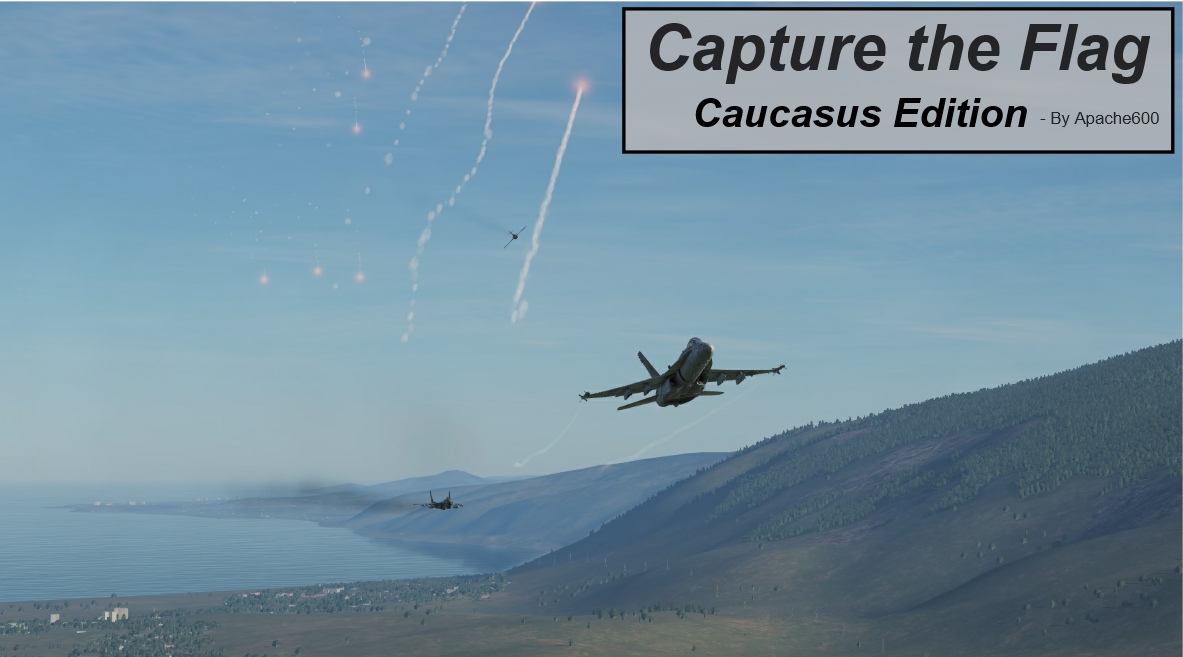 Type - Multiplayer mission
Author - Apache600
- Version 1.3 -
It's Capture the Flag ... but the most expensive version imaginable!

The first team to 30 points wins.
- Capturing the flag is worth 10 points (if you capture it, the flag resets and you can capture it again)  The Flag is the colored smoke at the enemy airport.
-  Shooting down an enemy aircraft grants you 1, 2, or 3 points, depending on the aircraft destroyed.   The more sophisticated the aircraft, the more points it's worth.  (The Yak-52 and CE II are worth zero points.  Use this to your advantage!)

Once your aircraft picks up the enemy flag, an Orange spotting flare will fire from it once every second until you drop the flag off at your base .... or crash.

Every airplane is immortal for 60 seconds after spawning.  This is to dissuade people from getting behind the enemy spawn locations and shooting them down right away.

Aircraft that can carry Air-Air missiles only spawn with 2 IR missiles.  And there are only a very small number of additional missiles at your home base.  No Air-Ground weapons are allowed.

If you want to switch aircraft, you MUST land in your own flag area, and come to a complete stop, before switching aircraft.  This is the only way to de-activate the point system so you won't count as being killed.