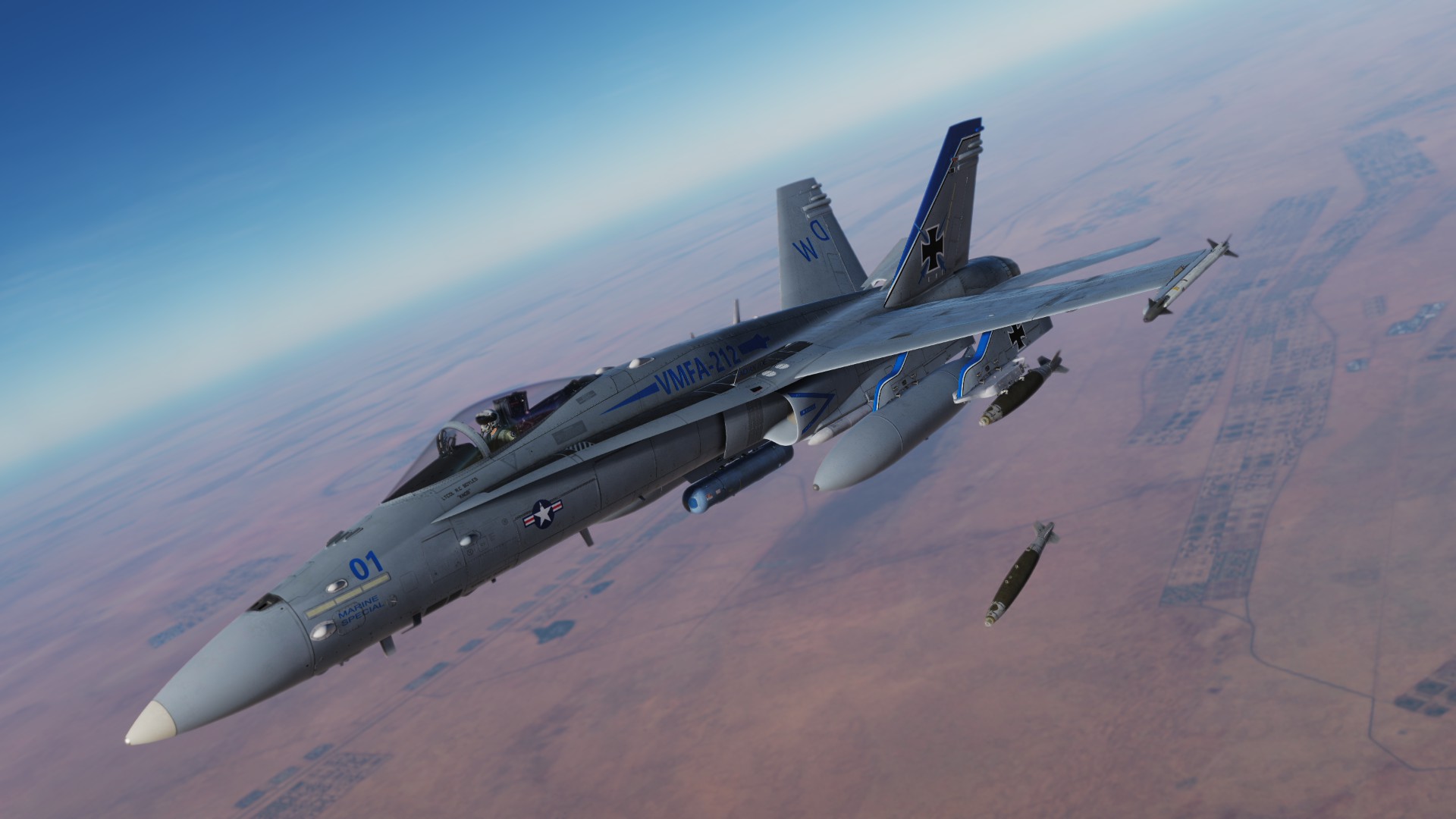 Type - Skin
Author - Spectre570
Marine Fighter Attack Squadron 212 (VMFA-212) was a United States Marine Corps F/A-18 Hornet squadron. Most recently known as the "Lancers", the squadron was last based at Marine Corps Air Station Iwakuni, Japan and fell under the command of Marine Aircraft Group 12 (MAG-12) and the 1st Marine Aircraft Wing (1st MAW). Due to a re-organization within Marine aviation, the squadron was deactivated in 2008. It is scheduled to be reactivated as an MV-22B squadron in 2019 under MAG 26 at MCAS New River, NC.

These liveries are based on the 2006/07 VMFA-212 "Lancers" CAG and low visibility Hornet livery.