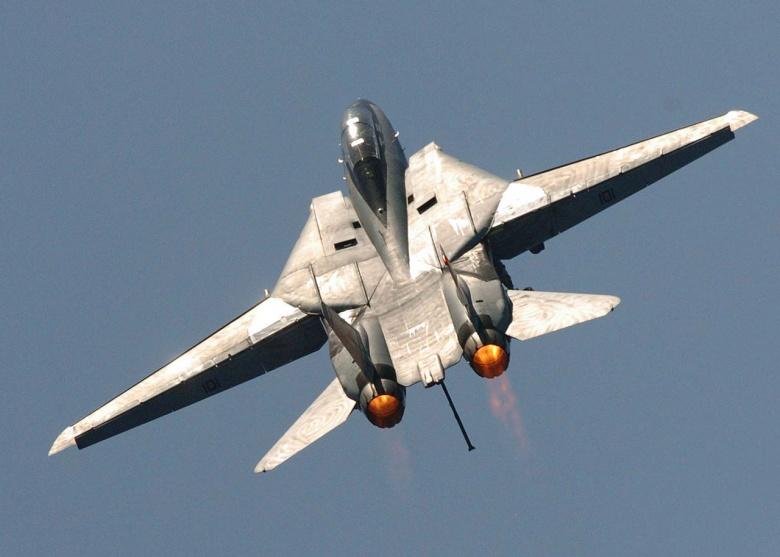 Type - Single mission
Author - TheHighwayman
This is the last mission of 'Duke' Mitchell, the father of Pete 'Maverick' Mitchell of Top Gun fame. The mission is another take on the story told by 'Viper' in the movie.

In this mission, you will fly the F-14 over the Persian Gulf in an attempt to protect a diplomatic transport flight departing Iran. However, you cannot cross into Iranian airspace, and Iran isn't about to let the transport go. Can you defend the transport and make it home alive against all odds? Or will little Pete Mitchell grow up without his father, struggling without the knowledge of what happened that tragic day? You will decide.

The mission features random triggers which will adjust difficulty for replay value.

NOTE: This mission has been updated to fix catapult launches. A previous version had an older carrier (Carl Vinson) and pitched some aircraft into the sea. This is now FIXED.

The movie is vague about what happened to Duke Mitchell. However, it is clear he went down fighting. This is your chance to see if you can do better.

Official lore says Duke was flying an F-4, presumably near Vietnam or China, perhaps off the USS Ornisky. But this mission is an alternate take and features the amazing F-14 module by Heatblur. Could he have been flying one of the first F-14s deployed to the Gulf?

I encourage you to rate the mission and to post feedback and comments below. It is the only compensation we mission editors get from the community, and we use your feedback for encouragement and ideas when building additional missions. If you would like me to tweak the mission or make some changes to suit you, I am often willing to do so. Connect with me on the forums, I'm, 'TheHighwayman.'

A note: I don't expect anyone to "win" this mission; I expect you to die. But if someone does beat the mission, post your report below, I'd love to read it!

A final note: You can play this mission from the RED side. I may modify it further with triggers and comms for the RED. All you have to do is set a RED aircraft of your choosing (you must have the corresponding module) to "Player."