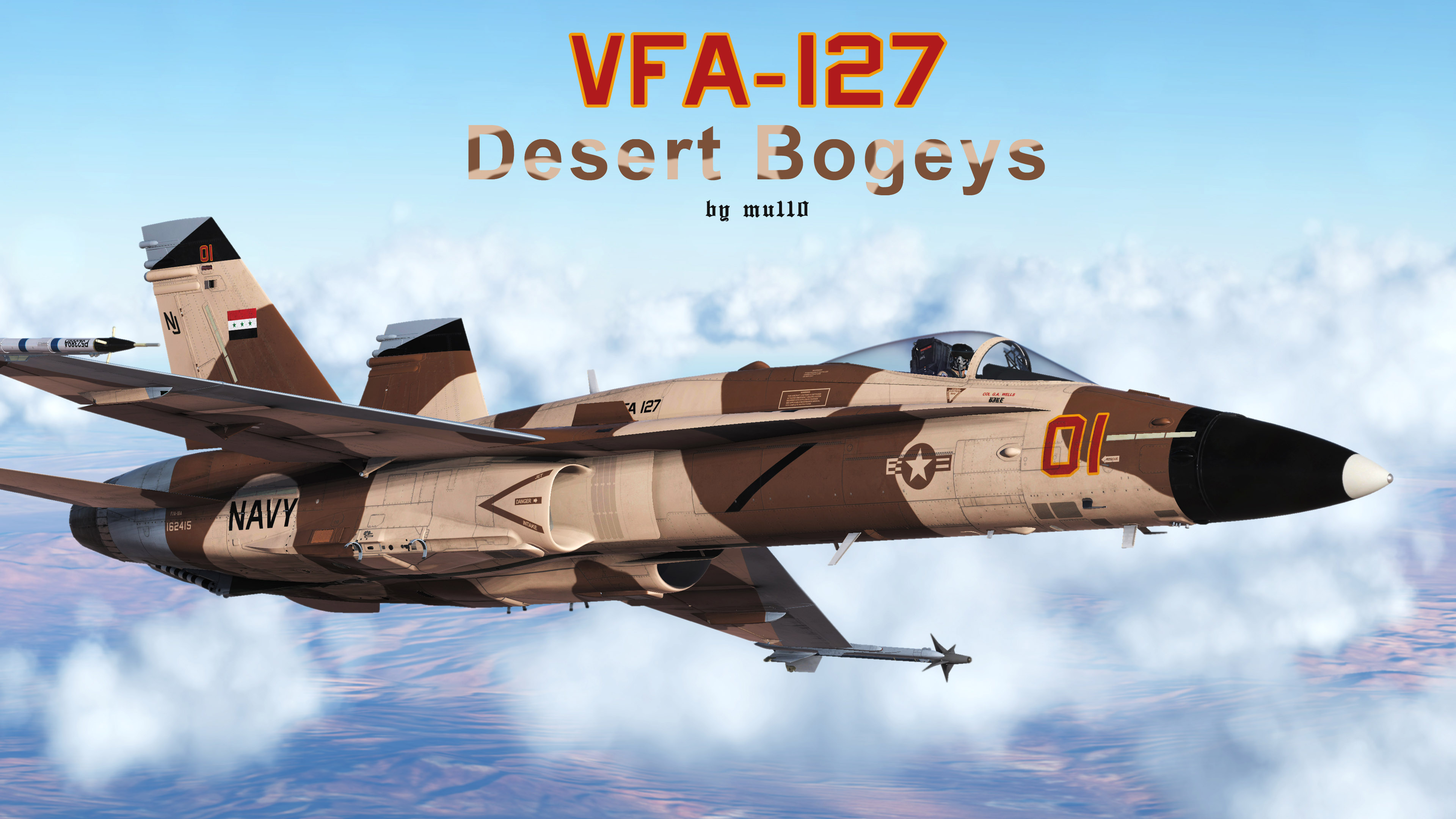 VFA-127 Desert Bogeys was a Navy aggressor squadron which operated the F/A-18A fr om 1992 to 1996 after which they transitioned to the F-5. They were stationed at NAS Fallon wh ere they provided adversary training for Pacific coast squadrons. These were the only F/A-18s ever flown by VFA-127, this pack represents the squadron circa 1993.

Included in the download are aircraft numbers 01, 02, 03, 04, and 06. Each camouflage livery has been individually hand painted making each one unique. The skins feature flags of either Cuba, Libya, or Iraq, and include details such as false intakes painted on the leading edge extension and on the side of the fuselage intended to mimic those of a Mig-29. This pack also includes tan flight suits as well as white helmets with the velcro patch and accurate squadron patches. The BuNo of each aircraft is historically correct, also included are the matching illuminated BuNo's in the cockpit. Although the names on each of the aircraft belong to real VFA-127 pilots from this time period, exactly which of the squadron's planes they are painted on may not be correct. They also flew the F/A-18A, not the C model. This pack should therefore be considered semi-historical.

Note: These aircraft are almost always pictured without any pylons or fuel tanks, so I have kept them the standard gray color. I have included a couple different designs of alternate fuel tanks in the pack which have the same camouflage pattern as the aircraft if realism is not your number one priority. Simply go into each livery's folder and swap the [ALTERNATE] in the filename from one fuel tank texture file to the other.

These skins are available for both the US and US Aggressor factions in game.

You can visit this pack's forum thread here. http://forums.eagle.ru/showthread.php?p=3864303
Please let me know if you find any errors with the skin or have any comments/questions. Enjoy!
Tags: vfa-127, aggressor, f/a-18c
FOLLOW US