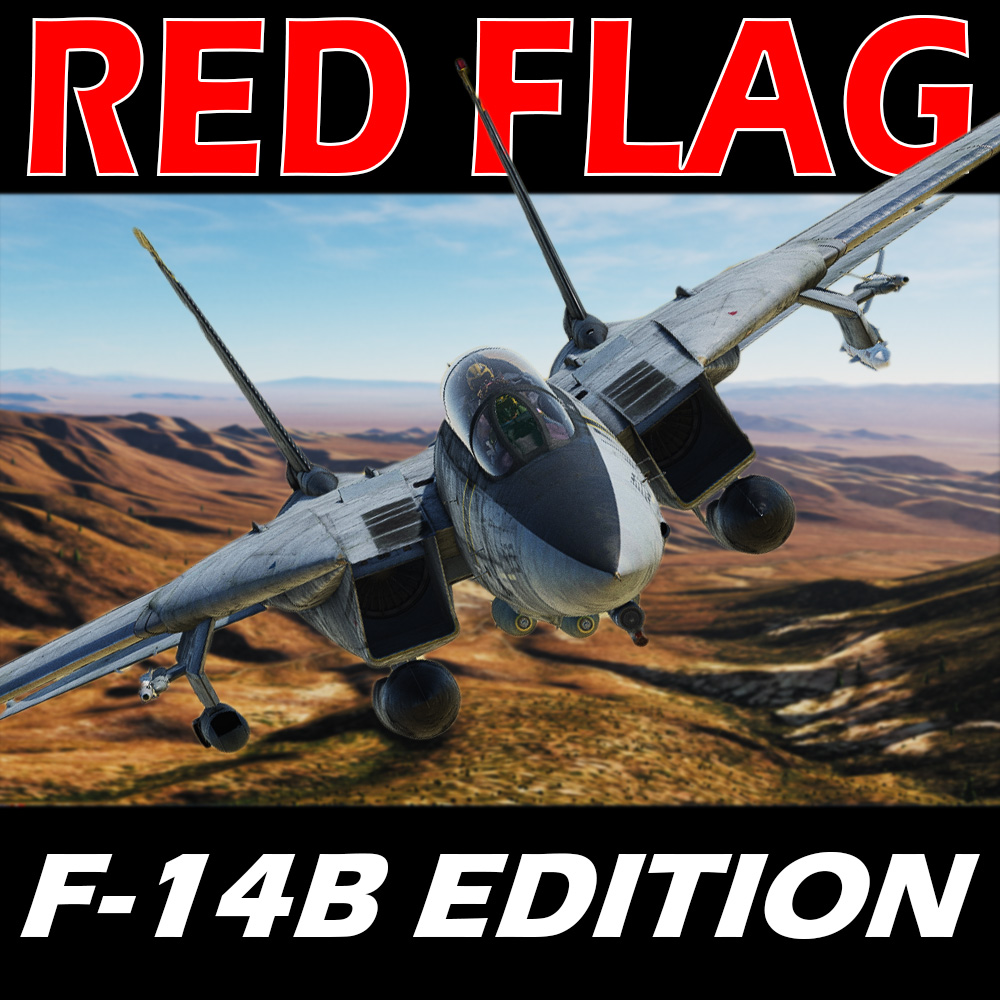 Welcome to Red Flag Mission 1.  My goal in creating this mission is to simulate a realistic air to ground Red Flag mission for the new DCS F-14B Tomcat.  In order to fly this mission successfully, you’ll need to execute critical tasks, from hitting your timing points to low level flying to possible air to air combat.

Today, Blue forces will pre-emptively strike the Red Forces staging near the DMZ.  The attack will consist of several F/A-18 and F-14B strikes upon Red Command and Control facilities adjacent to the border, plus SEAD strikes against SAM, AAA and EWR sites.  Aiding this effort will be several flight of F-15 and F/A-18 fighters to take care of any hostile airborne responses.


Dodge 1 Flight will be targeting a Red Command and Control Bunker located at NB 67587 40715 in Range 74B, utilizing a low level, high speed run into a pop up, MK-83 bombing attack.  You will only be making one pass, then egressing northeast at high speed and low altitude.

•    This mission is trigger based and these triggers rely on you overflying your waypoints to trigger the next event.
•    Upon reaching waypoint 1 you will be pushed to ALLEYCAT
•    You must decide whether to aerial refuel prior to the push, or go without. This question will be asked of you by ALLEYCAT shortly after checking in.  Answer via the
Radio Menu F10 Other option.  While you may not NEED to tank, it’s good to practice AAR. That’s what they do in the real Red Flag, give it a try!
•    Be at the Push Point (Waypont 2) on time (16:45) and start a descent to low level.  Maintain at least 440 KIAS!
•    Be at very low level by the time you reach Highway. Fr om waypoint 3, ensure you are flying low and at least 480 KIAS.
•    The IP is wh ere you will be turning south towards the target.  Use the mountains to mask yourself fr om the Red Air Defenses.
•    Approaching the target, Pontiac 1 flight is tasked with destroying the SA-8 adjacent to the bunker.
•    Utilize a pop up attack to bomb the bunker.  Ensure that you pull out of the resultant dive at least 1000agl.  MANPADs are expected around the target, so liberal use of flares and evasive manoeuvres is recommended.
•    Egress the target at high speed HEADING 030.
•    Remember, it’s important to overfly each waypoint or fix as directed by ATC, Darkstar or Alleycat.  This mission is trigger based, and relies on you to navigate to these points to trigger the next event.
•    DO NOT CHANGE THE WEAPONS LOADOUT! Mission functionality requires you to fly with what you’re given.


There are two instances in the mission wh ere you will need to use the Radio Menu / F10 Other menu to make a choice.

•    The first will be somewhere between waypoint 3 and 4, when ALLEYCAT will inquire as to whether you would like to do aerial refuelling prior to the push time, or not.
•    The second time will occur when/if you are complete with the air to air refuelling when you’ll need to use the Radio Menu / F10 Other option to contact AWACS when you depart the tanker.
You CAN use the standard radio menu items to:
•    Contact Darkstar (AWACS)
•    Contact ARCO 11 (air refuelling tanker)
•    Command your Wingman on 246.5 MhZ

Besides the examples above, you will not need to use the radio menu to contact ATC or other mission elements.  These will happen at certain times or when you pass certain waypoints when tuned to the correct frequency.


NOTE:  The F-14 navigation is a bit... primitive compated to the Hornet.  I had to modify this mission a tremendous amount in order to work well for the Tomcat.  Learn about how to select waypoints, DP, IP and STs prior to flying this or you'll be frustrated!

The order of navigation is: