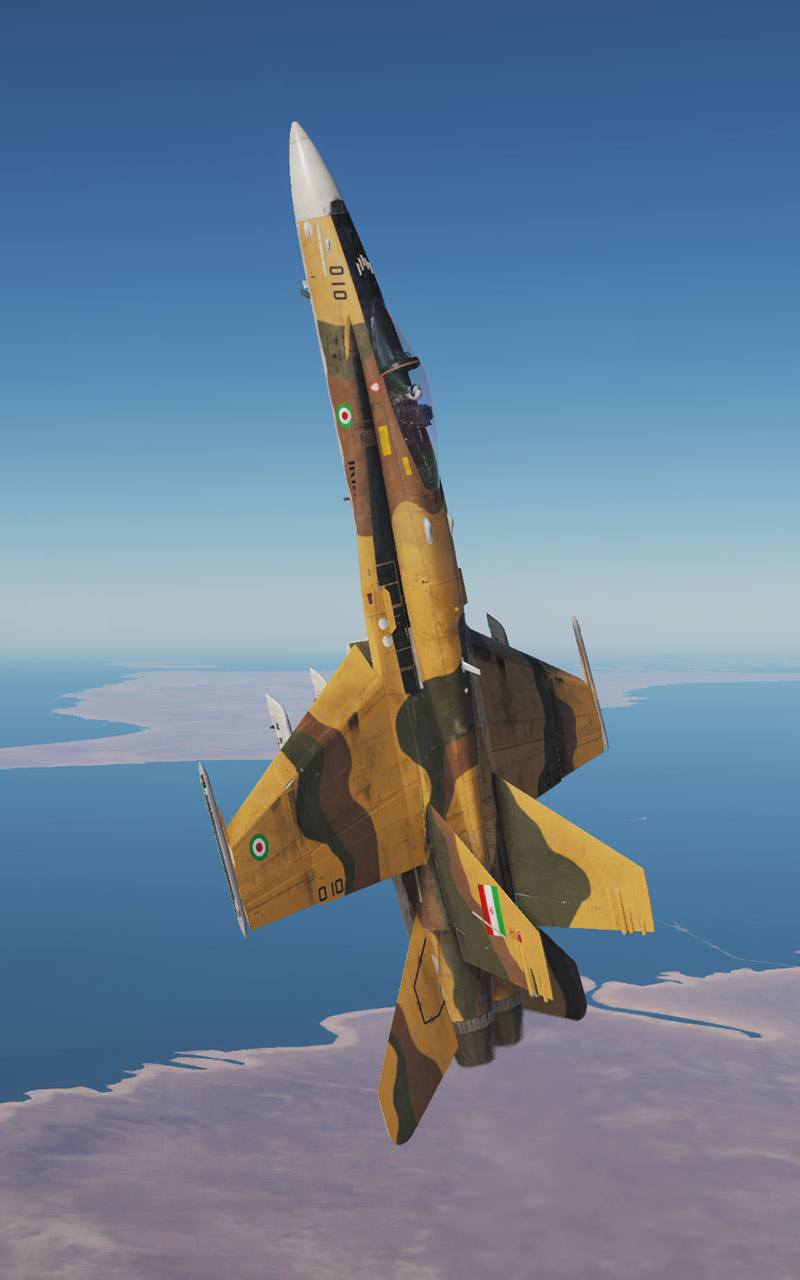 Type - Skin
Author - doedkoett
IRIAF skin for the F/A-18C Hornet, for an alternate reality where Iran was allowed by US Congress to buy 250 Hornets.

In 1978 The shah of Iran hade plans on replacing the old F-4s and F-5s with the two brand new aircraft, still under development in the US, the F-16 and the F-18. The deal was however stopped by the US government. But what if it hadn´t?<br /><br />
The aircraft Iran was interested in, was the Northrop F-18L, the land based version. The Shah wanted a total of 250 Hornets in addition to 300 F-16s. The Northrop F-18L was the result of the deal between McDonnell Douglas and Northrop allowing McDonell Douglas to develop the Northrop YF-17 Cobra further in to an all weather multi role combat aircraft for the US Navy and the Marine Corps. The F-18L would be much lighter since it would not have to be strengthened for carrier landings. The lighter weight would undoubtedly had made the F-18L a bit more agile than it´s carrier capable cousin.<br /><br />
However the F-18L failed to find any customers. Even countries without any carriers chose the carrier capable version from McDonnell Douglas instead.<br /><br />
The US government stopped the deal with Iran and then the revolution happened. Since there never was any F-18L, this skin will fit the DCS F/A-18C instead. <br /><br />
I hope you will enjoy this what-if skin.<br /><br />