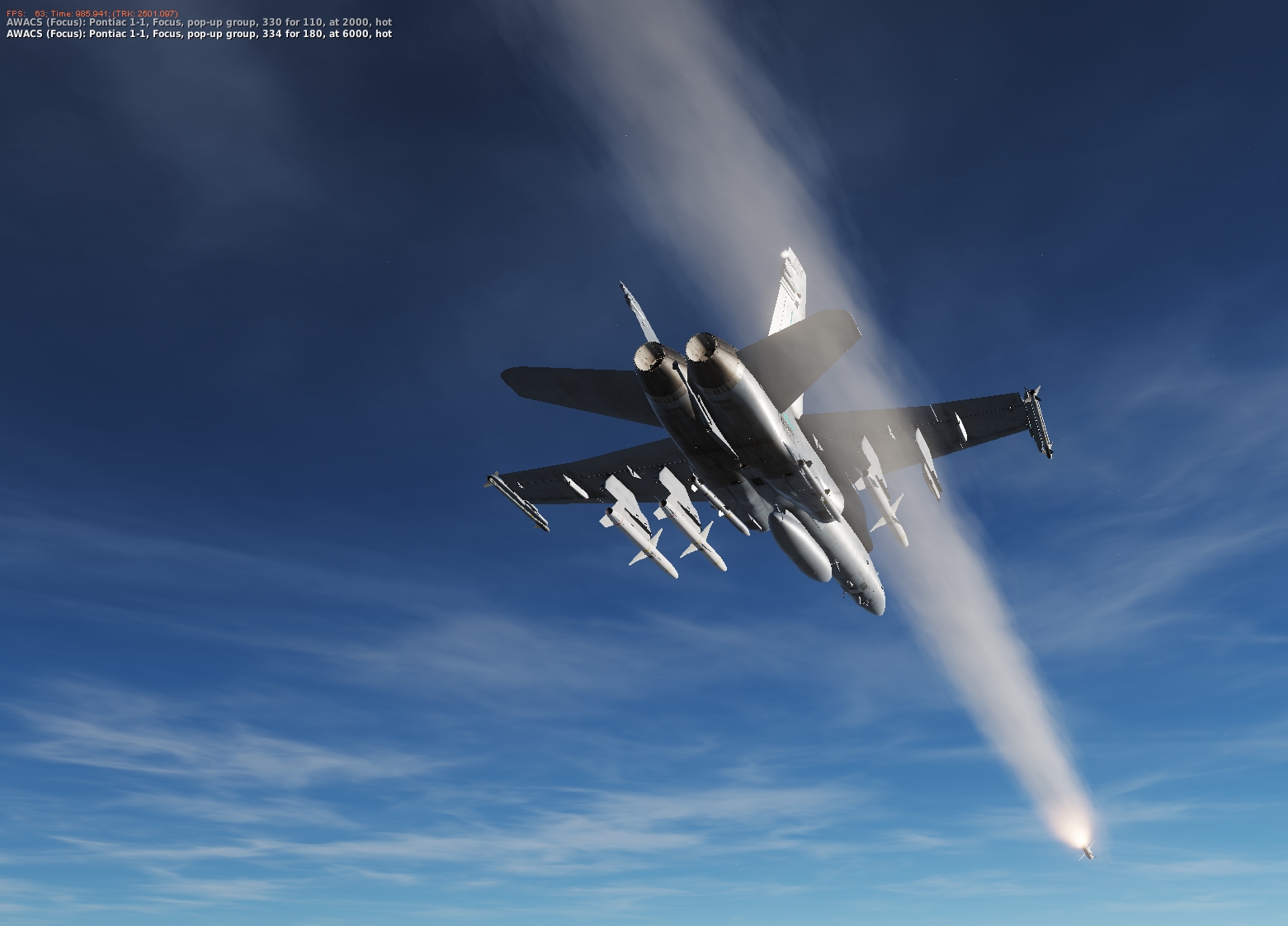 Type - Single mission
Author - marginal
In this mission you can practice using the HARM AGM-88C against SAM radars. The default loadout is HARM AGM88Cs however you can change weapons loadout in the mission editor to whatever you like.

The previous day's raid over Fujairah International Airport severely reduced REDFORs ability to defend the area from further air attacks. Today's mission starts with you, Pontiac 1-1, launching from Al Minhad AB and proceeding west to destroy two SA-6 radars (6 on RWR) and one SA-19 Tunguska (S6 on RWR). A SA-8 (8 on RWR) is located in the airport area although its precise location is unknown.

This mission now uses a MOOSE SEAD evasion script. If a HARM attack is detected SAM radars may turn off, attempt to shoot down the HARM and mobile SAM units may relocate to avoid the attack. SAM units have random skill levels.

CHEVY, DODGE CAP and FOCUS AWACS will provide protection from air threats around the target area. REDFOR fighter activity in the vicinity of the target area is expected.

Several flights will follow you into the area for a coordinated attack on the airport. ENFIELD SEAD/DEAD will destroy remaining SAM units, FORD and COLT flights will attack REDFOR command, ammunition, maintenance and fuel facilities at the Fujairah International Airport.

Light REDFOR air activity is expected north of the airport.

Weather Conditions:
06:45 local time, clear with light winds from the east. Smoke and fires in the target area from the previous day's raid. Altimeter QNH 29.92

1)Navigate to waypoints 1, 2, 3 and destroy SAM radars with HARM missiles.

3)Return to base at waypoint 0

4)ENFIELD, COLT and FORD flights will follow into the target area after PONTIAC SEAD.

121.8 - Al Minhad ATC for arrival back to base after mission completion.

CHEVY CAP will deal with REDFOR fighters in the vicinity of the target. Listen to FOCUS AWACS for BRA information, once FOCUS reports picture clean or BRA targets are 50+ miles away from you proceed to waypoint 1, 2, and 3. HARMs are not 100% guaranteed to hit radar targets. It may take more than one attempt to kill a radar.

I’ve successfully used high attack profiles 350 knots and 25,000 feet launching at 20NM, outside of the launch envelope of the SA-6. Try both SP and TOO modes and see what works for you.