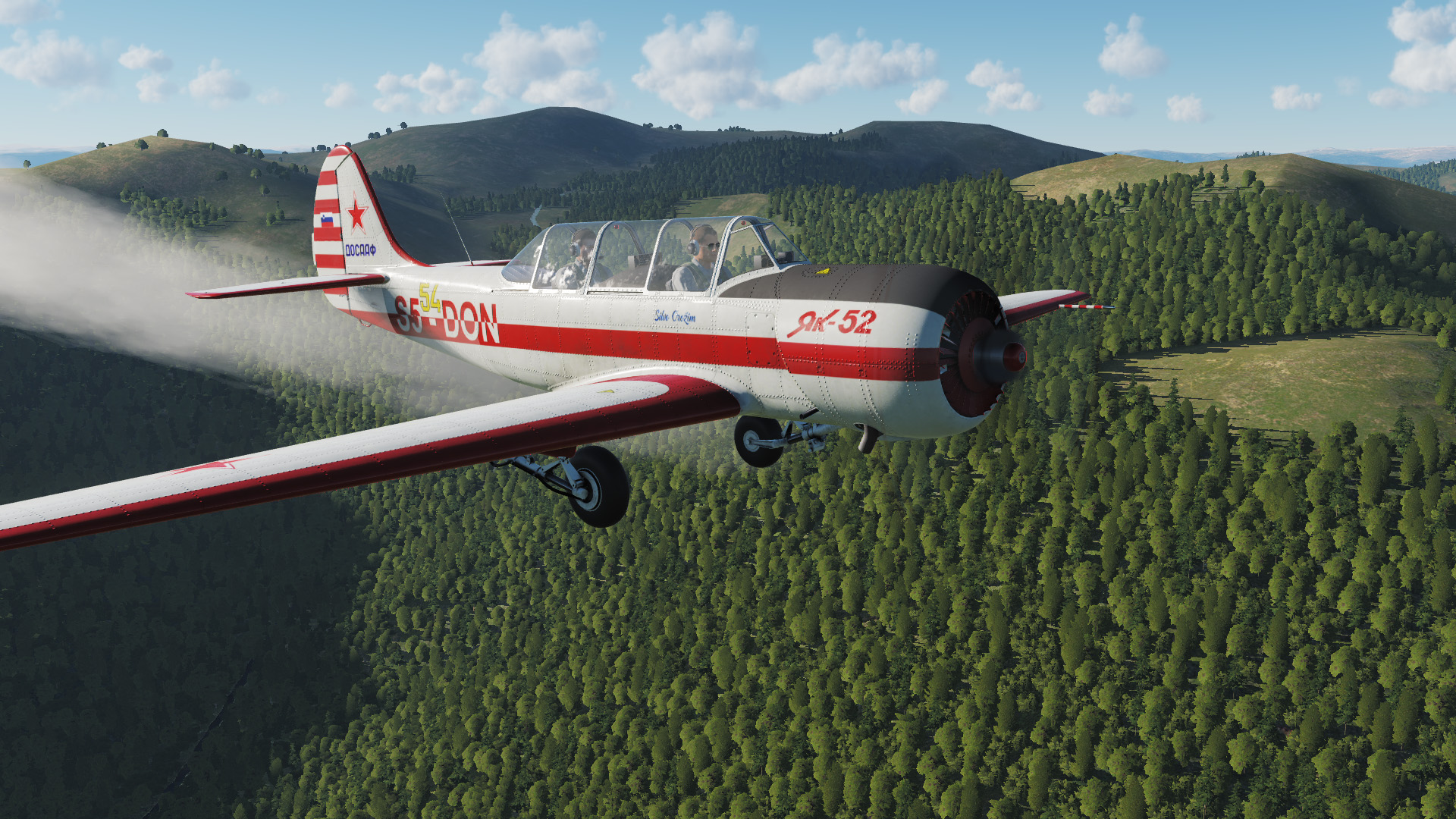 Package contains 2 skins based on a real Yak-52 that was part of the Falcon Air based at Lesce-Bled airfield, Slovenia. The owner of the company had at least three An-2s in service for tourist flights and paradrops as well as one Yak-52 that arrived by my guess sometime in the late 1990s.

Folder S5-DON1 contains the skin of an aircraft as it was in its initial painting - standard DOSAAF markings with large S5-DON two-split colour registration marking on the back fuselage with Yellow and Black bordered 54 bort number just above the registration. Owner's name Silvo Orozim was written below the front cockpit.

Folder S5-DON2 contains the skin of an aircraft as it appeared during most of its later career. I'm not sure when the change happened, but my guess is, after Silvo died and his son took over the Falcon Air. Changes include removal of DOSAAF logo, Silvo's name, stars on the top of the wings and bort number. Registration changed to a much smaller one, Yak-52 logo on the engine cowl faded to a dark yellow and the biggest characteristic of this plane was, that the aircraft was named "Donskij Kazak" or "Kazak of Don" - the aircraft bears the inscription in Russian Cyrillic on the left side under the cockpit and in Slovenian on the right side.