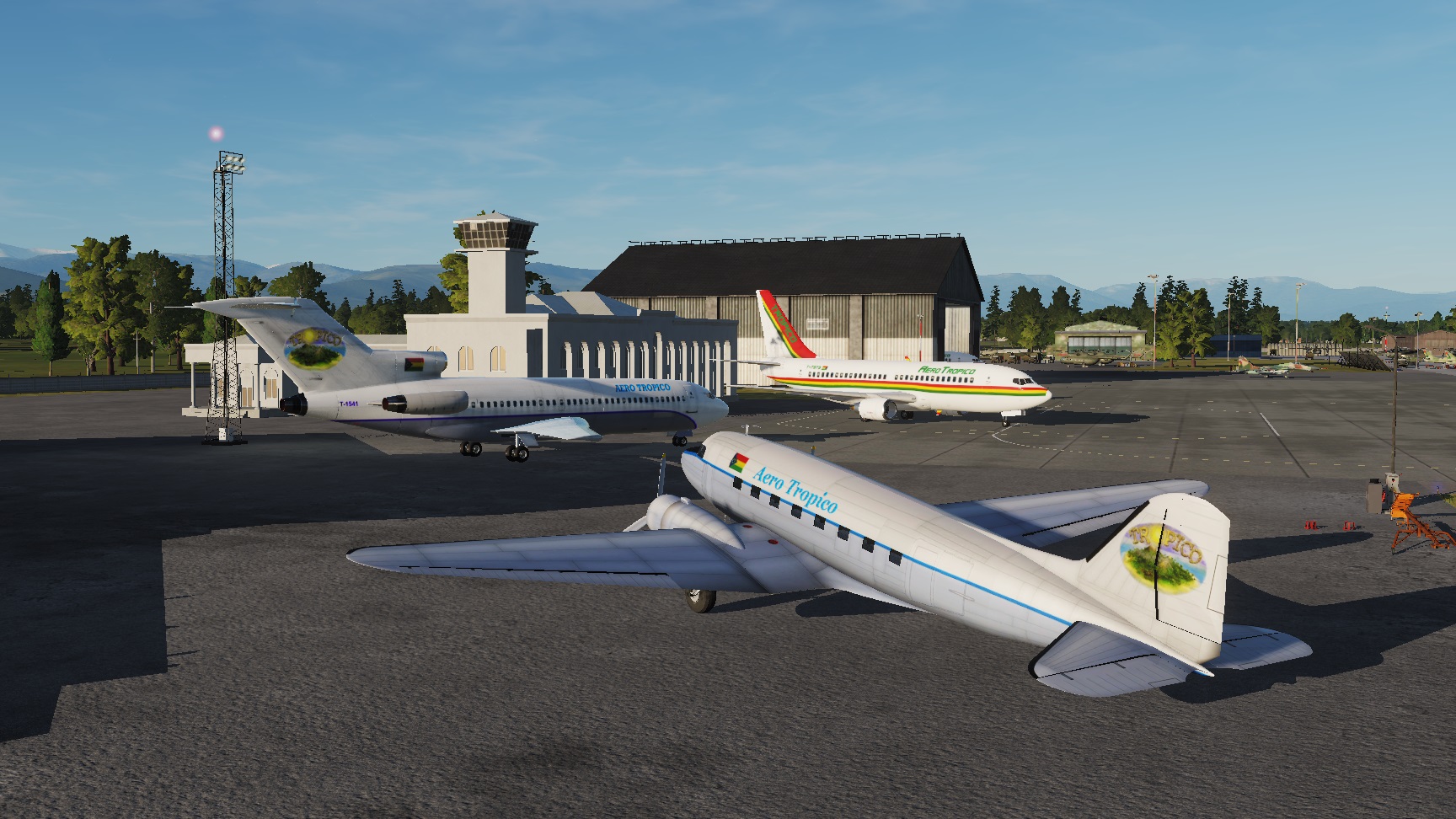 A pack containing a four Tropican civilian liveries for the DC3, B727 and B737 by the Civil Aircraft Mod.

Two liveries are included for the B727, an older and newer version, while the 737 livery is still in an unfinished state but should be fine from a distance.

Installation: the file is NOT JSGME/OvGME ready, you have to unzip it and manually place the skin folders to their respective livery folders: