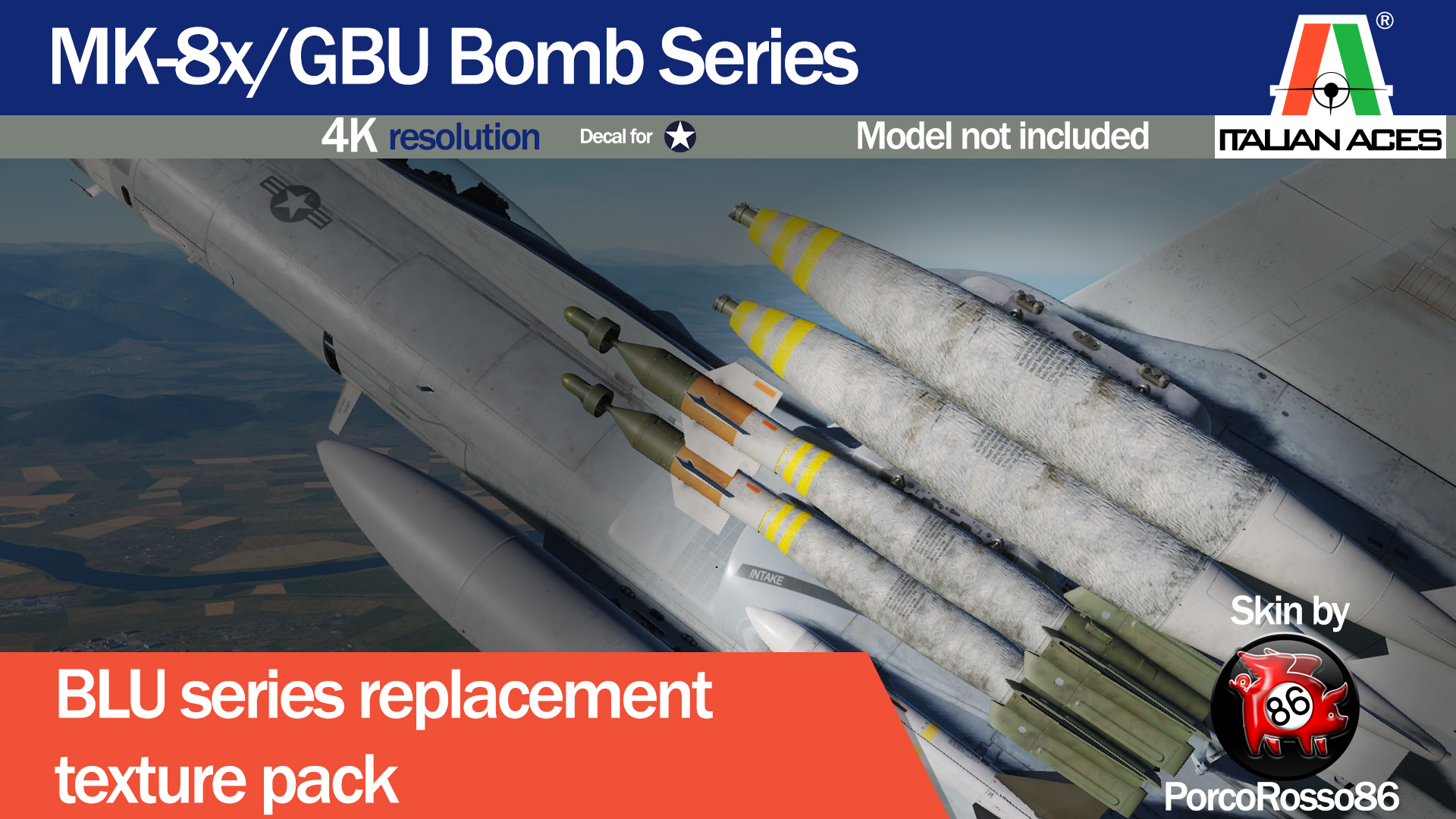 Hi there
This is a request fr om Greekbull.
This is a simply mod with shift the standard green tone Mk 8X bombs with the BLU light gray and with a new normal map to reproducing the ablative covering in the main body of the bombs.
The pack include new texture, normal and Roughmet of:
Mk-82
Mk-82 Snakeye
Mk-82 AIR
Mk-83
Mk-84
GBU-10
GBU-12
GBU-16
These texture are in 4k resolution. A bit high, but they has been done to be at the same level of the most used liveries in DCS.
Also I added, wh ere is possible, stencils and more details.
It's a work thought for the hi-res details fanatics, screenshot and video lovers, and for hi-performance machines user.
The work is based from the gray version of these bomb already included in DCS, but currently not available. I only modified the main body of the bomb in his base, normal map and roughmet map. When ED will be available the Mk/BLU choice option, these liveries will be converted for this possibility.

LICENSE
USN Mk 8x/BLU 4K Texture Replacement is a texture pack made by PorcoRosso86. Free license, do not redistribuite.
If you want to use my texture pack like a base of other, please put the credit and the link of the original skin.
Don't modify the original LUA comments of the original creator, but add another comment.
Tags: Mk82, mk-82, Mk80, bomb, bombs, BLU, usn, u.s navy, United States Navy, Texture Pack, Texture, replacement, PorcoRosso86
FOLLOW US