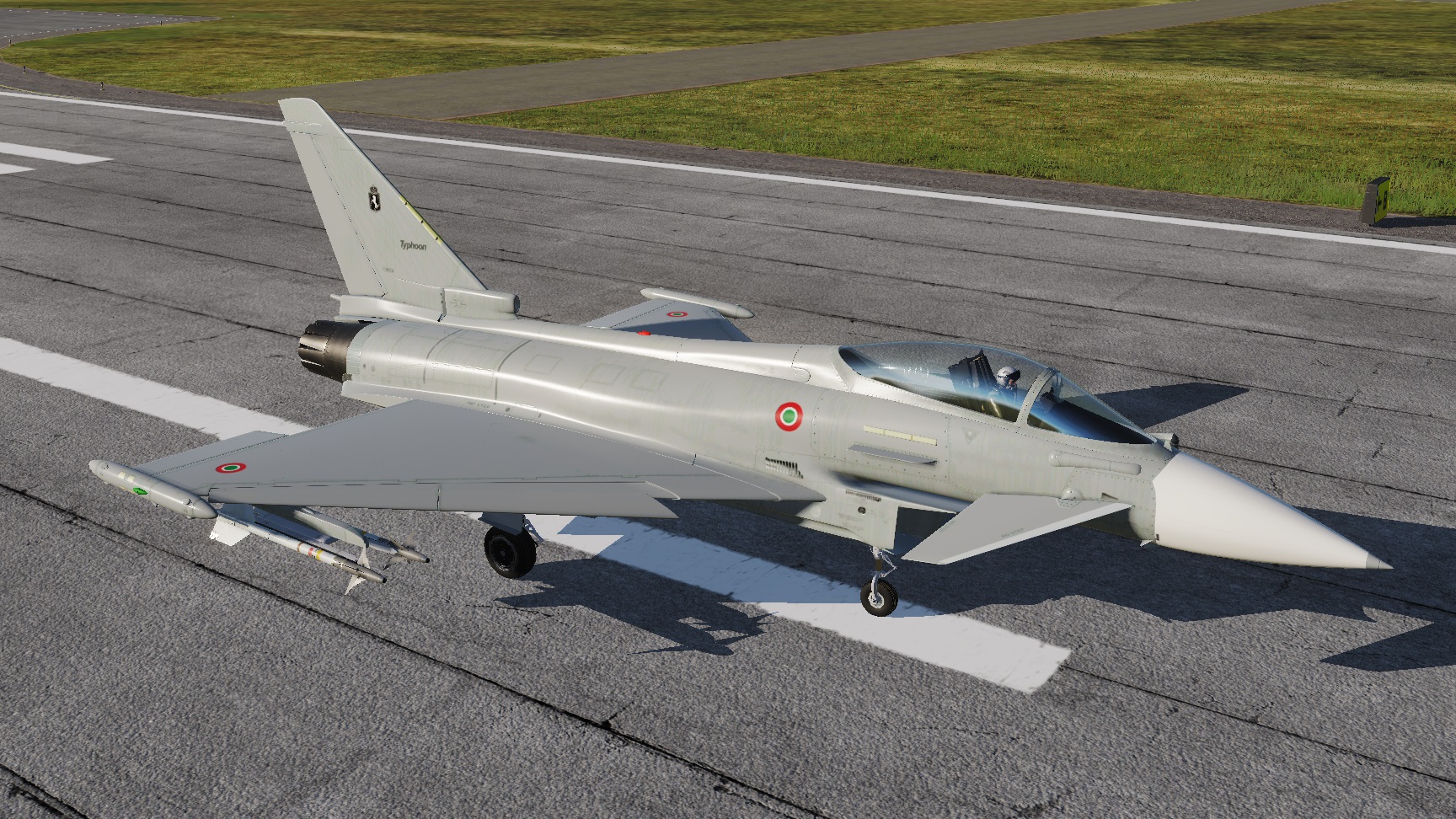 Eurofighter Typhoon in the livery of the Italian Air Force, based on an aircraft from the 4o Stormo (4th Wing), based at Grosseto. At the moment it is just a 'lite' version lacking registration numbers and minor details, further work is planned if a paint kit will be released.

Installation: the folder should be placed in the livery folder within the mod (usually: C:\Users\YOURNAME\Saved Games\DCS.openbeta\Mods\Aircraft\VSN_Eurofighter\Liveries\VSN_Eurofighter)