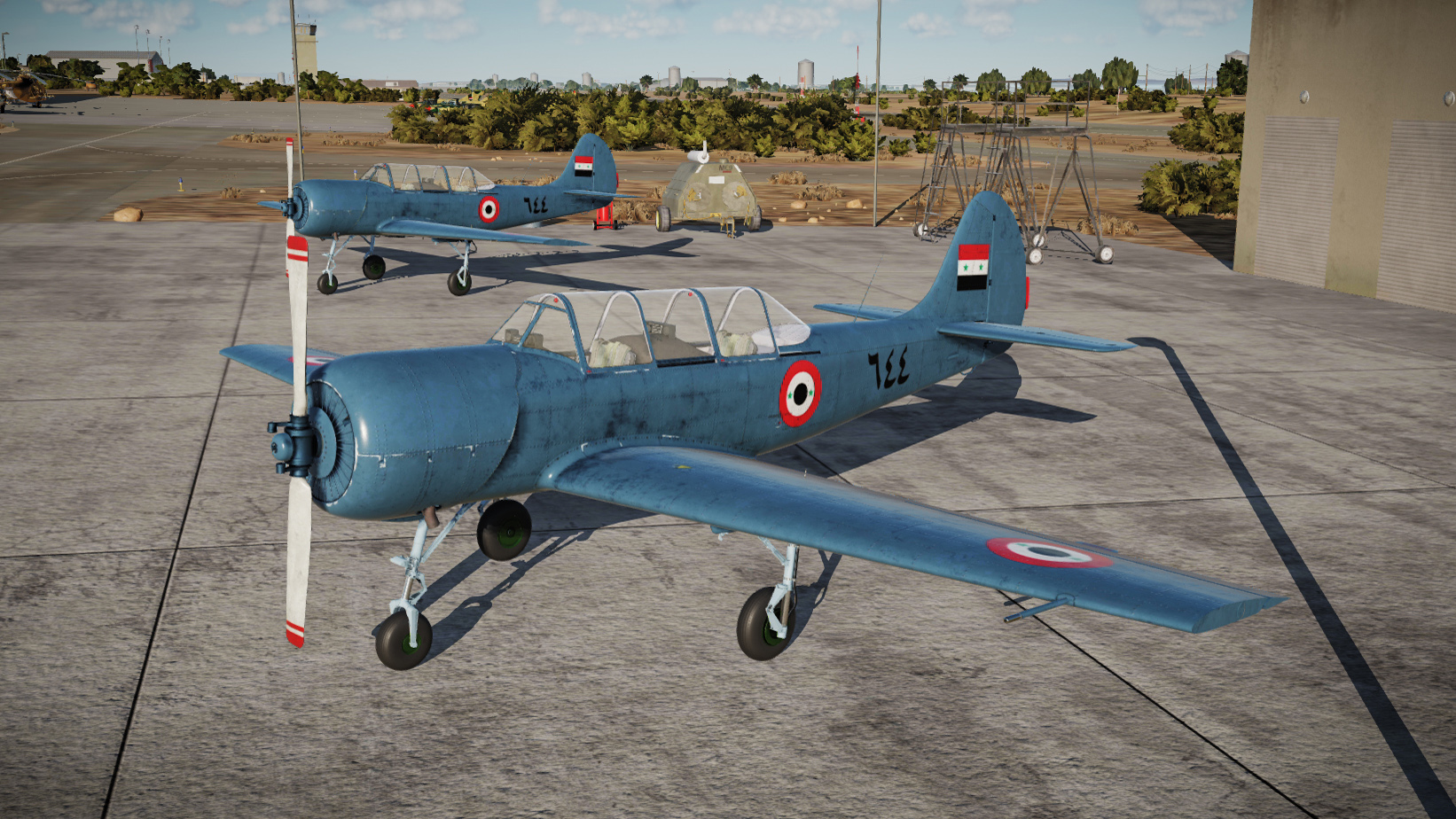 I wanted to make a nice skin for the Yak-52, that would be adapted to the desertic environnement of the Persian Gulf map. Unfortunately no arab country as ever been operating the Yak-52 but I found out that the United Arab Republic  has used the Yak-18A, which looks really similar to the 52. I though it was nice so I decided to go for it.
Tags: yak, 52, Syrian, UARAF, Yak, 18, Syria
FOLLOW US