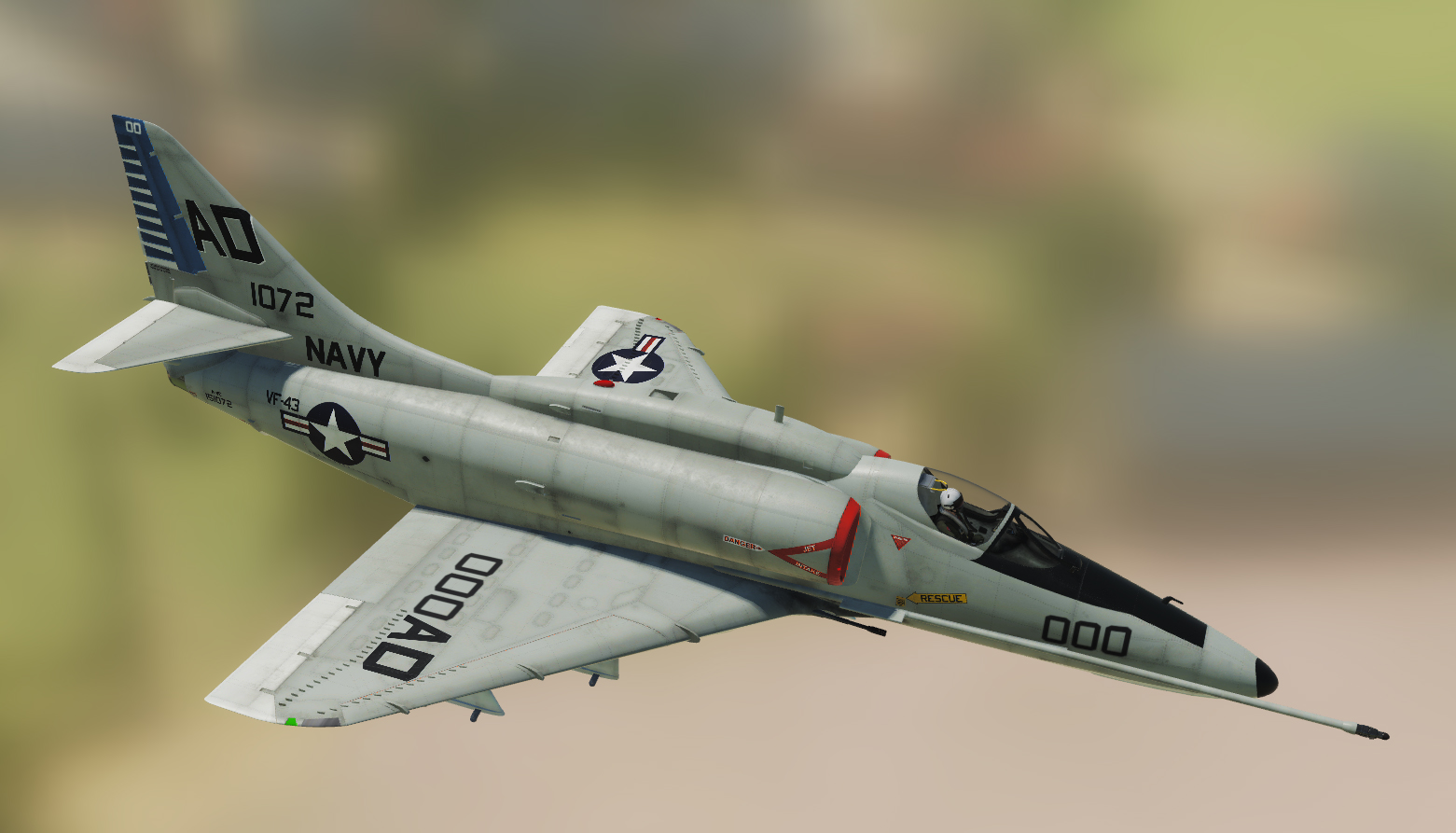 VF-43 was commissioned in 1945 as Fighter Squadron 74 (VF-74) and flew the F4U Corsair.  A year later, the squadron was redesignated VF-1B, VF-21 in 1948.  The squadron remained operational as VF-21 until 1959, when they were redesignated as VA-43 and assigned the role as the east coast fleet replacement squadron (FRS) for the F-11 Tiger and the A-4 Skyhawk.