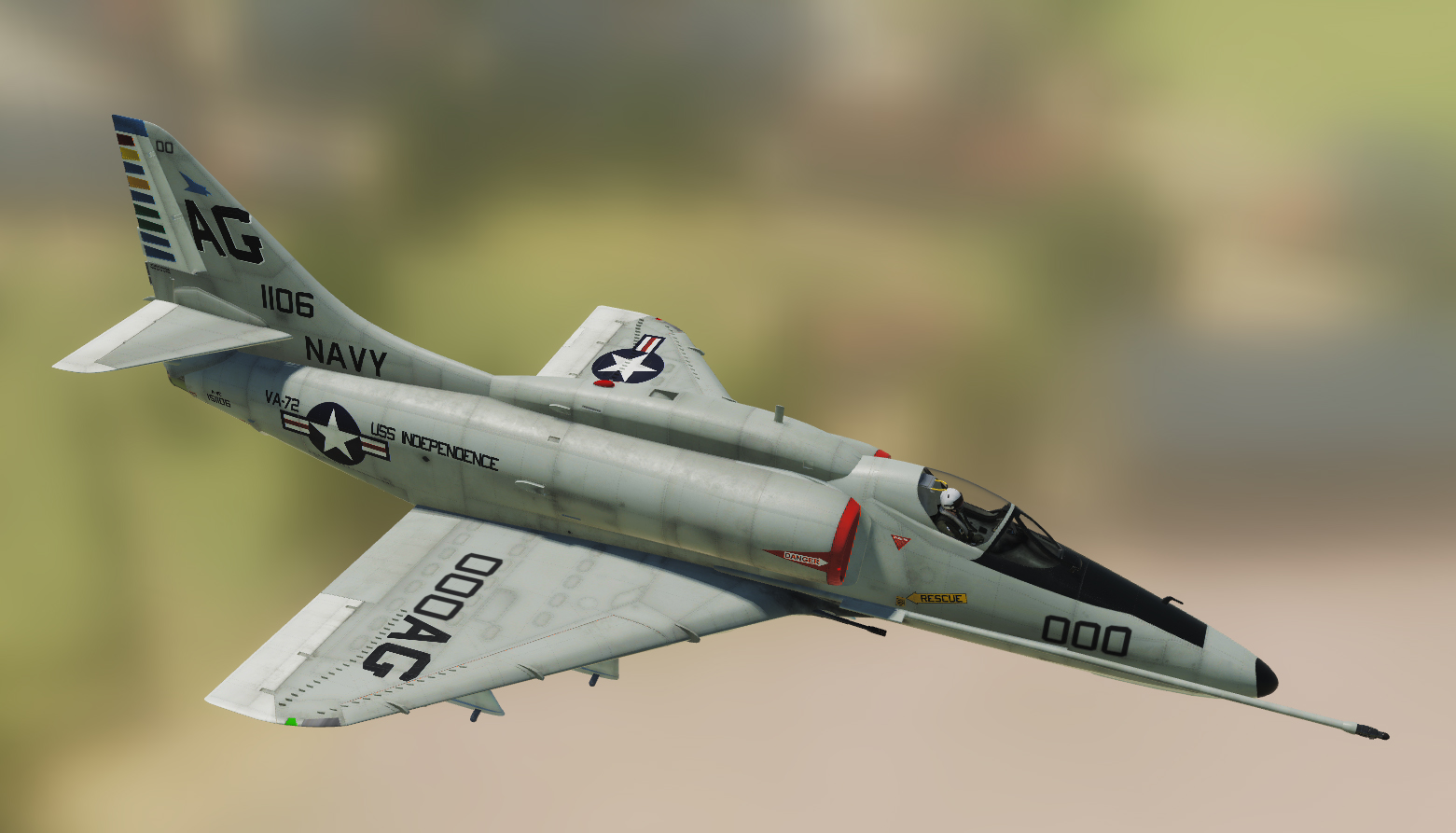 This skin pack includes a CAG and line brid with VA-72 markings circa 1965.

During its 41 years, the Blue Hawks participated in many conflicts.  In 1965 while flying the A-4E in Vietnam, VA-72 led the first successful strike against a SA-2 site.  VA-72 also participated in the Gulf of Sidra Freedom of Navigation exercises (during the timeframe USN F-14s shot down two Libyan MiG-23s), and later participated as SEAD in Operation: El Dorado Canyon, the strike on Libyan targets in response to the bombing of a Berlin Discotheque.

In 1990 and 1991, VA-72 participated in Operations Desert Shield and Desert Storm, including the first strike against targets in Baghdad.  To put a bow on a distinguished history, VA-72 participated in the last naval air strike of the war, a war in which they flew 362 sorties without losing any aircraft or aviators.