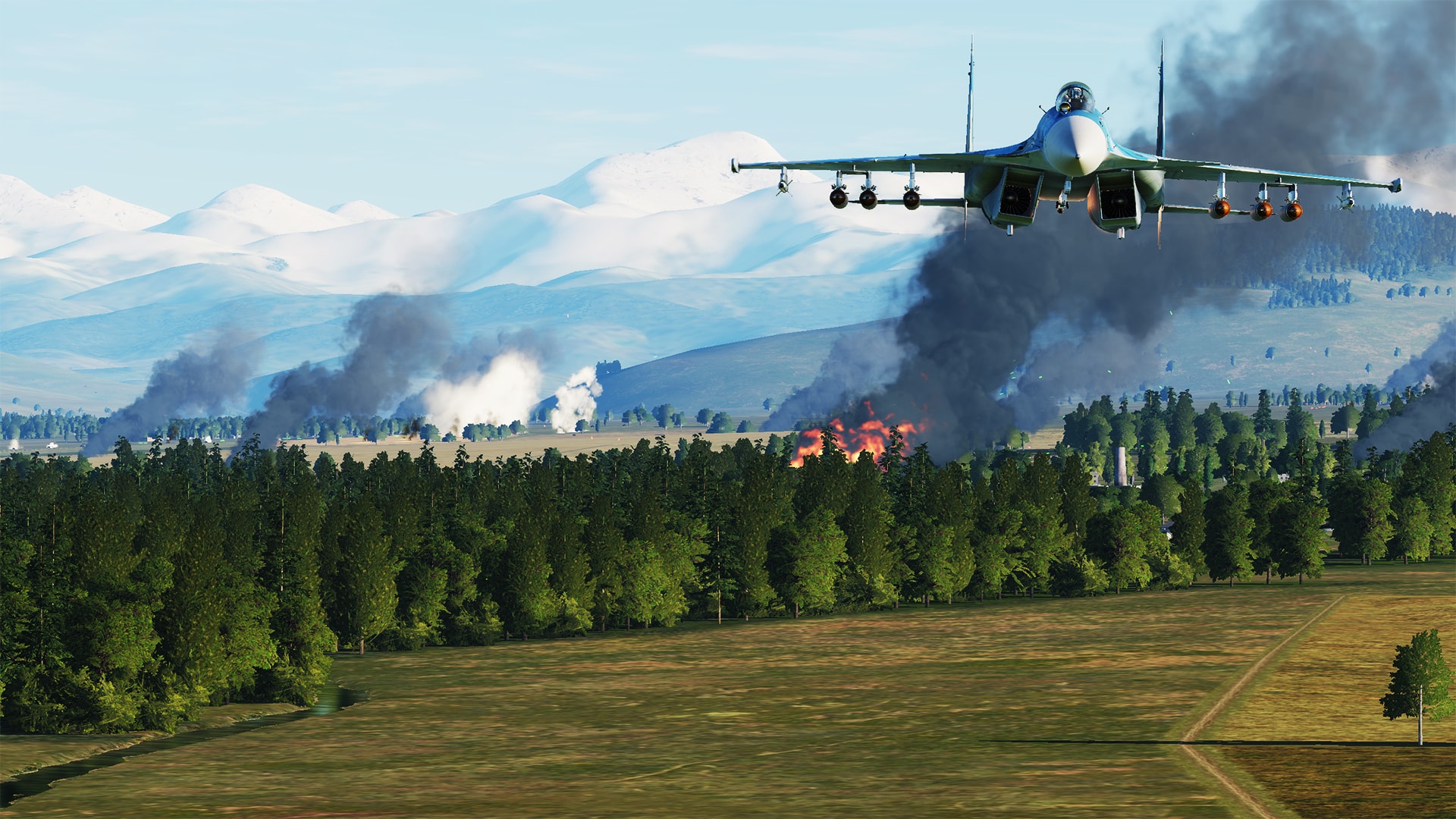 After getting positive reviews on my first mission (MANPADS Trouble - Check it out if you want :D ), I decided to create my second mission.
This mission is a Su-33 interdiction into Georgia set in 2018. The basic plan is: Get low, strike fast and get out.  Any feedback is welcomed.
5 August 2018:
As a response to our involvement in the Ukrainian crisis and in Syria, NATO and the Georgians began to provoke Russia in South Ossetia. What began as provocations and cross border fire incidents, has escalated into a full scale conflict. Hostilities began when what was supposed to be a NATO-GEORGIAN training exercise, turned into a surprise Georgian offensive into South Ossetia. Ukraine and NATO provide non-combat support, but we are unaware of any covert operations.  So far, most Georgian long range SAMs have been destroyed and a counter offensive is underway.

You have been transferred fr om the Northern Fleet to Mozdok. Naval pilots will gain valuable combat experience that will serve them well once they get back to the carrier.

An ammunition depot and artillery staging area was uncovered by reconnaissance assets. It is located far behind enemy lines and is considered of high value. However, we have been unable to take out all medium to short range SAMs. This will lim it all interdictions to nap-of-the-earth flight.

Since you will fly close to the ground, you will be exposed to AAA and MANPADS. You will need speed and extremely low flying to successfully penetrate the air defenses.

Be advised, many tanks, AAA and MANPADS are present in the combat area. We don’t expect them once you penetrate the frontlines. We estimate that 2-5 Buk systems are operating.

We do not expect enemy aircraft besides helicopters.

Take off and proceed to waypoint 2.

As you cross the Georgian border, dive down into the river valley and follow the river. This will mask your approach.

Once you reach our frontline near TSKGINVALI, engage full afterburner. Speed and low altitude will be necessary to defeat both SAMs and AAA. We don’t expect AAA once you reach waypoint 6, except around the TA. The valley between waypoint 6 and 7 should give you relative security from SAMS to at least 200 m alt.

Once you are close to the target, pop-up and deliver your payload in one pass.

Once you strike the depot, RTB following the waypoints and remain alert until you reach our lines. Remember that from waypoint 9 to our front lines, you will be exposed to SAMs again.

A tanker is available to refuel.

DISCLAIMER
HE RUSSIAN VOICE OVER WAS MADE WITH A TEXT TO SPEECH UTILITY
Tags: Su-33, single player, mission, interdiction, Georgia
FOLLOW US