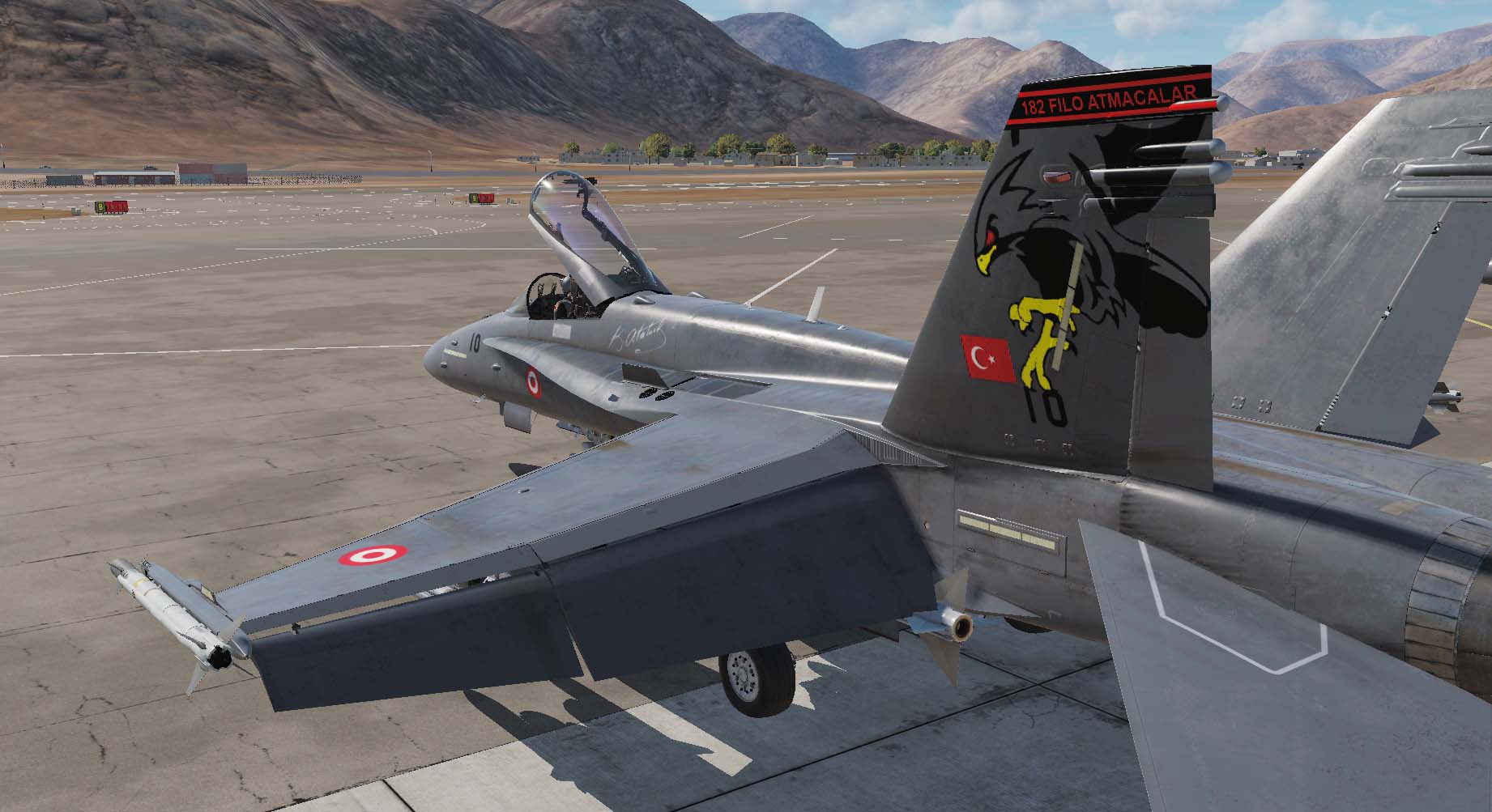 I think that the possibilities fo the curnet stahe of Hornet are pretty much similar as the possibilities and roles of the Turkish 182nd Hawk Squadron so I decide to make this skin for all DCS players who like Turkish squadrons. Also, this skin will be used in one of my campaigns for Hornet that is in development phase. Under you can read about F-16 182nd Hawk Squadron if you are interested, read, if you are not then enjoy in skin :)

182 Filo was the second squadron in Diyarbakir to receive the new F-16. Like most squadrons within the Turkish Air Force, these are of the block 40 version. Diyarbakir AB was the last to convert to the block 40 version since Turkish orders for new F-16s in later acquisitions were of the block 50 version. The F-16 replaced the F-104G Starfighter, as in most European NATO countries. The squadron was mainly tasked with air defence and this task remained with the arrival of the new fighter, although all kind of missions can be flown with the F-16.

Although the squadron is equipped with a version of the F-16 which is specialised in day and night-time attack missions when an advanced targeting system is installed, 182 Filo is mainly tasked with air defence. This is very necessary since the squadron is the only in the south eastern part of Turkey with this mission. The region is well-known for its unstable nature near the Iraqi border and with regular Kurdish attacks in Turkish territory, the squadron’s schedule is mostly quite busy.
FOLLOW US