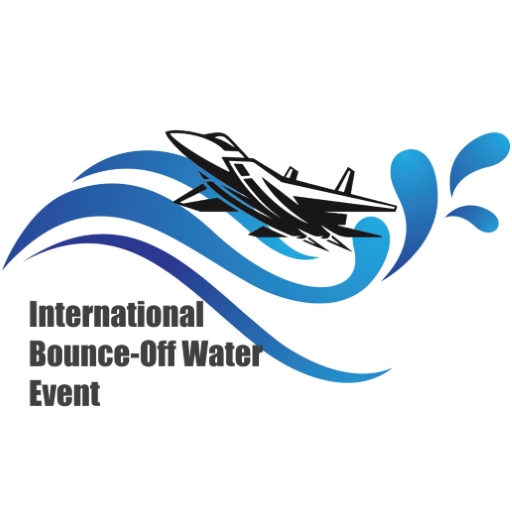 The mission forum thread is here:

Welcome to the International Bounce-off Water Event, where skilled pilots from everywhere

around the world, come to compete in that fast and dangerous time attack race.

You are Artem Vasiliev, a local Russian Air Force pilot, which has been tasked to compete in

the event vs the best. You are flying with your colorful wingman Frag, who will play a

navigator role for the event, sitting right behind you. Good luck, and represent the local air

highest speed and lowest altitude as possible in their classic L-39C. The end of the race is

triggered by the destruction of a fuel truck, placed at the finish line, which please the

crowd to the highest level. The young event brings dozens of thousands of tourist in the area

as the race is now known to be extremely dangerous and exciting, requiring the cream of the

pilots. As the Russian government thought about cancelling the event for its high numbers of

accidents, the money brought to the region by the tourism and the growing international

popularity of the event said otherwise. Never the less, many well-known air show teams from

-    10 teams are joining the event.
-    The plane to be used is the L-39C with no less than 25% of fuel.
-    The weapon to be used to destroy the truck should be the S-5KO rocket pod.
-    Each pilot needs a navigator aboard the plane.
-    Only one team is present on the circuit. This is a time attack event.
-    The race start at the first bridge, between the orange smoke markers.
-    The race time stops when the fuel truck is destroyed.
-    The pilot that did the best time win. Many parameters will modify that timing (see

next section).
-    A complete ranking report will be provided at the end of the race.

final time.
-    Every ALTITUDE reading of more than 100 meters will add 7 seconds to the final time.

Note from the author

-    Was developed and tested on DCS 2.5
-    Your navigator, Frag, has dozens of custom voice recording.
-    Custom music, that can be turned off by switching the radio channel preset from 0 to

any other channel.
-    Even though it seems like a simple missions, there are DAYS invested in that mission.
-    If you want to modify the mission to play with another plane you can, but keep in mind

that the scoring card will not be balanced for the new plane. However both your plane and

pilot MUST be named ‘l39’ for the mission to work. Also the music is played on channel 220AM,

so select this channel if you want music.
-    I am planning to add the HAWK (when I will get it) and add the TOMCAT (when available)

later on.
-    You are representing the Russian Air force, but I am Canadian …so obviously don’t

expect the accent to match for the voice over.
-    Surprisingly, the “replayability” of this mission is quite high. I surprised myself

playing it over and over again to beat my own score. You will learn to handle the L-39C in

this mission …believe me.
-    But mostly TAKE A SCREENSHOT AND SHARE YOUR RANKING CARD HERE

-    The DCS engine will not let you play 2 custom sounds at the same time. So it could

happen that your navigator voice get cut by a violation buzzer. That bug was a plague for me

since initially your wingman AI was way more dynamic. I had to slow down a lot on his AI

speech, dealing with timing to avoid cutting. I will report the bug to DCS (but I guess they

are already aware of this). If that bug get fixed, I have a Version 2 of that mission.

and it will appear in DCS under the menu MISSION then in the folder “My missions”.