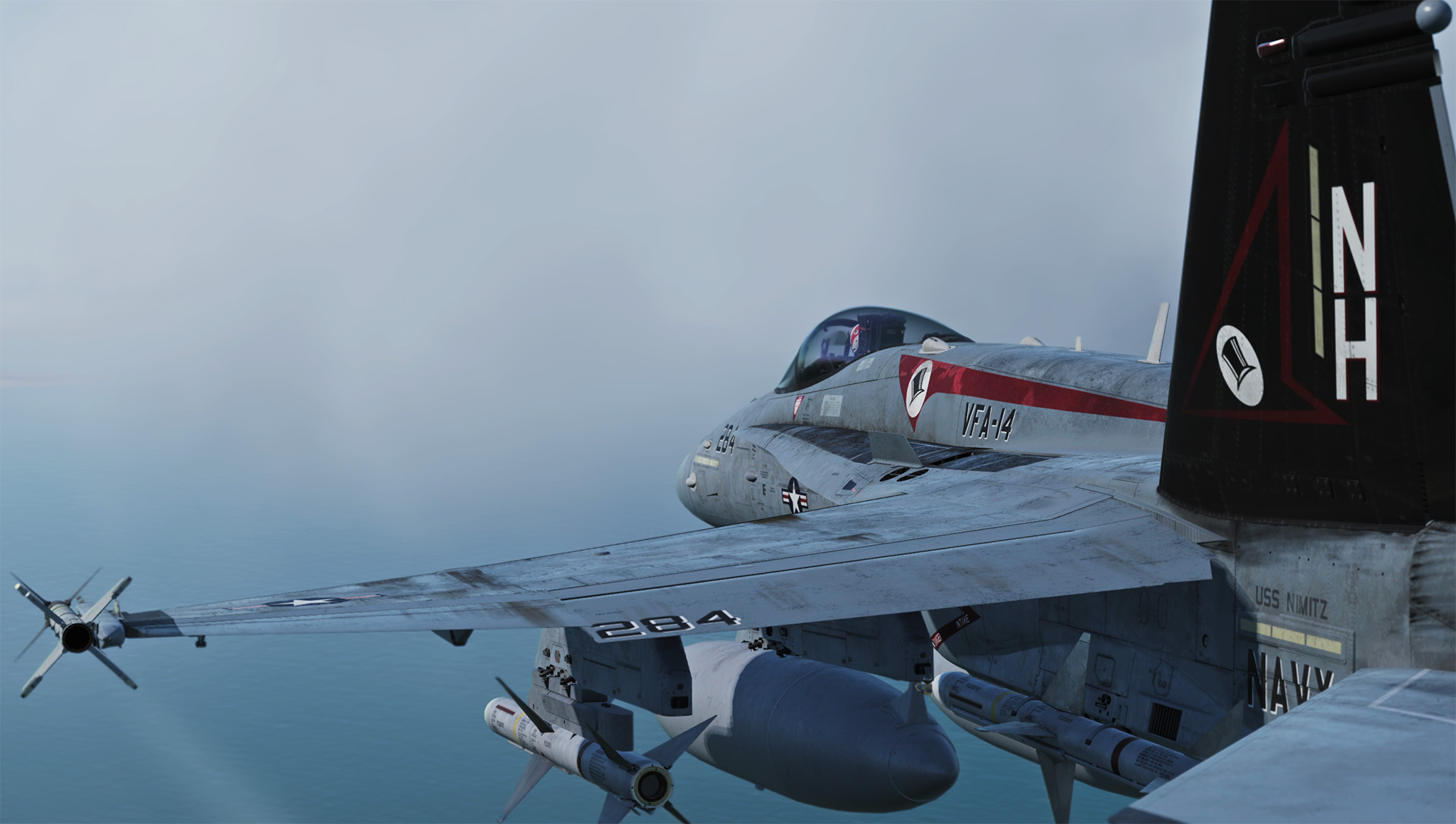 Type - Skin
Author - Baron von Myakin
The liveries of the oldest Navy's squadron VFA-14.
We have already good late skins of VFA-14 from dino325. These ones are the early skins of VFA-14 when they were deployed on USS Nimitz. As VFA-14 is flying Super Hornets the common marking and insignia of them was used for these liveries as well as the marking of USS Nimitz.
Additionaly this pack contains a pretty fresh paint scheme from 2017. This one has the marking of USS John C. Stennis of course.

Just unpack the skins in \CoreMods\aircraft\FA-18C\Liveries\FA-18C_hornet and enjoy it!