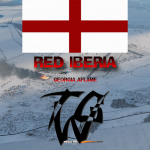 Type - Single mission
Author - Robgraham
First mission in an on going series set in Georgia during an insurrection were the country has called on PMC help, it has basic voice acting in the form of comms and mission brief.

Red Iberia is part of an on going mission series I've been slowly creating for the F/A-18C, Mission includes knee board documents.

After months of protests in Georgia some of which have recently turned violent the Georgian Peoples Liberation Front have lead what most believe to be a foreign backed Coup d'etat against the elected civilian government  which has led to the rapid fall of Western Georgia, with only Batumi and the captial currently holding out.

In response and desperately needing help the Georgian government has turned to P.M.C contractors while awaiting a response from NATO and other Allies.