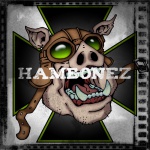 Type - Multiplayer mission
Author - Dooom
The city of Hamyshki has been suspected of weapons manufacturing and is surrounded by four Bluefor forward bases.  These bases are preparing to stage an attack on the town.

The city is protected by flak batteries being directed from 3 concrete outposts, Bluefor must bring the Flak down to allow 6 bombers to attack the weapons factory.

Redfor must try to either take out the 4 forward bases surrounding Hamyshki or destroy all 6 bombers en route.

MAYKOP IS HOMEPLATE/ATC on Channel #2:
FLY 35nm 169 deg EJ88 to reach  Hamyshki District
**Refer to Briefing/Kneeboard for Forward base locations**

SOCHI IS HOMEPLATE/ATC on Channel A:
FLY 40nm 007deg  EJ88  to reach Hamyshki