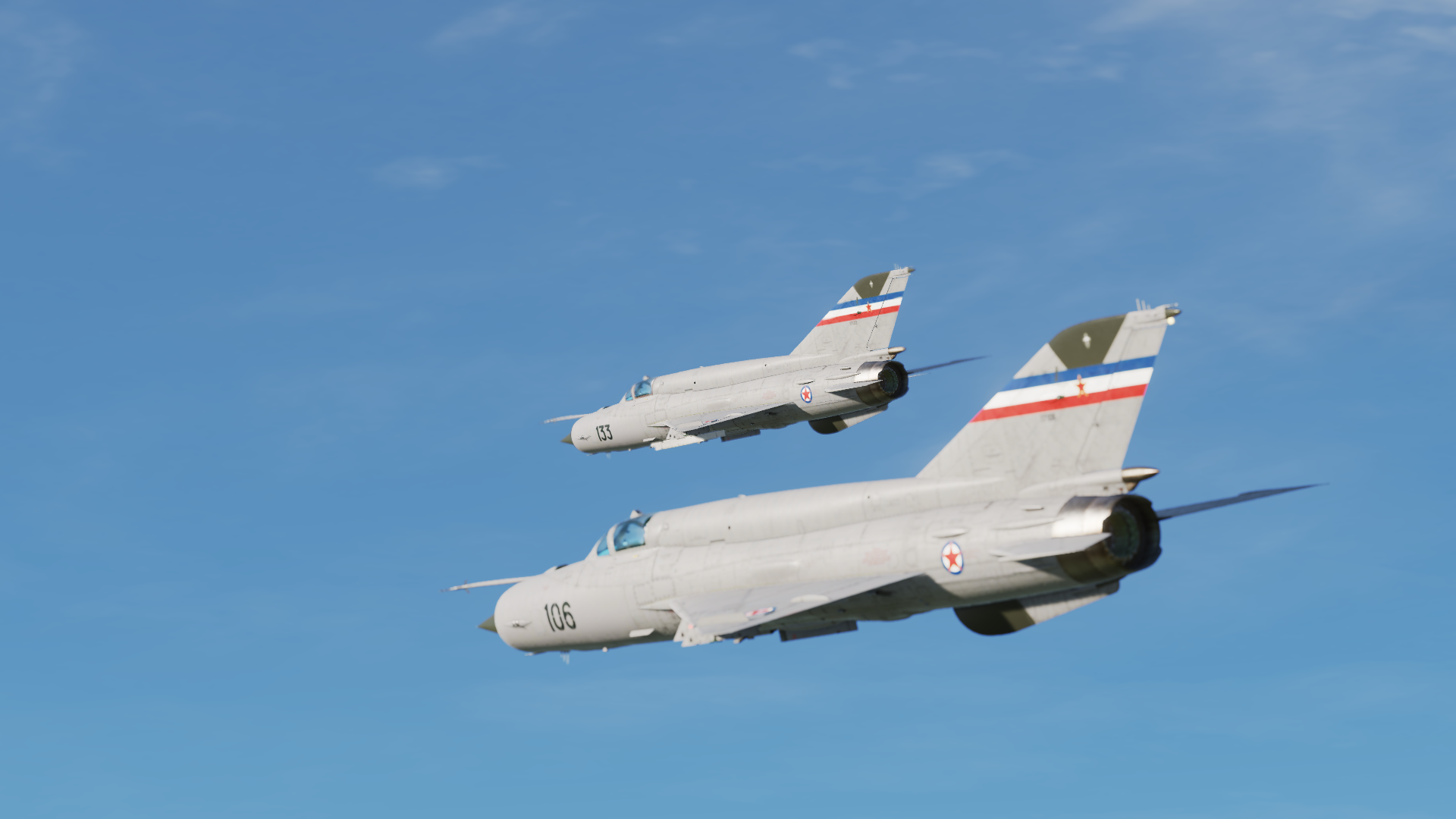 Yugoslav air force MiG-21bis 133
MiG-21bis (L-17 SAU model) s/n 133/17133 was stationed at Željava air base near Bihać and was a part of 124th Fighter aviation squadron (124.LAE-Lovačka avijacijska eskadrila) within the 117th Fighter aviation unit (117.LAP-Lovački avijacijski puk) of the Yugoslav air force and air defense (JRV i PVO). It was this aircraft in which Croatian pilot Danijel Borović deflected from Željava air base on February the 4th 1992 during an Air intercept drill and landed the aircraft in poor weather conditions at Pula air base. This Fishbed became the first MiG that was actively used by the Croatian air force after the deflection and it was given the number 101. The aircraft lived short in the Croatian air force since it was shot down on June the 24th 1992 by SA-14 SAM.

The skin is zipped in JSGME format