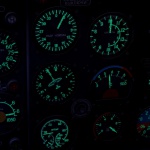 Well done on delivering the intel photographs, our Base Commander has filed a commendation for you.
Your flight plan was sent via telex from Sochi, apparently your Flight Instructor and a couple of your squadron pilot friends are there waiting for you, they say the Vodka is on them when you arrive! You are to complete the following nav mission on your way back there and here is the latest met report for you too. Your telex got buried under a mountain of communications from the Kremlin to the Generals so you are off to a late start, sorry about that. At least the weather is good, so good in fact that even our Generals will dare a flight back to Moscow. When you are done reviewing the documents come and see me and I'll drive you down to your aircraft, its fueled and ready to go.

Depart runway 08 Mosdok and fly to WP1 Tbilisi-Lochini. Once over the mountain range you will pass a lake to your left, descend to 2000m. You will see another lake up ahead, make your approach to runway 13 along that lake, do not fly straight to the NDB. Once landed take the middle taxi way, then first left, first right. You will see a fuel truck and two MiG-15's, park there and refuel. Take off on runway 13.

Fly to WP2 Kobuleti. Once past the NDB start descending to 2000m turning right to WP3 Batumi. You may use its NDB but its easy enough to spot, its to the left of a river. Land runway 13. Take one of the last taxi ways, fuel truck is parked next to a helicopter, refuel. Once refueled, set your ARC-5 receiver to Sochi NDB. Depart runway 13, you will have to taxi all the way back up and turn around.

If so far you have been using your Radio Compass to home in to NDB stations by chasing its needle, now is a good time to study up on wind drift correction procedure and apply it to this mission. You will have a fair amount of wind drift on the way to Sochi.