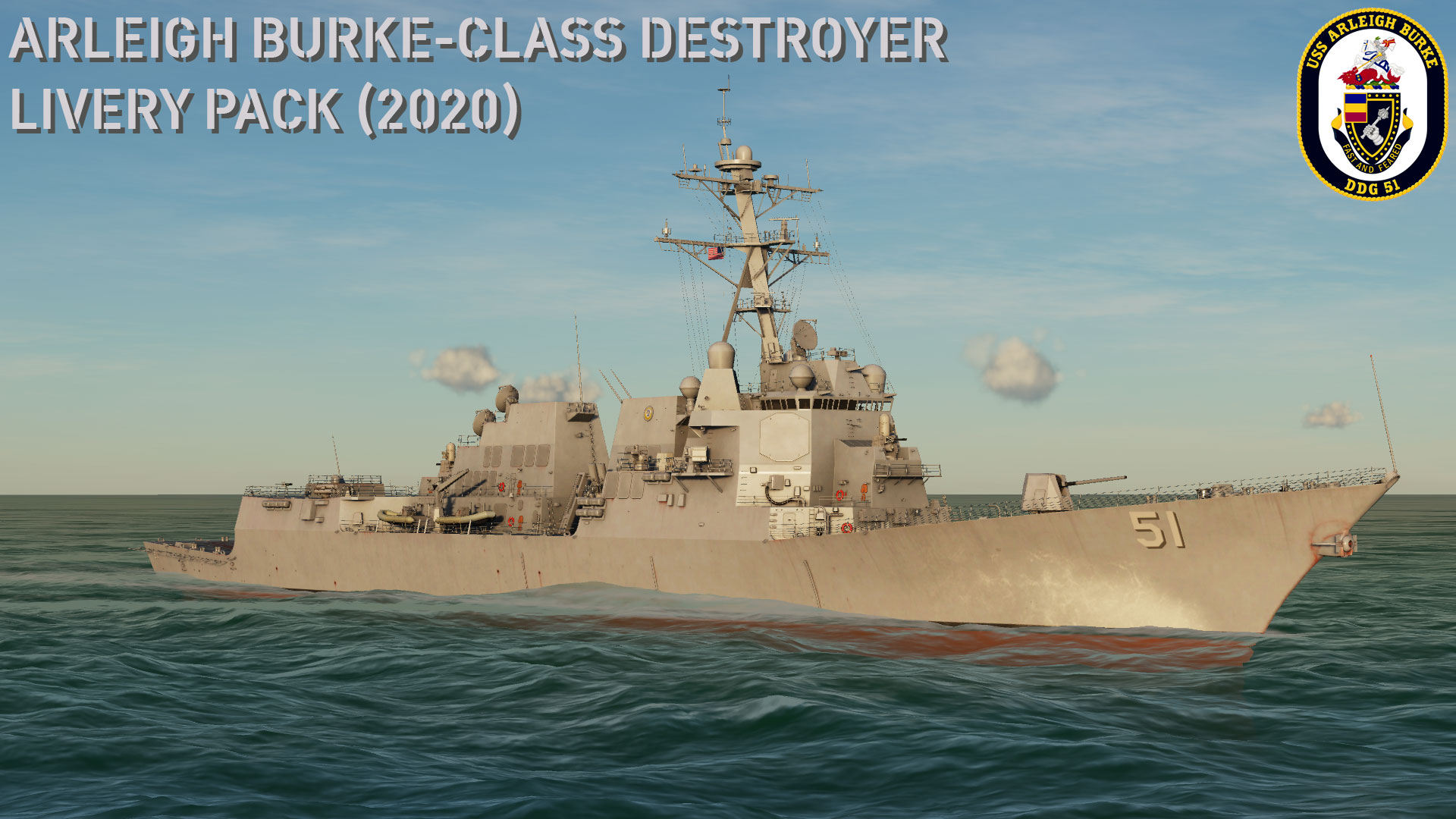 Type - Skin
Auteur - Tholozor
Pack contains liveries for every Arleigh Burke-class destroyer from DDG-51 to DDG-119 (excluding DDG-118 which is not yet active). What originally started as a project for only the Flight IIa destroyers (DDG-79 and up) quickly became an effort to bring all ships in class to DCS. Using publicly available SECNAV documentation and imagery, each ship is assigned to the correct squadron as-of October 2020.
Tags: Arleigh Burke, destroyer
Télécharger Détails
DCS: World 2.7
F/A-18C Hornet

Type - Skin
Auteur - Tholozor
Pack contains 2 liveries of VFA-136 from their last combat deployment with the Legacy Hornet in 2007. During this time, the squadron was deployed aboard the USS Enterprise (CVN-65) with Carrier Air Wing 1 (CVW-1/AB). Combat operations were conducted in support of OIF and OEF over Iraq and Afghanistan. In 2008, the Knighthawks transitioned to the Lot 30 Super Hornet, and were the first squadron to perform initial carrier certification aboard the USS George H.W. Bush (CVN-77) in 2009.