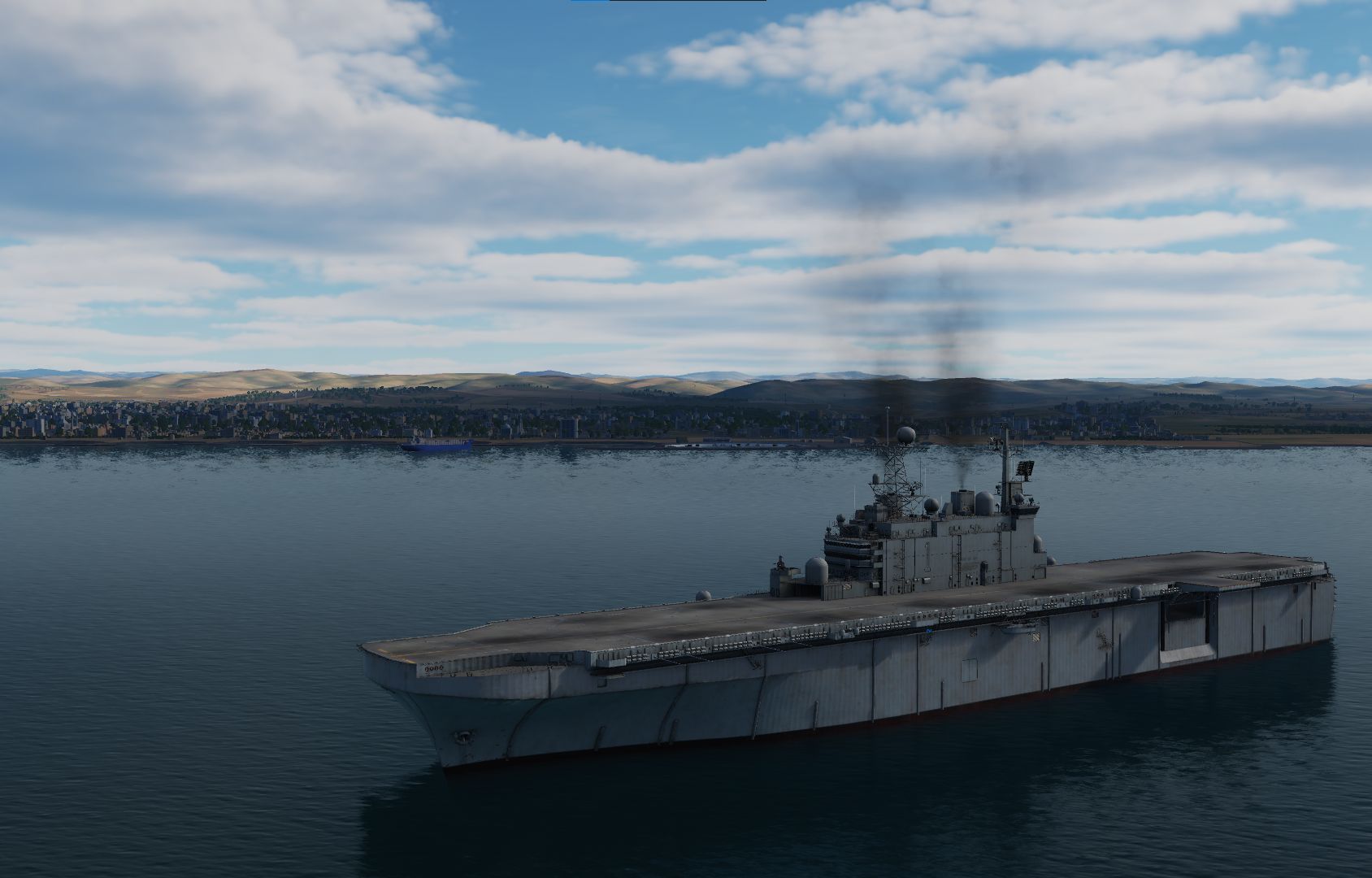 Type - Mission Multijoueur
Uploadé par - dzsekeb
In this persistent dynamic campaign, your goal is to move through the map and capture all zones from the enemy.

As you capture some areas, you will unlock benefits for your coalition such as friendly air patrols, or new spawn positions. Beware as the enemy will also launch attacks to retake what was once theirs.

Neutral zones can be captured either by assisting friendly AI supply aircraft, which periodically spawn at friendly zones, to land at them, or by loading up supplies and dropping them off yourself using helicopters.

These rules are common to all zones, but some zones can provide special bonuses as well, like friendly air patrols, AI air support, or unlock new spawn points.

Some spawns will be blocked until you capture the zone they are in. The name of the required zone can be found in the unit/group name on the spawn menu.

Some zones have critical structures that, once destroyed, will permanently disable the zone, making it uncapturable for both sides. You can make use of this to easily deny the benefits of a zone for the enemy, at the cost of not being able to make use of it in the future.

Certain zones are not meant to be captured at all. These usually offer certain bonuses, or handicap the enemy if cleared.

You can earn credits that can be used to call in support aircraft.
To call in support you can either use the F10 Radio menu, or use map markers (place a map marker anywhere, and set its label to "help" to display available commands)

Destroying enemy units and landing at a friendly zone to claim your kills
Capturing certain zones that provide a steady income
Delivering supplies to friendly zones
Rescuing downed pilots and dropping them off at friendly zones.
Certain missions that periodically appear will reward credits upon completion

~~~~Note on Persistence~~~~
Persistence is also available in case you want to stop and resume the mission at a later time. The state is saved every minute.

To reset the persistence and play the mission again from the start, delete footholdSyria_1.0.lua found in your DCS save games/missions/saves directory.

~~~~Note for running this on dedicated servers~~~~

For the slot blocking to work, you will need to copy the slotblock.lua file into the savegames folder on the server under Scripts/Hooks and restart the server.

~~~~Other notes~~~~
Most flyable aircraft should be available, but feel free to edit or set-up any slot you would like in any of the zones. As long as the coalition of the slot is different from the coalition of the zone it starts in, it will be automatically blocked. Try to include the zone name in the name of any slots you add, so that players can tell what zone they need to capture for that slot to open up.

The UH60 and Hercules mods are not included by default for accesibility reasons, but they are compatible with the logistics if added to the mission.
The Hercules mod specifically can be used to deliver supplies by airdroping the Generic Crate item on top of zones.