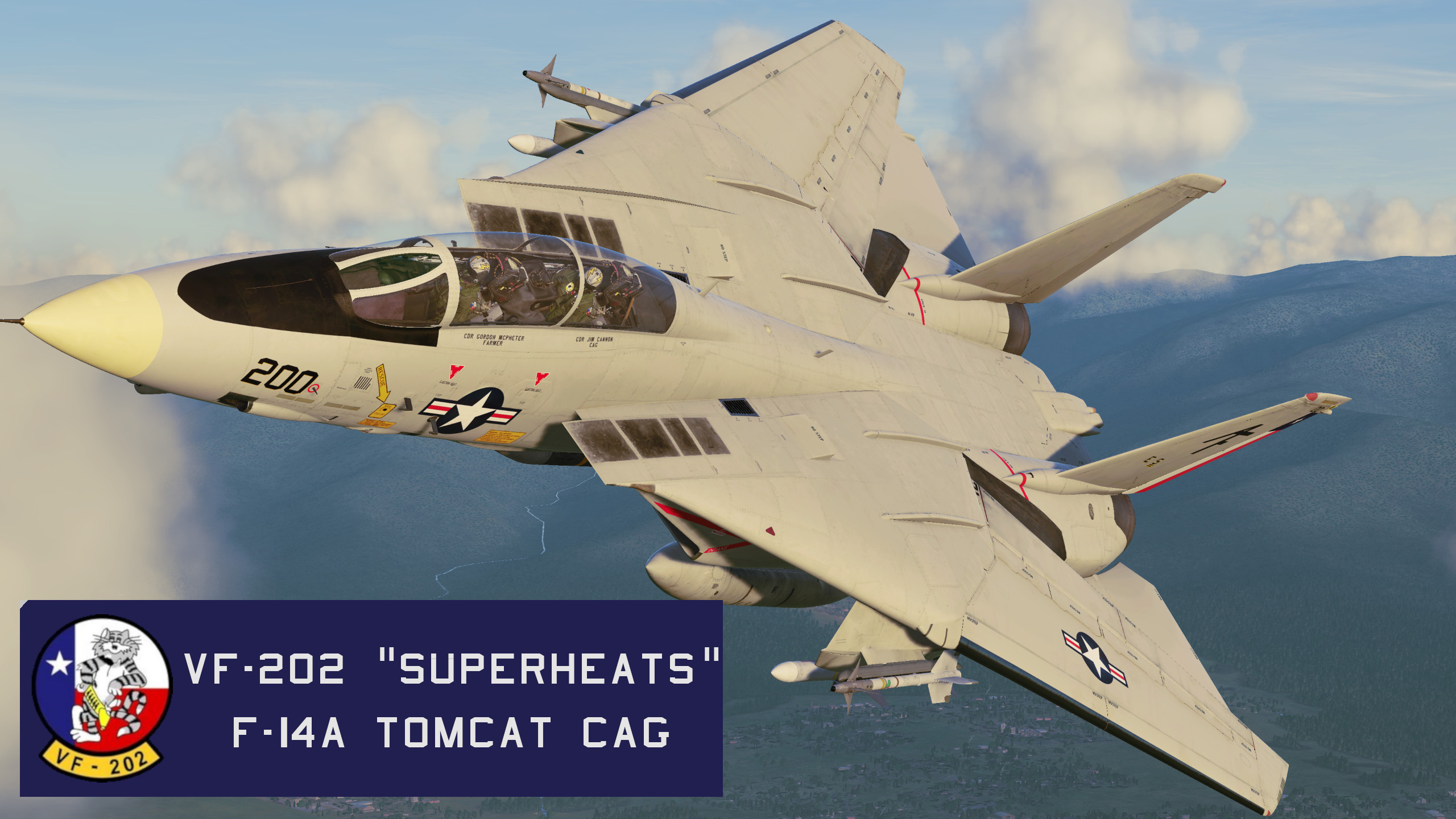 VF-202, the "SUPERHEATS", was a United States Navy Reserve squadron attached to US Atlantic Fleet Reserve Carrier Air Wing 20. VF-202 was established in July of 1970 and disestablished in December of 1994. Aircraft flown by this squadron include the F-8H Crusader, F-4 Phantom II, and the F-14A Tomcat. Since this is a reserve squadron, this particular aircraft has a cleaner, glossier finish than what we are used to seeing on the Tomcat. Some elements of the base texture have been touched up and weathering effects reduced to downplay the wear and tear of the original museum aircraft scans to better depict a newer Tomcat. The livery depicted here is representative of their #200 CAG aircraft ca. 1991. Thank you to PorcoRosso86 for the gloss roughmet template (use with permission). This skin was my official entry to the Heatblur livery competition. Submission may be viewed here (https://forums.eagle.ru/topic/252922-heatblur-livery-competition-submissions-only/?do=findComment&comment=4518148)

UPDATE 7/21: I have updated my two VF-202 skins and combined them into a single pack which can be found HERE: https://www.digitalcombatsimulator.com/en/files/3317722/
Tags: F-14, Heatblur, VF-202, US Navy Skin, tomcat, Realistic, Historical Skin
FOLLOW US