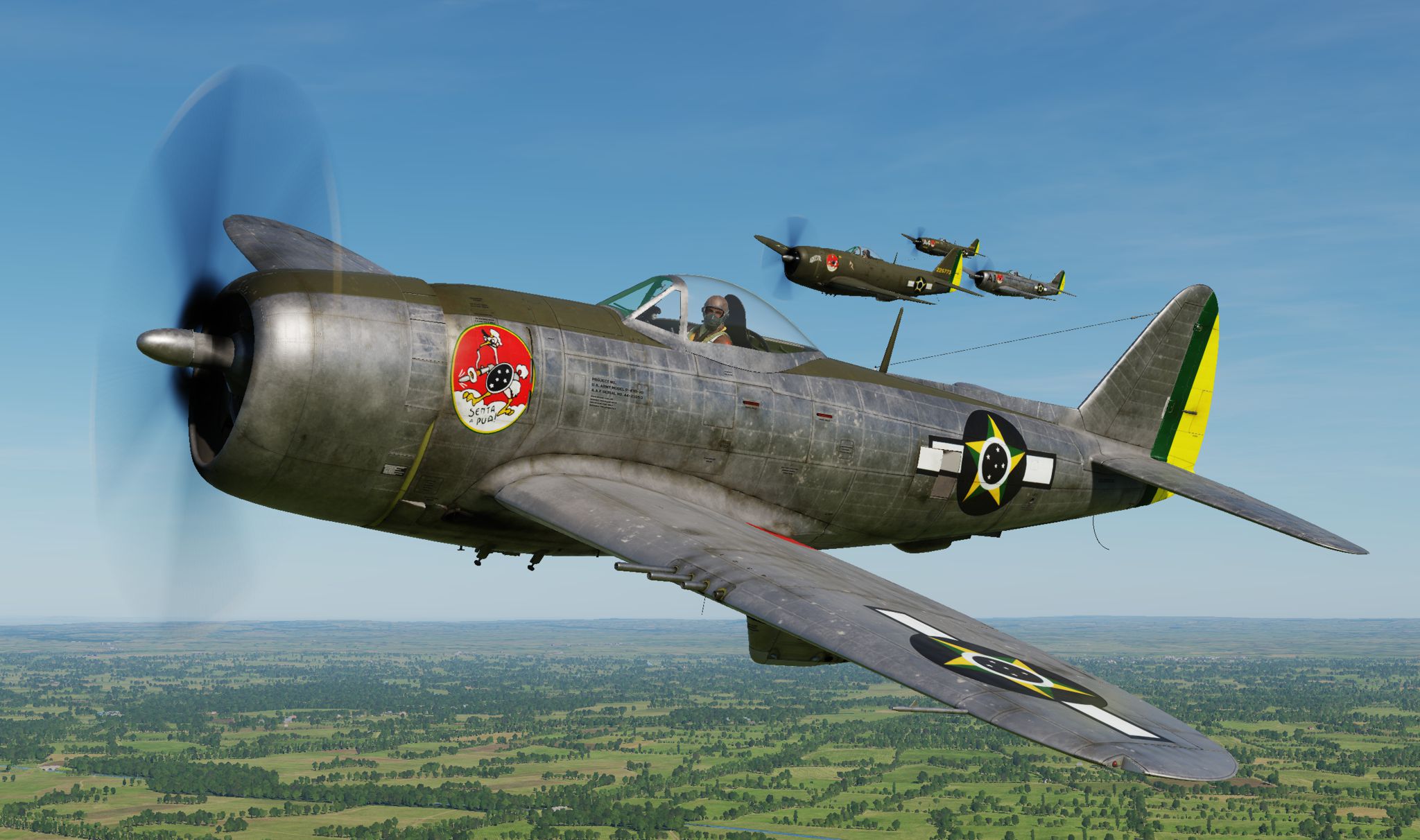 About this Livery:
The livery is as historical as possible.  Serial Number 44-20801 was used and it belonged to a Brazilian P-47D-30-RE that was reassigned to USAAF. The airplanes that were flew from USA to Brazil in 1947 had no Nose marks except the Squadron Patch.

2nd Option
Extract the 1st Brazilian Ftr Sq-Jambock-Generic Silver folder to your C:\Users\"YourUserNameHere"\Saved Games\DCS.openbeta\Liveries\P-47D-30 folder
If you don't have that folder, you may create it.
Remember to double check your HD drive letter and Saved Games destination folder.

Feedback is well accepted. Btw, there is a texture problem on the side insignias that I could not solve. The rearmost part of the lateral insignias are kind metallic. I think it will be solved with the future template.