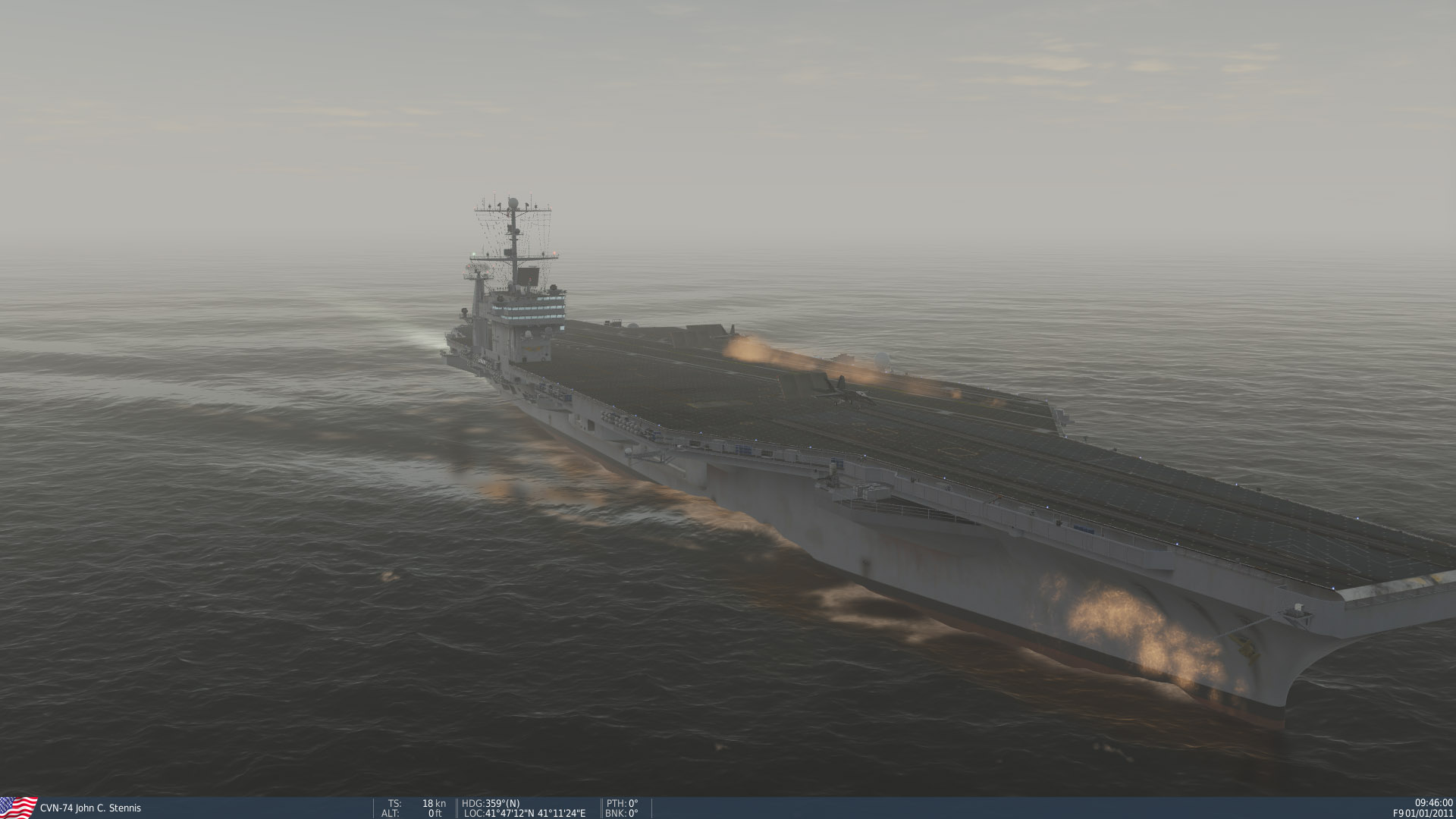 Type - Mission Solo
Uploadé par - markbond
A short 30 min single player mission based off the Stennis to take out ground targets at Kobuleti. The Normandy will be firing loads of cruise missiles to take out key targets ate the air base. Poor weather means you will need to do a low altitude bombing run and a case 3 ICLS landing back at the Stennis.


Intel data indicates that Russian forces are preparing fighters an bombers at Kobuleti airrbase in readiness for a land grab invasion into northern Turkey. Allied forces operating from the USS Stennis have been tasked with neutralising this threat before they are capable of invading Turkey.

Flight Uzi (Freq: AM 131) consisting of two Av8Bs will perform a SEAD flight. You should circle at WPT 2 until they report the SAM threat is neutralised. You are tasked with destroying aircraft being prepared on the apron at Kobuleti, which is orientated at approx. 65 degrees. Target are estimated to be spaced over about 800 feet.
CG-60 Normandy will be launching Tomahawk cruise missiles to take out key infrastructure at the base.  Intel indicates that the Russian commander is located in a large building at the north east of the base.
Strike group on 131
Flight on 135
Stennis TCN 55X
ICLS channel 11