Mi-8MTV2: The Border Campaign by Armen 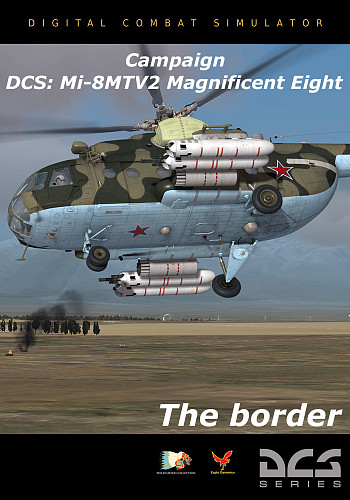 Taking advantage of the new update to the Mi-8MTV2, the Border Campaign is now available for download from our e-Shop at:  https://www.digitalcombatsimulator.com/en/shop/campaigns/

“The Border” is the storyline campaign of a Russian Air-Force pilot flying the Mi-8MTV2 helicopter in DCS World. The player serves as a helicopter commander in the South Ossetia border area. In the course of 15 missions, you’ll have to fly day and night sorties, deliver cargo and military personnel to remote outposts, land and pick up ground forces, and participate in special-forces raids conducted in the territory of the Republic.


Features of the Border campaign:


The DCS Mi-8MTV2 is required to be installed and activated into the DCS World 1.5 for the campaign.