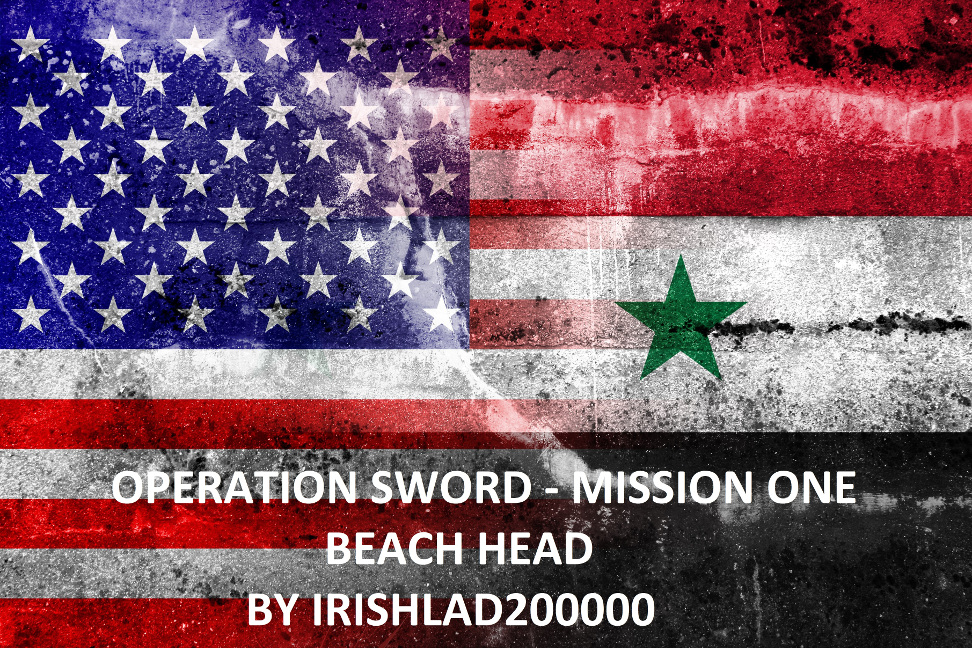 Type - Single mission
Author - irishlad200000
A multirole mission in a fictional scenario where NATO invades Syria.  Decent depth, including custom voice overs and various triggers.  This is a carrier mission involving you as the lead pilot of a F/A18C.

The Syrian Government have increased their operations and have pushed further into Turkey.  After the recent NATO summit, a decision was made for a full offensive against President Assad’s regime.  This will be the largest operation since the Vietnam and Korean wars.  The USS George Washington is currently steaming towards the Syrian coastline for a full offensive, as part of the 5th Fleet.  An advanced party consisting of the older USS Theodore Roosevelt and its’ supporting ships have already stationed themselves 2.5 NM off the coastline.  Their primary role is to secure a beach head north of Jablah.

The operation will be called, ‘Sword’ and will involve US Forces and Kurdish Rebels.   The MAGTF (Marine Air-Ground Task Force) will be transported by helicopter to the beach head, which is 1.5 NM West of Bassel Al-Assad Airbase.  They will await you passing your I.P and will then progress into the AO.  Your main target is a storage facility (TGT 1) where we believe that Maj General Issam Zahreddine will be present during an inspection.  The facility is believed to house heavy ordnance.  This will weaken the morale of Syrian troops and the Government, as Zahreddine is on the top table of their military.  After your strike, the MAGTF will advance from the western beach.  Delta Force and the Rebels will be advancing from the north.  It is requested that you give limited air support, fuel permitting.  Be aware that friendlies will be advancing from the North and West.  Feel free to adjust your loadout to suit the mission, however TGT1 is set up for a JDAM.