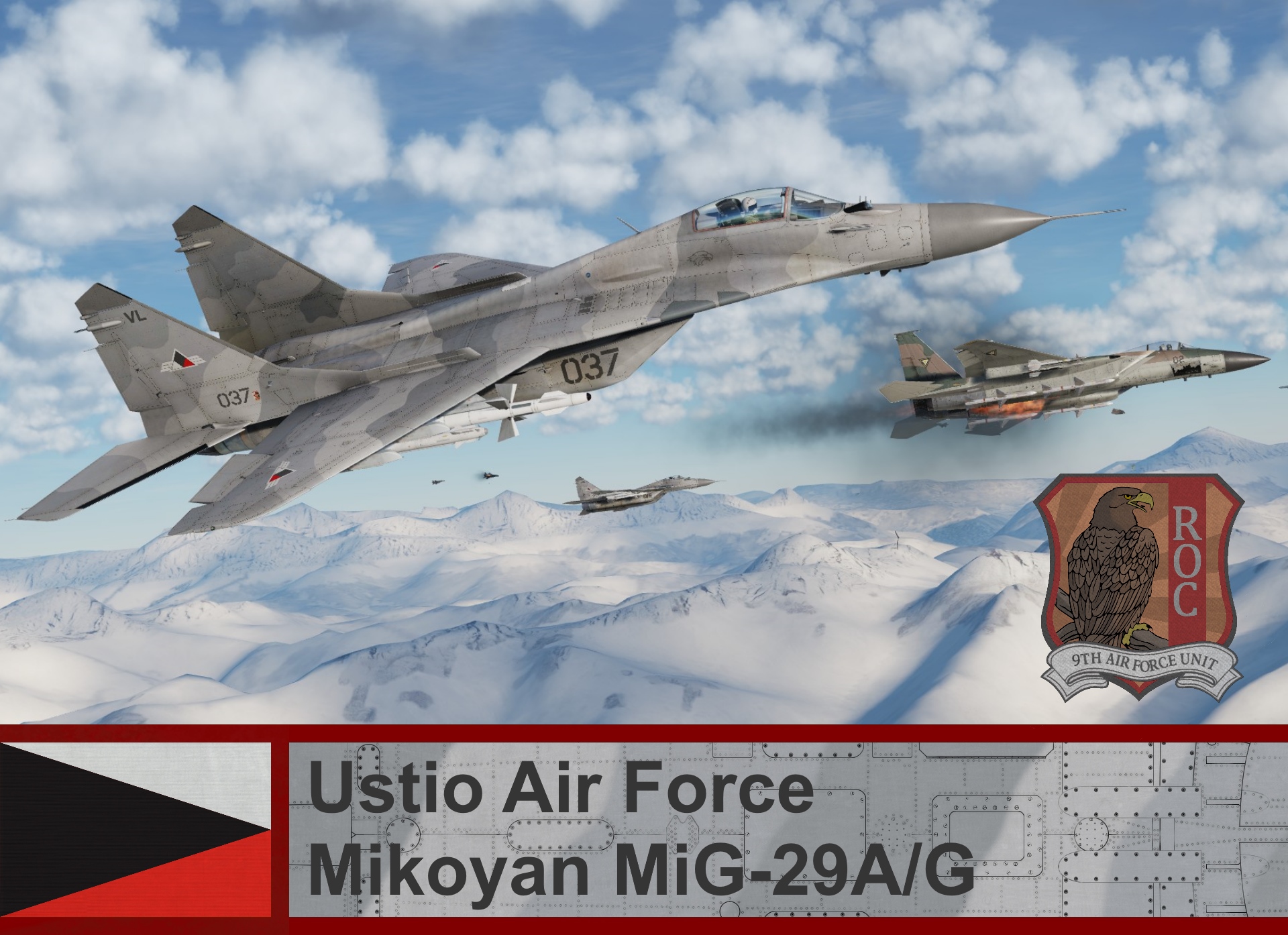 Formerly serving with the Yuktobanian Air Force Gubabov took part in several regional conflicts on the continent of Verusa throughout the 1980s, most notably the Kaluga conflict as well as supporting
loyalist forces durring The Romny Civil War. After hearing stories of mercenary pilots who fought against the Romny government during the war Gubabov begain looking into mercenary work and was intrigued on how profitable it was. In 1990 he left the Air Force and signed up with the foreign mercenary forces, working along side many of the pilots who fought against him during Romny's Civil War. At the start of The Belkan War he would hire on with the Ustio Air Force, later being assigned to lead the 9th Air Force Unit (Roc). Roc squadron would serve with distinction throughout the conflict, fr om their first action during Operation: Crossbow to mop-up operations at the end of the war like Operation: Broom. After the wars end in June Gubabov would stick around till September before taking his leave to look for other work and would miss taking part in The World With No Boundaries coup towards the end of the year. By 1997 Gubabov found himself flying for the Usean Allied Forces during the Usean coup d'état wh ere he was killed in action, his body was later recovered and returned to Yuktobanian.

Joining the People's Republic of Verusa Air Force in the 70s, he would only serve for a few years before economic recessions in the Republic cause massive cuts for the military. As a result Rasul being unable to reenlist after his service contract was complete so he began to look for work as a mercenary, a couple of years later he found himself fighting for rebel forces during The Romny Civil War. Throughout the earlier stages of the war Rasul had little trouble fighting against what few loyalist squadrons remained under the legit government but after Yuktobanian military intervention towards the mid-to-late stages of the war he found himself facing stiffer
opposition. With defeat for the rebel forces being inevitable Rasul would leave Romny and start looking for other work, in 1994 with the start of The Belkan War he quickly found himself fighting under Ustio's Banner. Rasul was assigned to the 9th Air force Unit under Gubabov Yakovich, the two pilots would develop a mutual respect for each other as they had fought agents each other in Romny many years ago. Lt. Nurbekov would serve with the 6th
Air Division throughout the whole conflict. After the wars end in June pilots were given the option to cash out their contracts early to leave or to wait for the end of the year unlike his friend Gubabov he would wait till December, seeing the post war mounths as easy money. However on Dec 25 1995 Valais Air Base came under attack from the organization A World With No Boundaries and their XB-0 Hresvelgr gunship, while attempting to taxi to the runway Rasul's aircraft was strafed by one of the Hresvelgr's escorts causing is plain to detonate killing him in the process. His remains were later returned to his family and he was laid to rest in his hometown.
Tags: ace combat, ustio, Mig-29, Mig-29g, Mig-29a, Skin
FOLLOW US