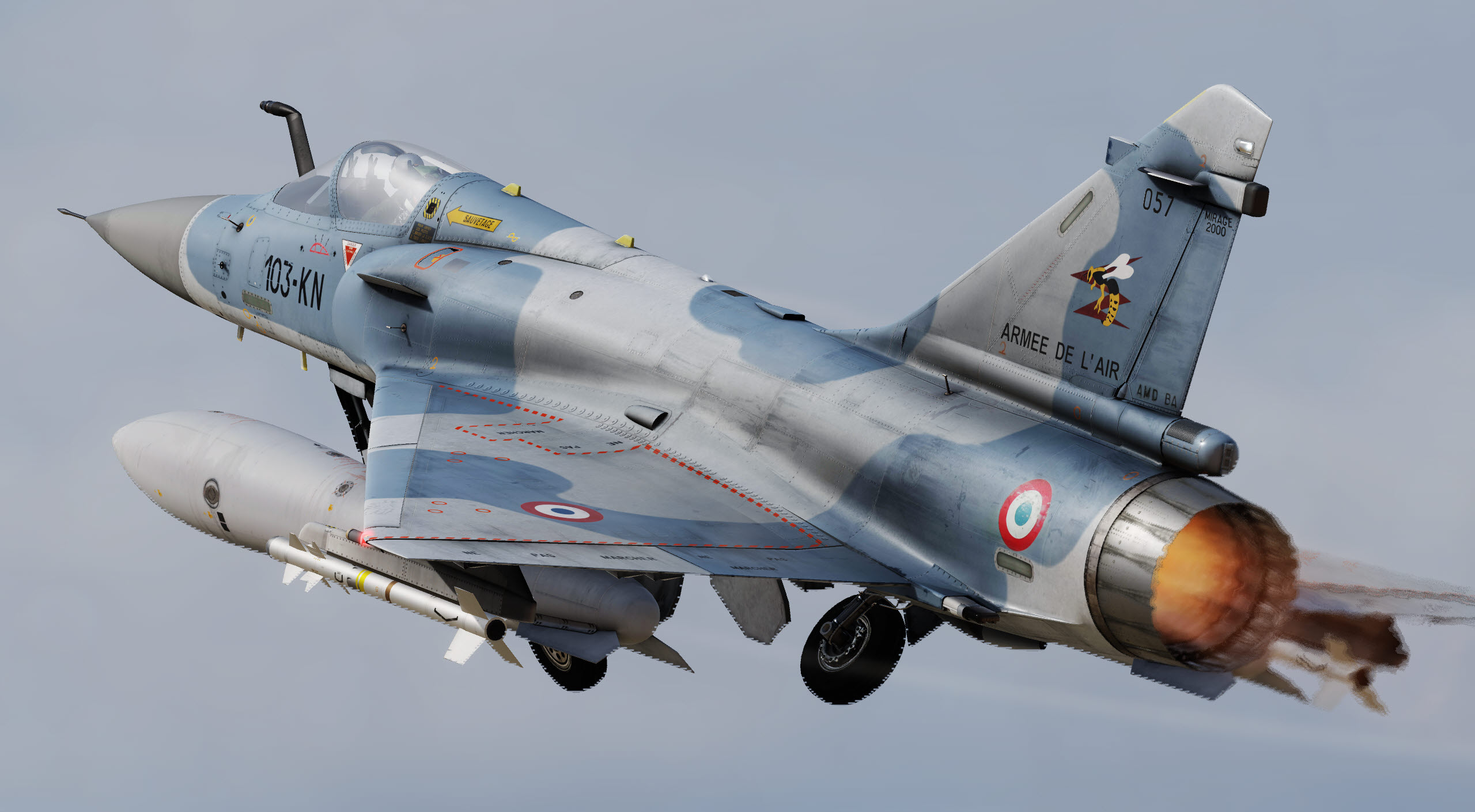 The whole concept was made based on a real M2000 photo to create a smooth plane by hide the panel line of the fuselage.

Subscribe my channel.  if you want to receive my new Livery by email
https://gumroad.com/lee1hy/p/ec-112-cambresis-armee-de-l-air-103-new-8k

L'Escadron de Chasse 1/12 'Cambresis' - 1/12 Squadron, French Air Force - was created at BA118 Mont-de-Marsan in May 1952. It was formed by joining two famous escadrilles (flights) SPA 162 'Le Tigre' and SPA 89 'La Guêpe'. They initially flew the MD 450 Ouragan and then moved to BA103 Cambrai in July 1953. They where the first Squadron in the Armée de l'Air to fly the indigenous designed jets. The history of the SPA 162 'Le Tigre', the hart of the Tiger Squadron dates back to Jan 1918 when it was formed on Nieuport 24 and 27 at Corcieux, and later on transitioned to the SPAD VII and XIII. The unit was credited with five aerial victories during their 1 year at war. After flying the Mystery IV for 4 year, in 1959 the squadron transitioned to the Super Mystere B2, the first super sonic aircraft in the squadrons history. This new aircraft started a long career of 17 years at the hands of 1/12 squadron pilots. Like many other AdlA squadrons at that time, EC 1/12 was involved in overseas operations in French colonies and became heavily engaged in air operations in Algeria. During this 17 year period on the SMB2 capt. Lerche (later to become General Lerche) went in 1961 to RAF Woodbridge, to join what later would become the greatest meeting of squadrons, the NATO Tiger meet. By January 1978, EC 1/12 had traded in the SMB2, and was fully operational on the Mirage F.1C. With this new aircraft came also the benefit of Air to Air refuelling. During the summer of 1984, and later in the period of 1986 to 1991 the squadron flew many combat missions in Chad in support of operations Manta and Epervier. During Gulf War I, the 'Cambresis' replayed to Doha AB in Quatar with as their main mission the Air defence of the Emirates. In April 1992, the first Mirage 2000 landed at BA 103 Cambrai giving the pilots  a highly manoeuvrable and fully capable aircraft, which allowed them to develop new air defence tactics. During the following years the squadron saw plenty of deployments coming their way.