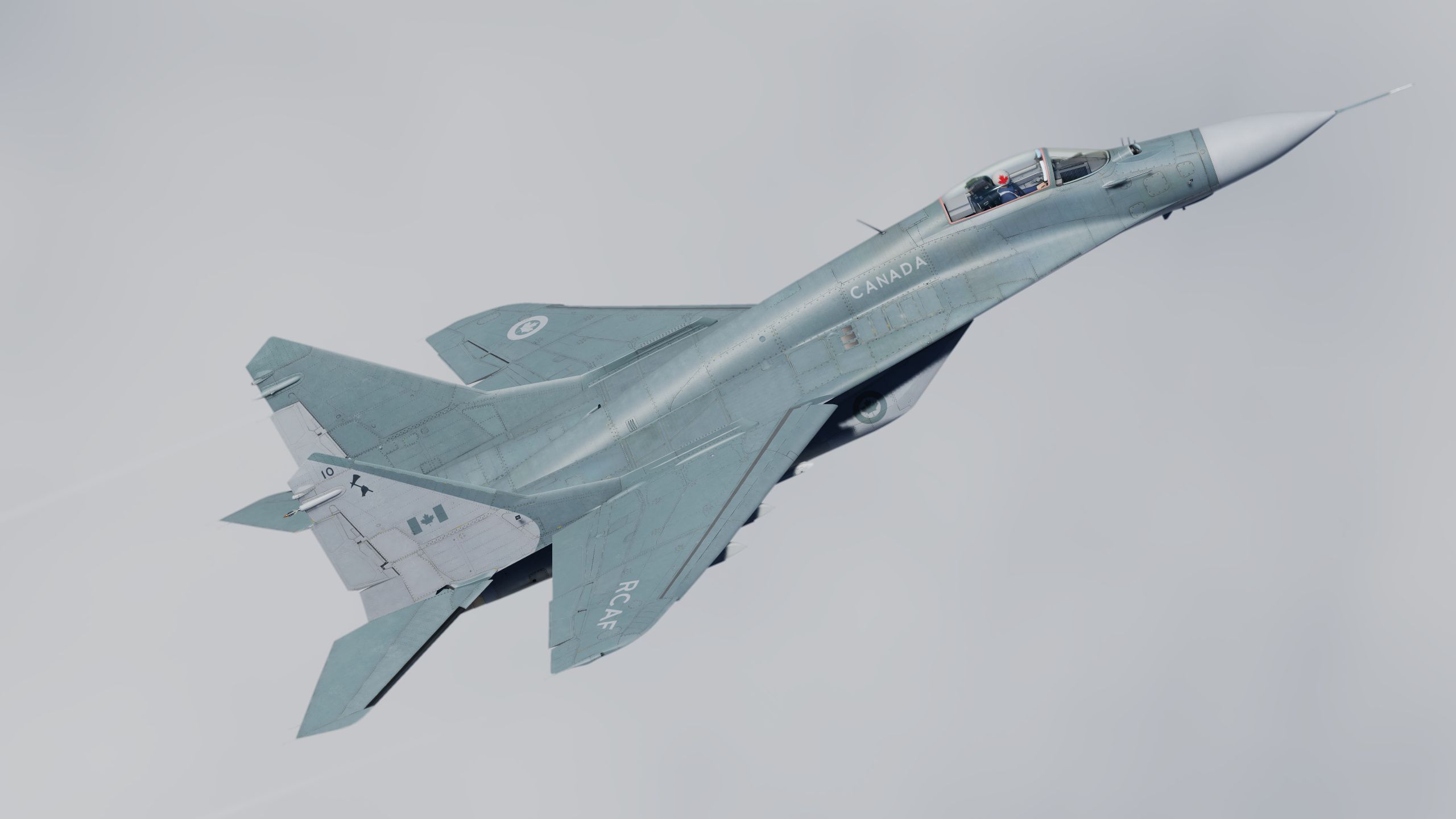 Тип - Текстура
Автор - cookiemonste
A (fictional) MiG-29 in service with the canadian air force.
After the request for the american F-18 Hornet was denied by the US government, canada began looking outside of north america for a new airplane.
Surprisingly, the soviet union offered canada the latest version of the MiG-29 with a option for a licensed production in canada.
Canada took the offer and spliced the MiGs with western avionics and equipment.
Much to the dismay of their american neighbors, the MiGs were actually more than a match for the latest american fighter...

This livery incluides reworked roughmets for engine and gun shrouds as well as a reworked texture for these parts.
A pilot with a chic maple leaf on his helmet tops it off.
Many thanks to megalax who contributed the pilot, numbers and the screenshots.