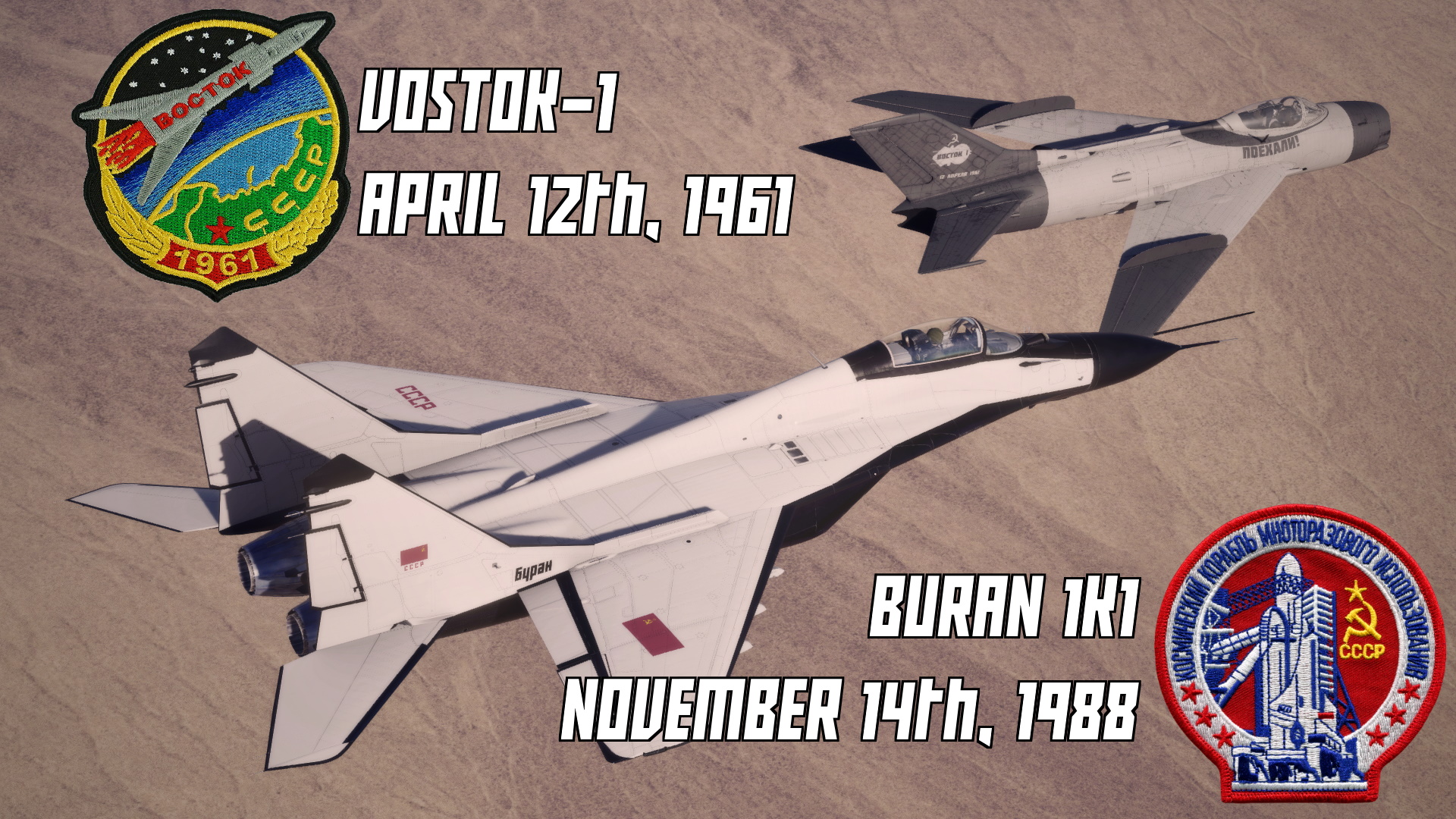 Тип - Текстура
Загрузил - Rainbowlicious
"Orbiting Earth in the spaceship, I saw how beautiful our planet is. People, let us preserve and increase this beauty, not destroy it!" - Yuri Gagarin

April 12th is celebrated as Cosmonautics Day in honor of the late Yuri Gagarin, the first human to ever enter outer space. I decided to honor his flight with a 2-pack of skins, containing two items: a MiG-19 painted in the same colors Gagarin's Vostok rocket wore 60 years ago, and a MiG-29A painted in the most advanced Soviet spacecraft ever flown, the Buran Space Shuttle. Both these spacecraft are grand achievements of Humanity's devotion to exploring the cosmos.

I decided to paint the MiG-19 over the MiG-15 in Vostok's colors, as it is much more suited to being paired with the MiG-29A, and I also thought it would fit the grey color scheme better than the MiG-15. Unfortunately I wasn't able to figure out the MiG-19 Pilot textures in time, so he remains in a pilot suit instead of a spacesuit.

Special thanks to Cookiemonster for the amazing engine roughmets for the MiG-29.