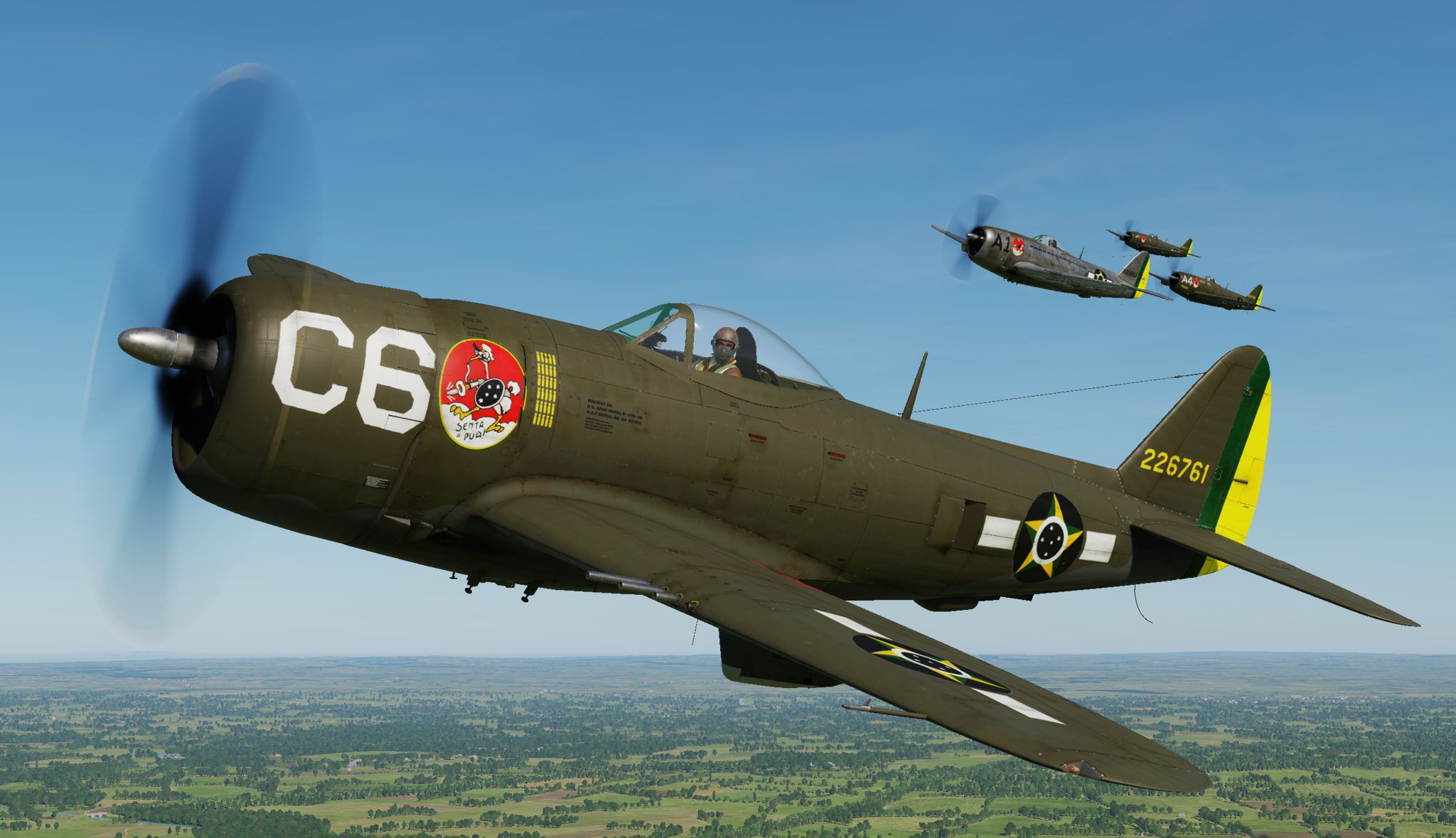 About this Livery:
These C6 liveries are as historical as possible.
2nd Lt. Renato Goulart Pereira flew 93 combat missions during WWII, He was shot down on 30 Apr 45, but managed to bail out over friendly territory. He flew most of the time as "Blue Six" on his Olive Drab "C6", a P-47D-25-RE, SN 42-26761 which was lost in a flying accident. The C6 OD livery represented here had 30 missions so far. We included three nice pictures of this airplane while in Italy.

The later and final C6 Livery is the one for the Silver P-47D-30-RA, SN 44-33090. There is no picture available from this acft and only documents to use as reference. This is the "last C6" that survived the war and was in the inventory when the war came out to an end.