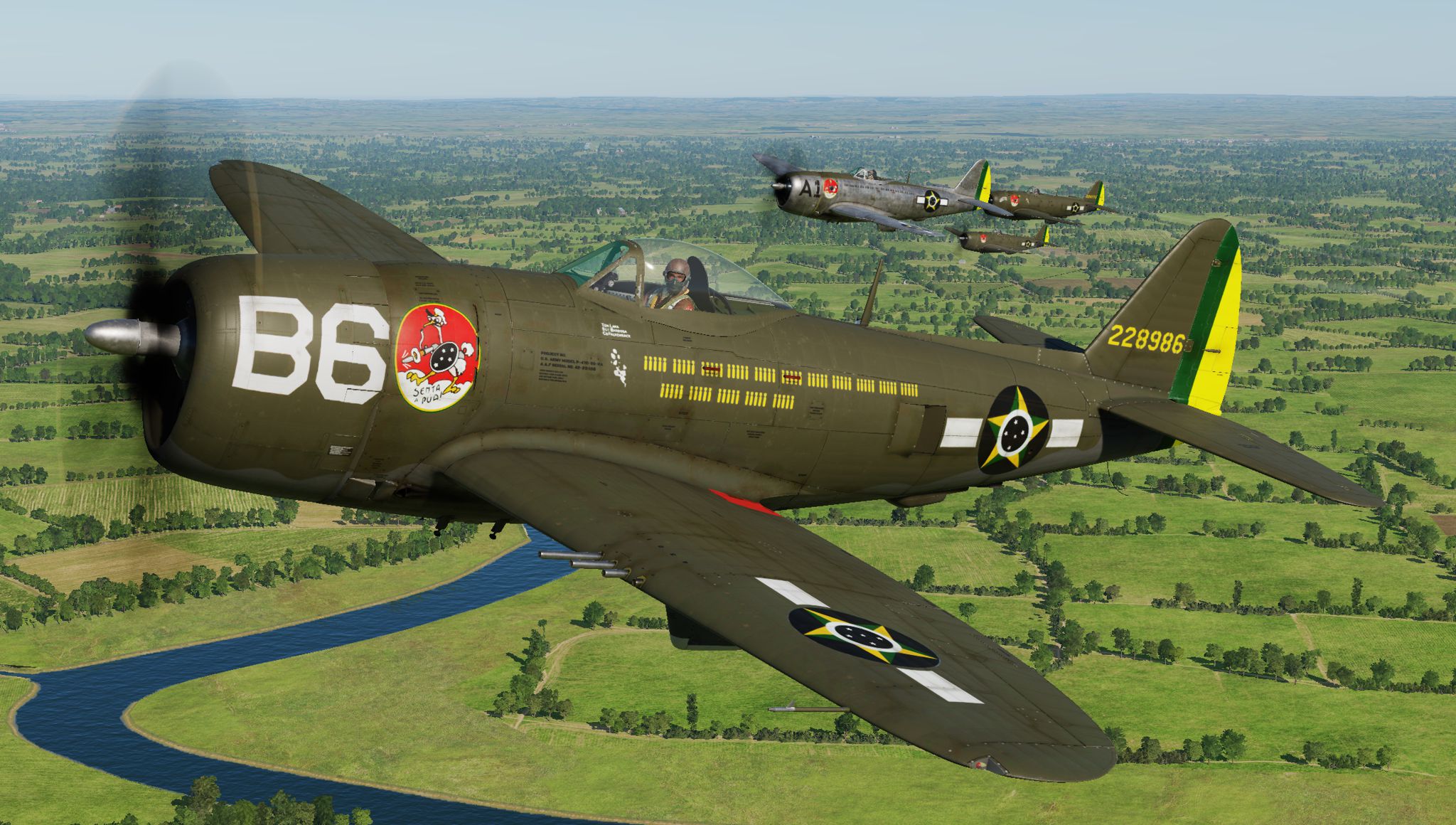 About this Livery:
The livery is as historical as possible.
2nd Lt. Roussoulieres Lara flew 80 combat mission in WWII. He flew most of the time as "Yellow Six" on his "B6", a P-47D-28-RA SN 42-28986.
After the war he continued on the Brazilian Air Force - FAB - as fighter instructor but soon after that he had an aviation accident where he crashed in a montain side. It was an instantaneous death.