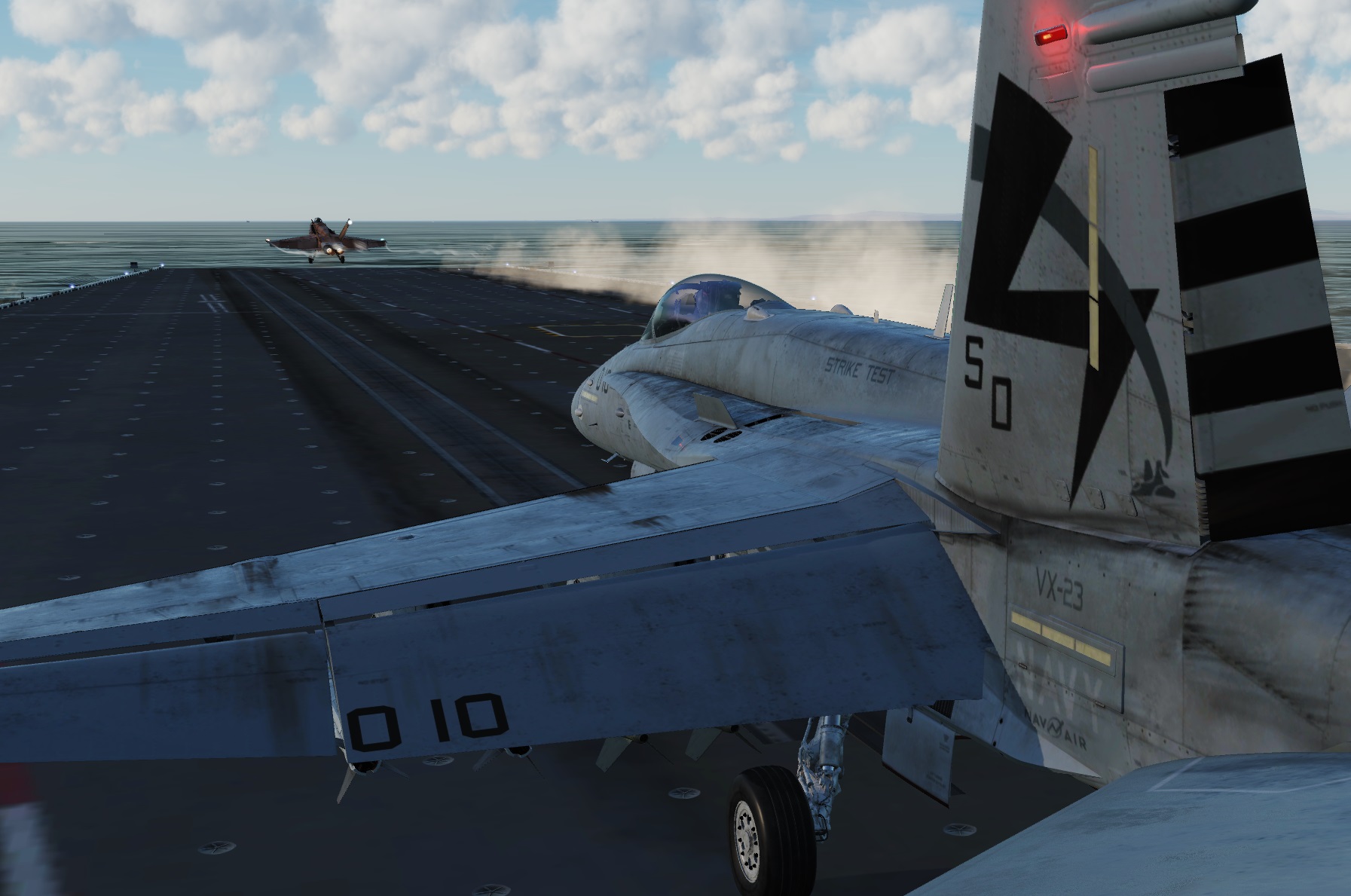 Тип - Одиночная миссия
Автор - glynlewis
Daesh has been gaining in strength in the region in a very worrying manner. It is thought an unknown benefactor is providing unheard of military resources and command infrastructure guidance. The Stennis fleet has been brought into the area complete with a contingent of F18C Hornets to contain this threat.
Unbelievably Intel have picked up today that two submarines are being procured for Daesh. Who knows what for? They are currently in harbour, in a known location 50 miles away, but will be submerged within the hour. Although not in accordance with protocol, given the time factor, you have been tasked with leaving immediately to intercept and destroy both submarines. Your single F18C is armed with 4 Mark 83s, Aim7M, Aim120 and Aim9X.
It is understood Daesh are being trained to take part in the use of the subs in a camp deep in land. Military satellites are currently looking for its location. Time is of the essence.
It is early evening and unusually for the region there is some rain in the air. Your Hornet, call sign "Ford", is hooked into Cat 2 and awaiting clearance. Razor, in Cat 1, is ahead in the flight schedule and is about to leave for Khasab. You watch Razor anxiously as you are keen to commence and execute your mission before the evening light fails.


The mission is medium difficulty and you will need to use your Mark 83s with accuracy. Suggest you use them one at a time.
You will have four bombs per target. If you do not destroy the two subs, Target 1, with the four bombs you are carrying it will be a mission fail.
Look out for the ground-based guns.
Daesh are storing a lot of explosives in the Training Camp, Target 2, so this should be less demanding.
You need to be able to land on the Stennis and refuel and rearm with the same load out as you started with. Also connect on to the CAT for a second flight.
When rearming and refuelling keep engines running.
The mission is trigger based and so you need to follow the instructions given to complete the mission successfully and access all the content.
Generally, you will not need to operate the radio as calls are trigger based and fully voiced. The exception to this is the last approach to the Stennis. During this you will be told to get approach and landing clearances via Radio 1 Channel 1 which is set to 127.5. The reason for this is that depending on how the mission goes daylight may be fading and by using the radio the landing lights will be turned on by the Stennis.
The Stennis Tacan is set at 10X and Rev 2 adds ILS Channel 1.
Rev 1 adds a full moon in case you are really late.
Labels have been set on (I use reduced dots in VR) You can switch them off if desired.
There is no air to air refuelling currently in the region, but you have one external central tank on board.
Good Luck>
Hope you enjoy.