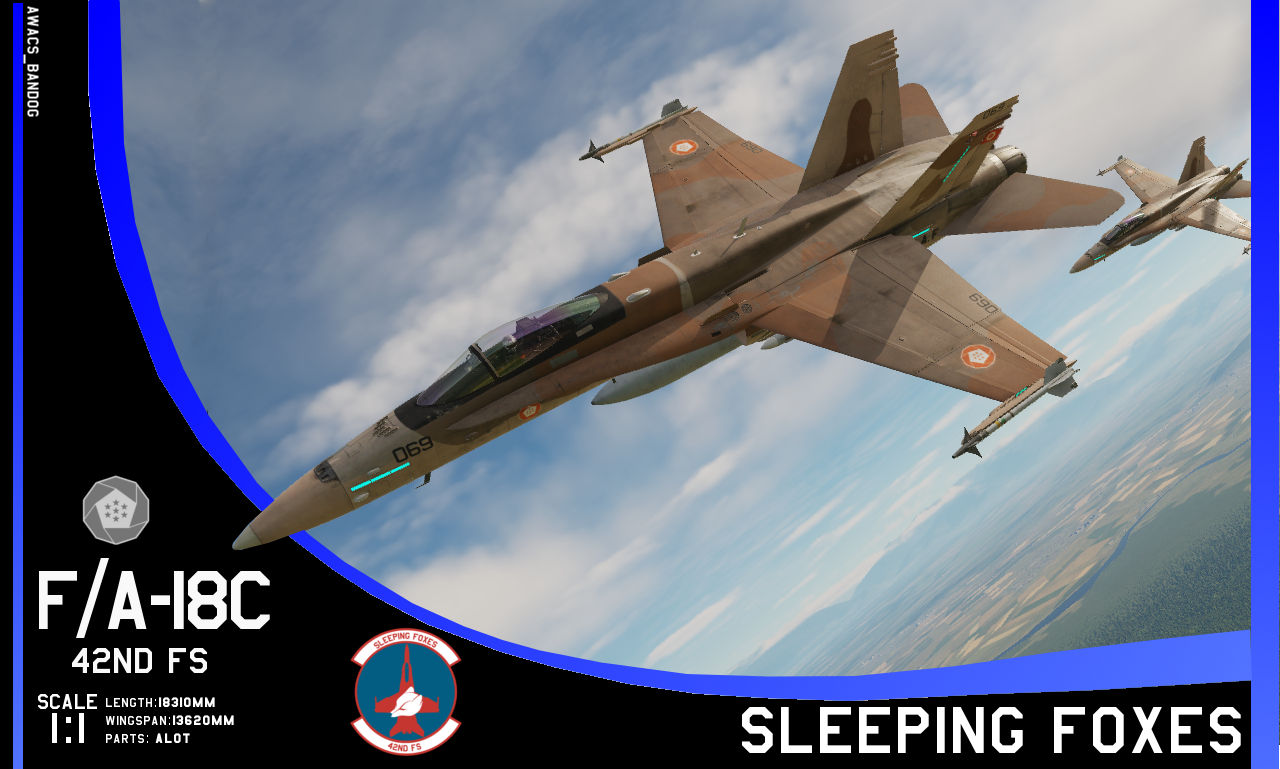 Born out of the fall of the original Erusean Monarchy, the "Sleeping Foxes" were one of the few Hornet Squadrons active within the Erusean Air Force in the Federation of Erusea's existence. Seeing Action in minor border clashes of the mid 1980's and early 1990's the 42nd also saw limited sorties during the 1998 Coup Detat in Usea and further action in the Continental War following the Ulysses impact.

The Squadron and the F/A-18C as a whole were both retired in 2007 with the re-establishment of the Erusean Monarchy and restructuring of the Erusean Air Force.

If there are any issues with the livery, post a comment down below & I will try to get it resolved ASAP
Tags: FA-18C, Erusea, erusean air force, ace combat
FOLLOW US