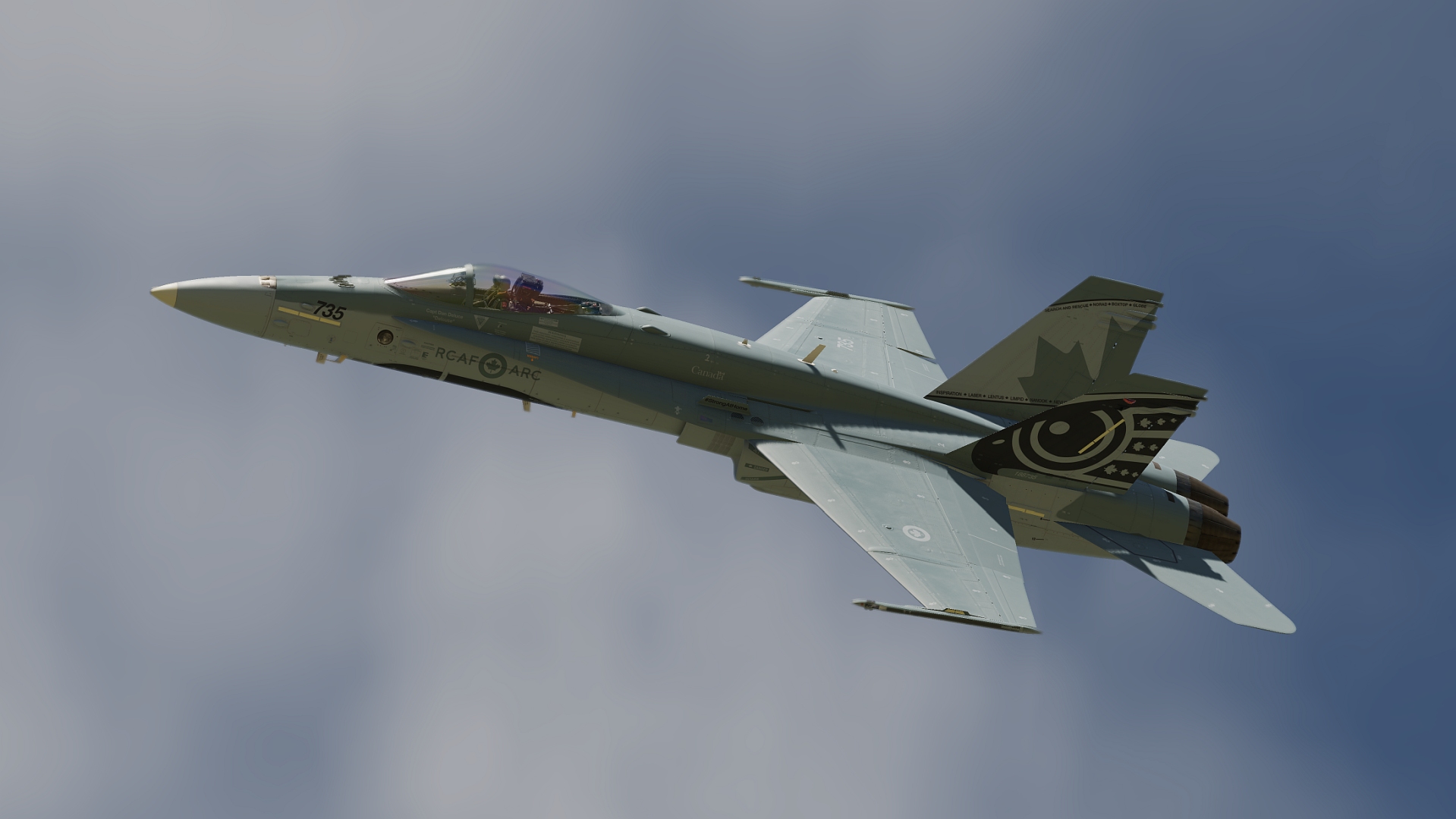 This year's theme is 'Strong At Home'. It commemorates all domestic operations undertaken by the RCAF, as well as the 50th anniversary of the Snowbirds. An Eagle head design adorns the tail, with its feathers represented by maple leaves. The 8 leaves are meant to represent 8 of the 9 Snowbirds, the ninth being out as the missing man, as a tribute to all Canadians lost this year.

The inner tails feature a large maple leaf and all 12 named domestic operations of the RCAF.

I have included a True 4K and a standard resolution version of this livery.

Update:
May 22 2021 : I was missing the information on the Right Hand Nose gear door. This has now been added as well as a new cockpit texture.
June 27 2021 : Cpl Croft's name was actually misspelled on the real jet, and I copied the misspelling. Recent photos show the spelling mistake was corrected and I have updated the skin to reflect this correction. Also fixed some no-step symbols that were missing.
Tags: RCAF CF-18
FOLLOW US