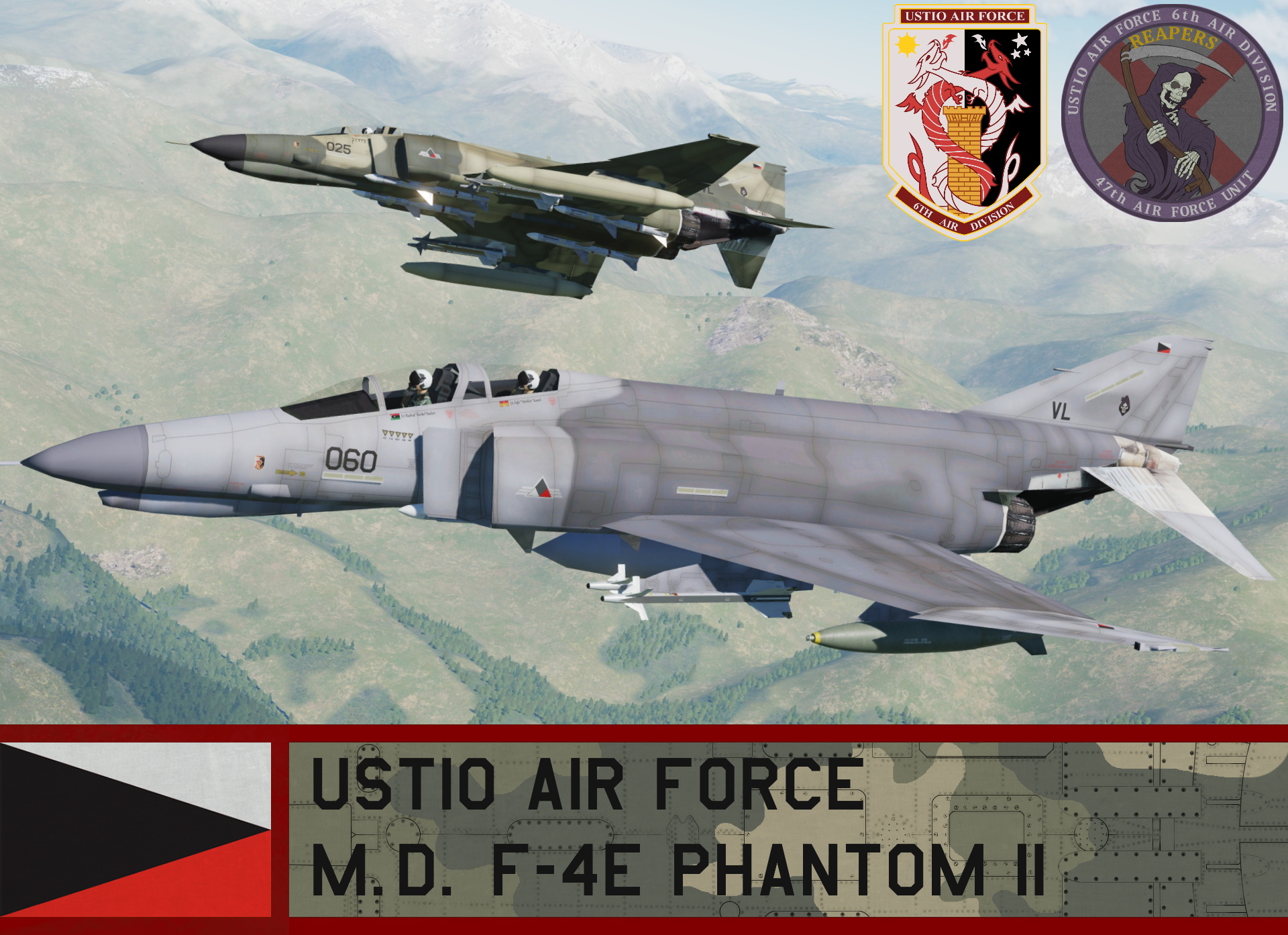 Having served in the Belkan Air Force throughout most of the 1970s and 1980s, Dermaut would later be moved over to the newly-formed Gebetan Air Force following the country gaining its independence in 1988. The next several years of service were rather uneventful, but in 1992 he was involved in an accident which resulted in the loss of three digits on his left hand making him unfit for flight duties. Not ready to quit flying he accepted a medical discharge over lighter duties and signed up with the Foreign Mercenary Forces later that year. In December of 1994, he was hired by the Ustian Government to help bolster their Air Force following a series of skirmishes and airspace violations along their border with Belka, going on to score several unofficial victories during the next few months. At the beginning of The Belkan War in March 1995 Dermaut was assigned to lead Reaper team where he used his knowledge of Belkan Air Force tactics and doctrines fr om his prior service to great effect during the Ustian's retreat fr om Directus. Reaper team would continue to be deployed as a defensive CAP force throughout the early stages of the war, later being assigned more multirole focused duties as the allies pushed into Belka. Following the end of hostilities in June, Dermaut decided to wait for his contract to expire at the end of the year rather than buy it out and leave early. Though not as profitable as combat ops the occasional post-war air patrol was still easy money. On December 25 1995 Valais Air Base was attacked by the organization A World With No Boundaries using their XB-0 Hresvelgr gunship. Dermaut managed to get to his aircraft safely but was killed when his F-4E was strafed by one of the XB-0's escorts while taxiing to the runway. Although he didn't officially fight for Gebet during the war his service under an Allied Nation was recognized and was buried with full military honors at Henri-Chapelle national military cemetery in Mons.

Manuel Bougie began his career in military aviation flying for the Royal Erusean Navy during the 1980s but would become increasingly discouraged over time as he was constantly passed up for promotion. This was most likely due to his outspoken opinions on Erusea's aggressive expansionist policies during the period. With his career going nowhere, Bougie resigned fr om the Navy and began looking for other work. After reading up on mercenary pilots during the Romney Civil War, Bougie would Sign up with Foreign Mercenary Forces in 1992. In January of 1995, Bougie was hired by the Ustian Government and would later down his first enemy the following month during one of the pre-war border skirmishes. At the official start of hostilities towards the end of March, he was assigned to the 47th AFU under Cpt. Dermaut, wh ere he would serve effectively in slowing Belkan Advances during the opening weeks of the war. Being well regarded as a dedicated pilot who showed strong loyalty to his fellow mercenaries often risking his own life to help others. One notable instance of him going against an enemy F-15 to save another pilot, Cpt. Patrice Brunelle (10th AFU) who's aircraft was limping back home with heavy damage. Bougie would continue to serve throughout the conflict but his luck would eventually run out on June 1, 1995, while escorting Osean Bombers during Operation Cannibal his aircraft was attacked by a Belkan night fighter. Having taken serious damage he disengaged from the battle and managed to get across the border into friendly Recta before needing to Eject. Finally making it back to base by June 7th with a declared ceasefire and no spare plane available his opportunities for additional combat had dried up. Rather than wait around doing nothing till the end of his contract he decided to buy out early to look for more work, eventually being hired by the Usean Allied Forces during the 1997 Usean coup d'état. After that conflict he decided to take things easy and set up residence in the Erusean Captial of Farbanti, unfortunately losing his life during the Ulysses 1994XF04 planetfall when the city was
hit by an asteroid fragment.
Tags: ace combat, ustio, F-4, F-4 Phantom, Skin
FOLLOW US