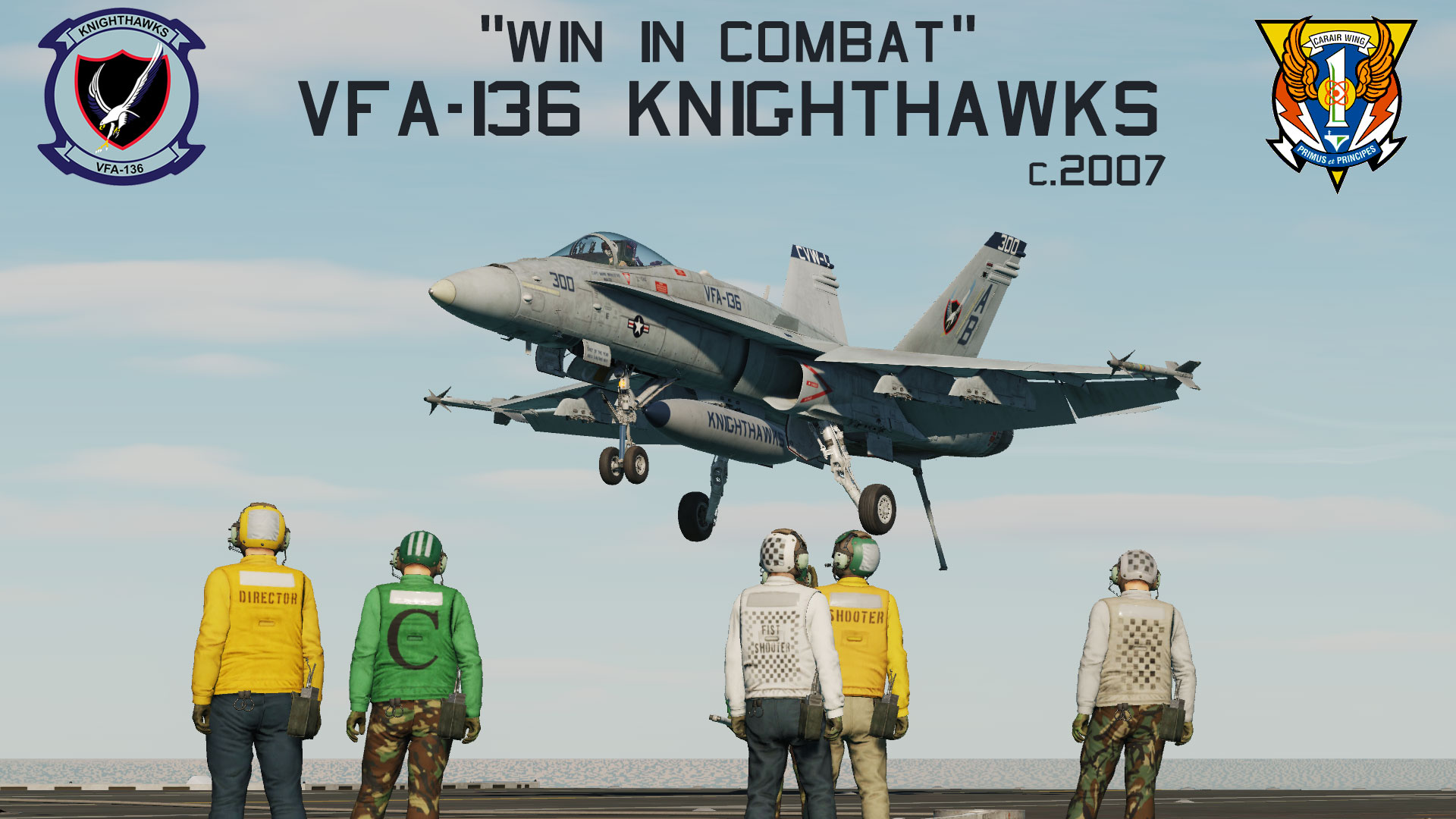 类型 - 涂装
作者 - Tholozor
Pack contains 2 liveries of VFA-136 from their last combat deployment with the Legacy Hornet in 2007. During this time, the squadron was deployed aboard the USS Enterprise (CVN-65) with Carrier Air Wing 1 (CVW-1/AB). Combat operations were conducted in support of OIF and OEF over Iraq and Afghanistan. In 2008, the Knighthawks transitioned to the Lot 30 Super Hornet, and were the first squadron to perform initial carrier certification aboard the USS George H.W. Bush (CVN-77) in 2009.

UPDATE: v1.10
- Added custom normal and roughness maps for the FPU-8/A to reflect the new filler cap.
- File Size Optimization: Textures shared between the generic and CAG liveries are now stored in a REQUIRED 'VFA-136 Shared' folder; description.lua files have been updated to point to this directory.

UPDATE: v1.7
- Updated the description.lua for GBU-24 to appear as thermally-protected.
- Added slight opacity to the 'AB' tail code.

UPDATE: v1.2
- Corrected missing vertical tail modex on CAG livery.
- Configured the description.lua to use pre-existing appearance for thermally-protected bombs for GBU-10/12/16/31/38 and Mk-82/82SE/83/84 (reverts to standard appearance when dropped).