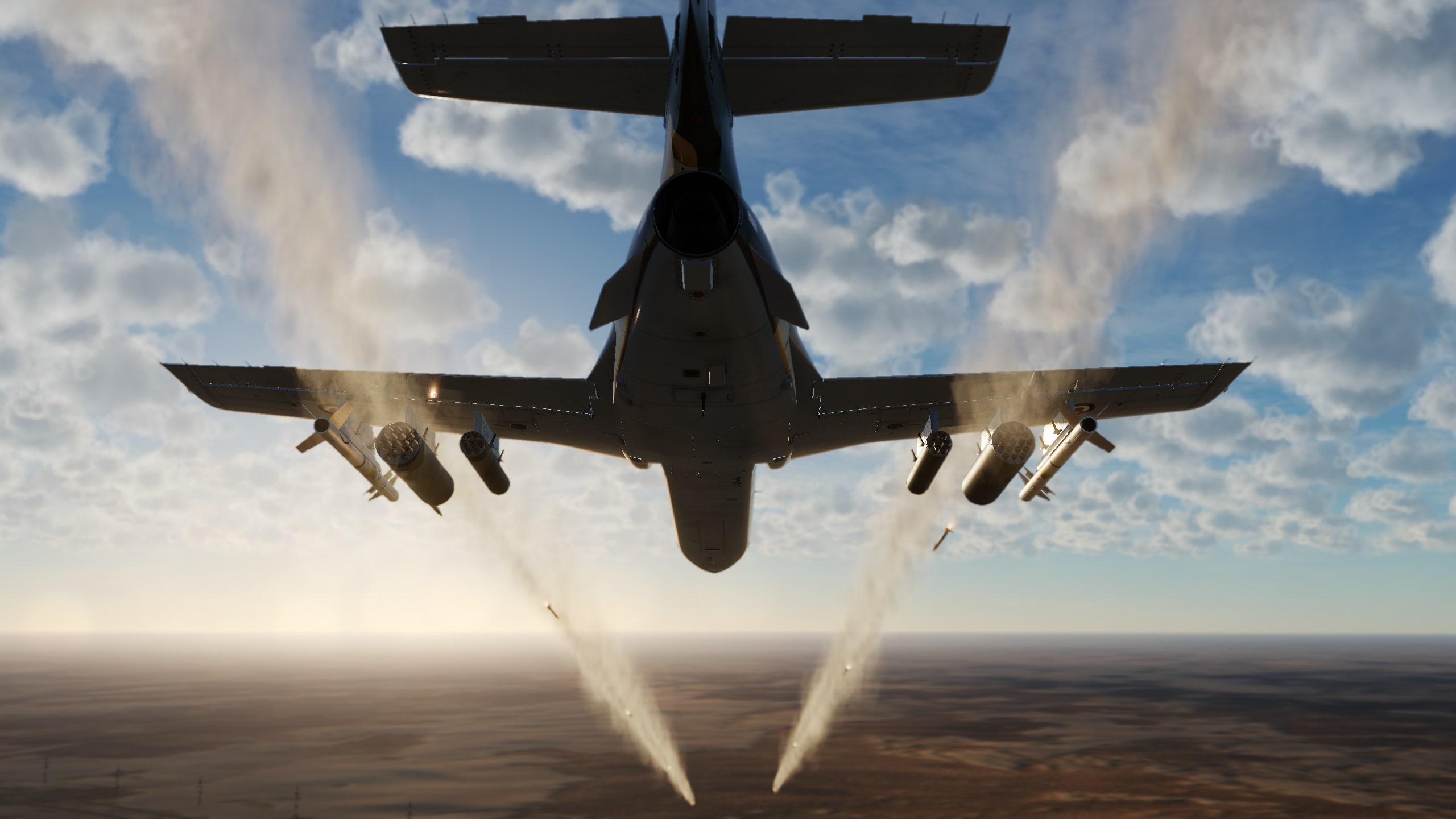 Dark forces are at work within the kingdom of Jordan. A nefarious cabal of military officers supported by radicalized ideologues who have taken over the media have attempted to overthrow HM King Hussein and his government. Loyalist forces have responded with determination and have gained the upper hand until two armoured convoys from Iraq attacked our border guards on highway 10 as of 0500 today. While boasting about their nonexistent accomplishments, the rebels have misled our neighbours who are now allowing foreign forces to cross the border on their way to our country. We are at a crossroad. We must not let our neighbours believe we have been so weakened they can openly support our enemies. You are to take-off from Mafraq air base and crush the enemy armoured convoy.

MISSION OBJECTIVE
All vehicles must be either destroyed or sent back to where they came from (to the east).

OTHER FLIGHTS
The king himself is flying his personal biplane to look for the convoy and provide updates as to its whereabouts (tune your radio to ch. 4 or 251 MHz after take-off).
Two F-16 flights will provide continuous BARCAP over central and eastern Jordan.
Теги: C-101, C-101CC, ground attack, Royal Jordanian Air Force
ПРИСОЕДИНЯЙТЕСЬ К НАМ