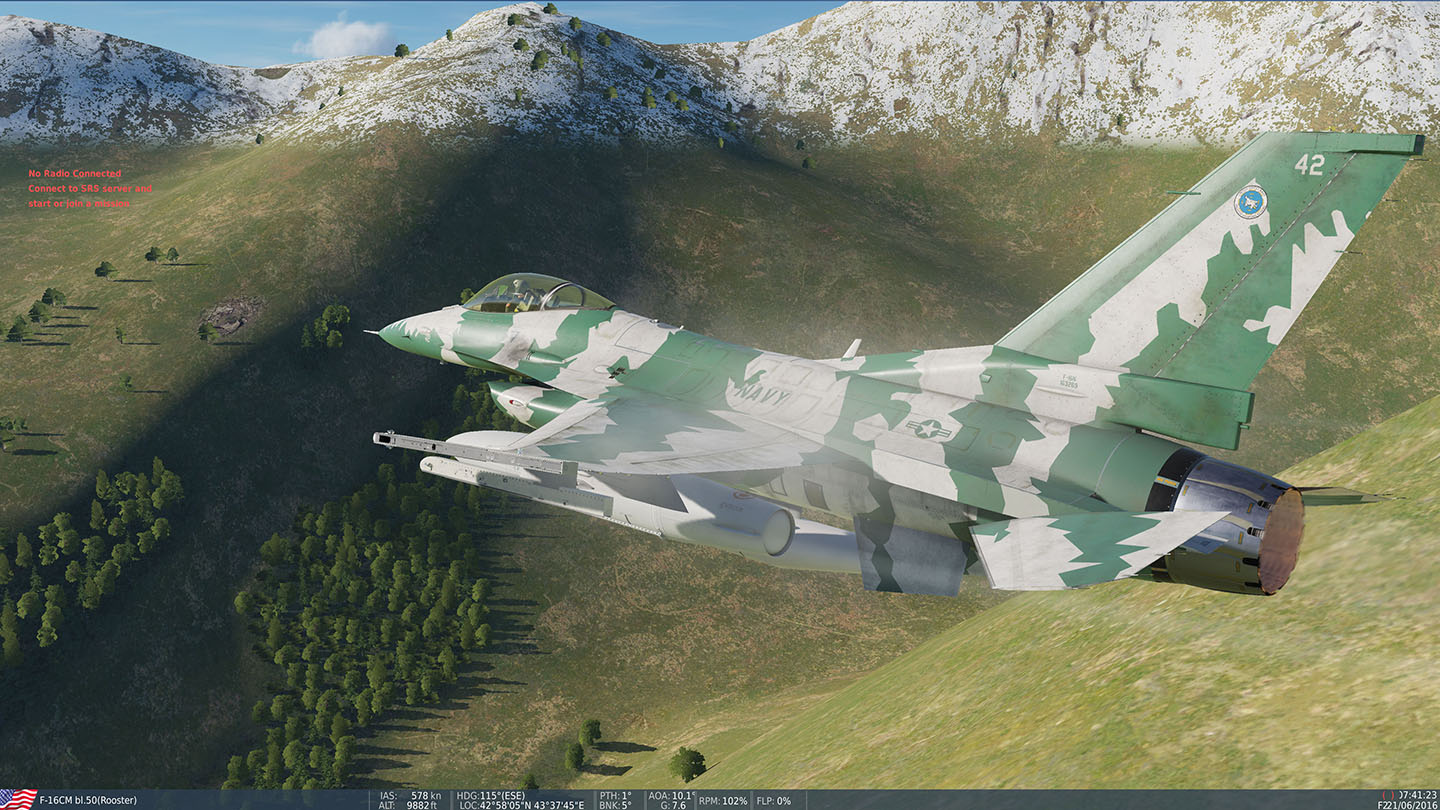 Тип - Текстура
Автор - Munny
Very Unusual pattern on this F-16. that was at some point used as an adversary fighter. It Is BuNo Number 163269. Painted with Navy titles on port fuselage, Marines titles on starboard. Circa 1985

I stumbled across this wild paint job on the web, and have looked around without much luck finding more information on this plane.  from what I can tell this plane was Originally ordered as F-16C for USN, but constructed as a F-16N Block 30B, and Taken on Strength/Charge with the United States Air Force with s/n 85-1370.
This serial was only used for book-keeping purposes and the airframe was delivered directly to USN. It seems very unusual to have both Navy and Marines on the plane, I am not sure if that  is from the round-robin ordering and delivery, or what. I think it currently  at San Diego Air and Space Museum, on display out front. I read a story from a Pilot at Top Gun, He said one day at Miramar a F-16N just "Showed up on the ramp" Painted like that. Him and the other pilots named it "The Lizard"

That is about all I have found on the plane. Would love to learn more if anyone knows.
Теги: The Lizard, Top Gun, Miramar, F-16N
ПРИСОЕДИНЯЙТЕСЬ К НАМ