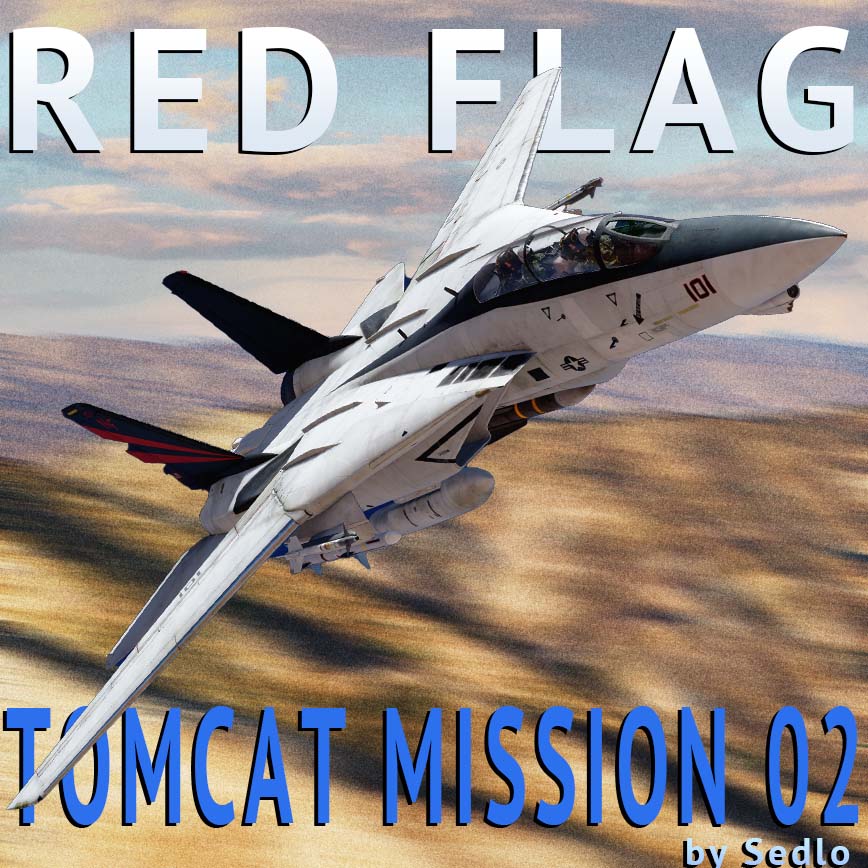 ZIP file contains both the mission file and a PDF mission briefing.  Unzip to your C:\Users\usernamehere\Saved Games\DCS.openbeta\Missions

−    Realistic communications are set to on.  This means you will have to tune your radios to the proper channels/frequencies in order to make any progress.  Make sure to know your keybinds for transmitting from COMM1 and COMM2.

−    All communications have subtitles in the upper right of the screen.  Upon reaching a point wh ere you must change your radio channel/frequency, or need to respond to someone via the radio, the last subtitle will remain on the screen until you do the required action.  So if you find yourself stuck, take a look up and see if there is a subtitle remaining above.

−    Do NOT change any of your weapons or weapons of the AI.  Many triggers in this mission are based on the type of weapon carried or fired, and messing with these will break the mission.  Please don’t do it.

−    Fly your planned route unless told to do otherwise.  Some of the triggers require you to fly to and from specific waypoints, so do your best to keep within your flight plan.  Of course, if you get bounced by IVAN, kick his ass.  THEN go back to your route.

−    You’re flying a simulated fighter aircraft, for goodness’ sake, do the overhead break when you get back to base.

−    The AI is AI.  That means, many of the times they will not do what you want them to, run out of fuel, or just fart around.  But then again, sometimes they will totally help you.

The approaching ORANGE forces are putting the COALITON anti-THC operation in jeopardy.  Non-essential COALITION forces are retrograding east, while COALTION Special Forces and conventional troops remain behind near RACHEL.

A high-pressure system continues to bring VFR weather across the region.  Winds generally moderate from the northwest but with increasing speed and associated turbulence into the late afternoon.  Visibilities 7 miles are greater are forecast.

•    Expect the FYTTR departure off runway 03 at KLSV with the FLEX turnout.
•    Expect to be pushed to departure after Dodge 14 gets airborne.
•    Check in with ALLEYCAT when instructed.  Tanking is available prior to push or after egress (or both).
•    After check in with FOCUS, expect to orbit the hold and push from the IP at :45 past the hour.
•    When egressing the target area, head towards waypoint 2, that’s you’re exit from the Red Flag exercise area.
•    On arrival, expect to be cleared direct ACTON > APEX > Visual approach to runway 21L or 21R at KLSV.
•    FLY THE OVERHEAD BREAK!
•    Have fun!

I hope you enjoy flying my RED FLAG TOMCAT mission.  I had a lot of fun making it.

Or you can get in touch me through the Eagle Dynamics forum, my user name is SEDLO.