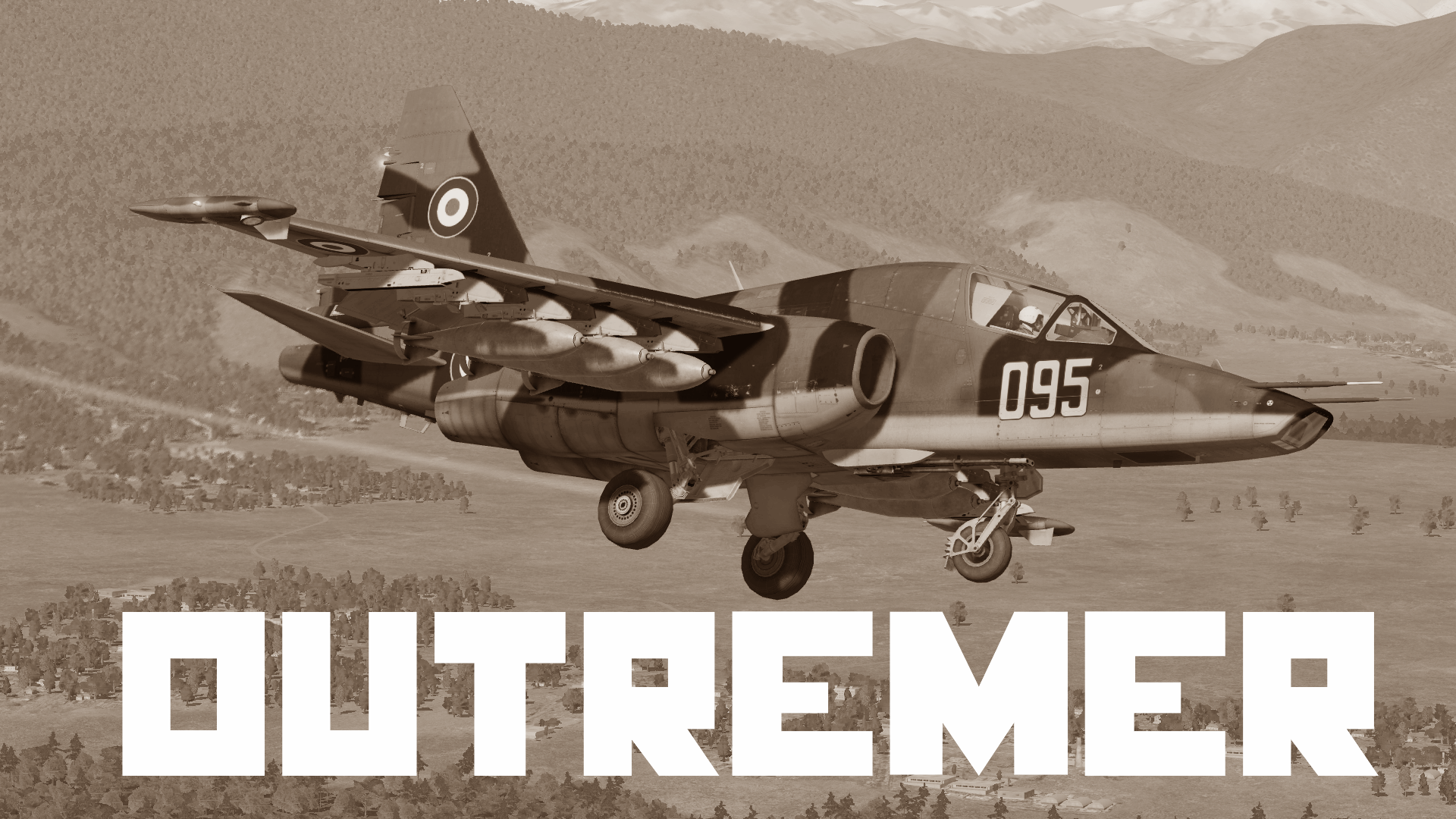 Type - Campaign
Author - SFC Tako
This campaign is specifically made for those who are interested in what DCS has to offer. For no money whatsoever. YES, the sim itself is free and the Su-25T is one of two aircraft included for free (the other one being a civilian Mustang). Now some might say the Su-25T isn't "kewl" or "rad" enough. Because it's one of the oldest DCS aircraft and because it's too easy in the handling or such. Well, I suppose it isn't much of a challenge if you only fly in fine weather, at mid-day and over a flat desert. In this campaign however, there's none of that. You will learn to cope with adversity AND learn to handle this brick...in the worst of conditions. If you manage to finish this campaign, you already have what it takes to fly any other aircraft in DCS. Trust me on that. DIFFICULTY: Beginner tough guy

This is a very old campaign but as DCS is constantly changing, this campaign has now been thoroughly polished and tested.
-First of all, to be able to unpack the files included - you must use WINRAR (just Google it, OK?).
-Secondly, when you've unpacked that file - you must read the instructions. Asking for help and clearly letting me know you haven't read the instructions...well guess what?
You will be dearly ignored. Because lazy people are a total waste of time. Always have been. Now then, having squared that away, ANY feedback on the campaign itself is always welcome. Especially if you're a new "pilot".

September 21st, 2019: Some of the briefings have been cleaned up/corrected
Tags: Macho, French, Biggles-style boy's adventures, Alternative History, Scary Moments, even MORE loud explosions than before, BOMBS
FOLLOW US