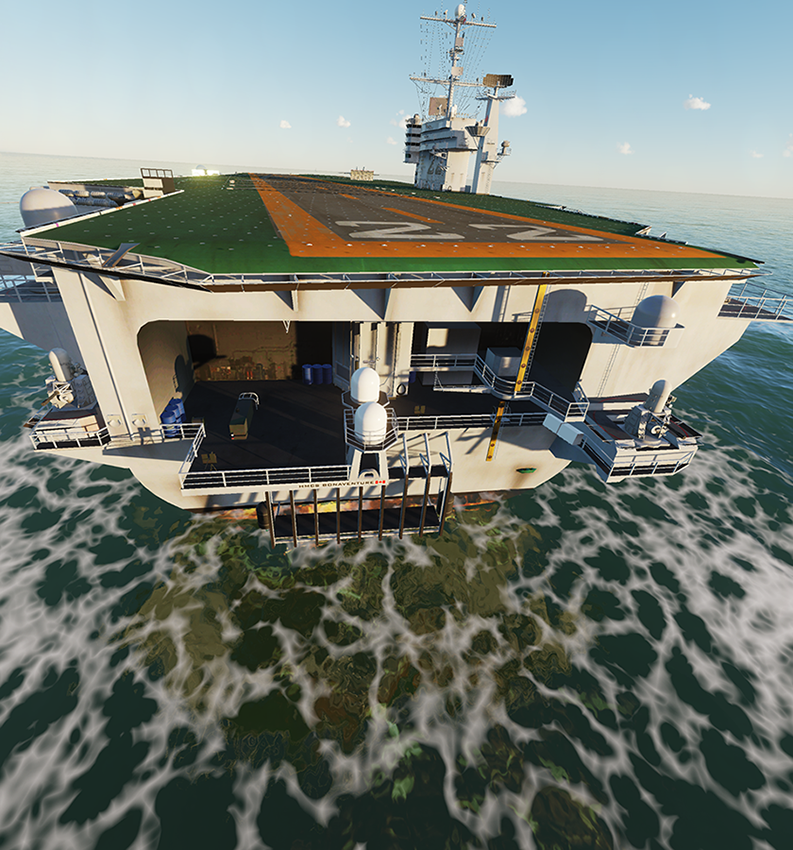 And to complete the battle group,

类型 - 插件
作者 - markindel
From: https://en.wikipedia.org/wiki/Buyan-class_corvette
The Buyan-class corvette was designed by Zelenodolsk Design and designated Project 21630 by the Russian Government. This is one of the newest corvettes of the Russian Navy. The first ship of her class, Astrakhan, was commissioned in September 2006, and assigned to the Caspian Flotilla.
标签: Ship, Corvette, Buyan-class corvette
下载 详细
DCS: World
其他

类型 - 插件
作者 - markindel
HMS Hood (pennant number 51) was the last battlecruiser built for the Royal Navy. Commissioned in 1920, she was named after the 18th-century Admiral Samuel Hood. One of four Admiral-class battlecruisers ordered in mid-1916, Hood had serious design limitations, though her design was drastically revised after the Battle of Jutland and improved while she was under construction. For this reason she was the only ship of her class to be completed.

From Wikipedia, the free encyclopedia:
As one of the largest and, ostensibly, the most powerful warships in the world, Hood was the pride of the Royal Navy and, carrying immense prestige, was known as ‘The Mighty Hood’.
标签: Ship, WWII, Hood, Battleship
下载 详细
DCS: World
其他

类型 - 插件
作者 - markindel
The Type 054A (NATO codename Jiangkai II) frigate is a class of Chinese multi-role frigates, the first of which entered service with the People's Liberation Army Navy Surface Force in 2007. The class is planned to comprise 24+ vessels. As of 2015, 20 are in service, 2 are fitting out, and 2 are under construction. It is a development of the Type 054 frigate, using the same hull but with improved sensors and weapons.

The Type 054A was first revealed while under construction at the Guangzhou-based Huangpu Shipyard in 2005.
标签: China, Ship, DDG 579 HanDan
下载 详细
DCS: World
其他

类型 - 插件
作者 - markindel
New release of USS Cole.
In this version, the flight deck is fully functional.
you can start the mission with the helicopter positioned on the flight deck.
标签: Ship, Uss Cole
下载 详细
DCS: World 2.7
其他