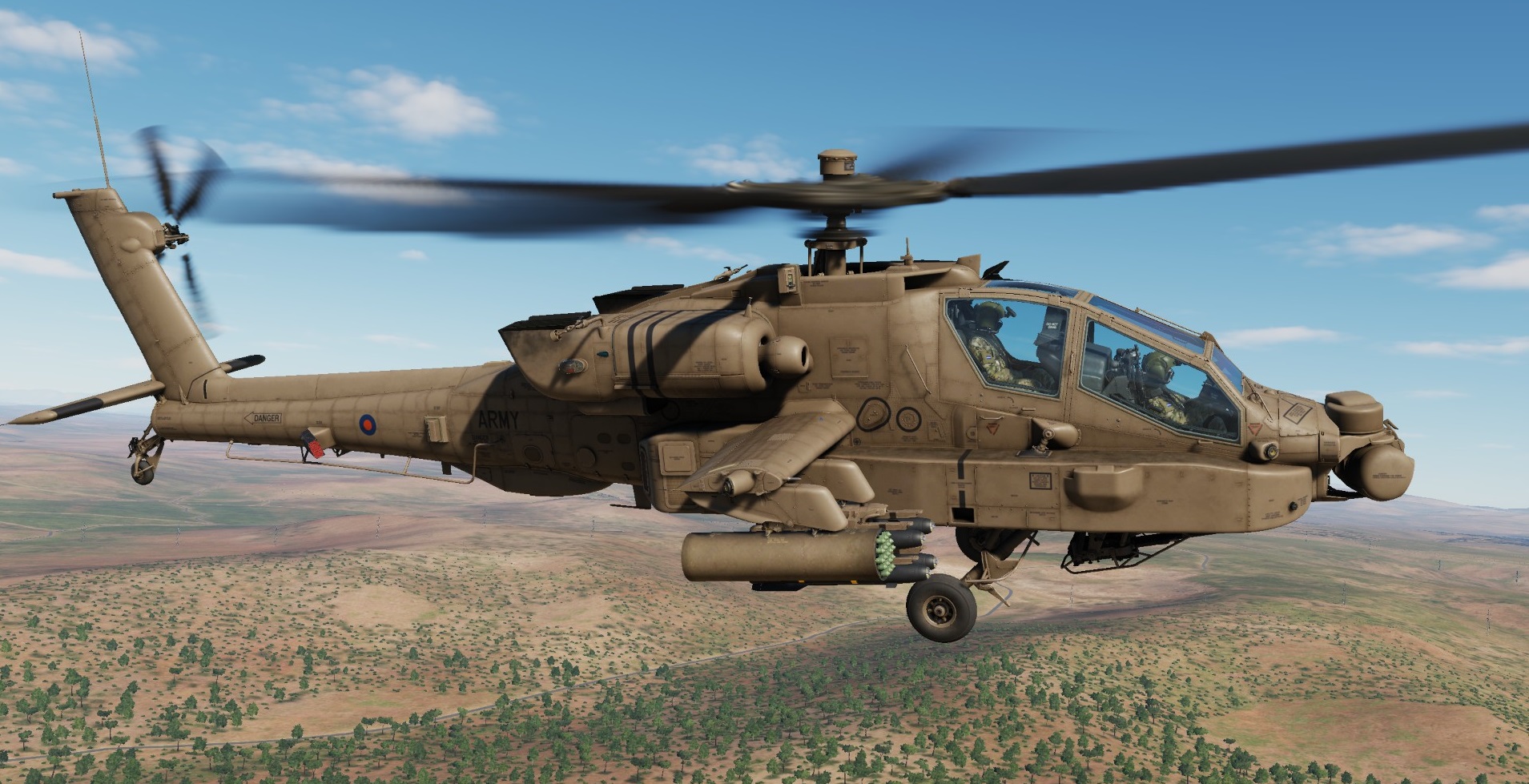 Fictional (but plausible) British Army desert livery for the Apache.

This livery uses the official 'Army Brown' paint scheme adopted by the British Army in 2013 for vehicles in desert deployment zones. I also dirtied them up slightly for a more 'rough and ready' appearance. Payloads and radar dome have been reskinned to match.