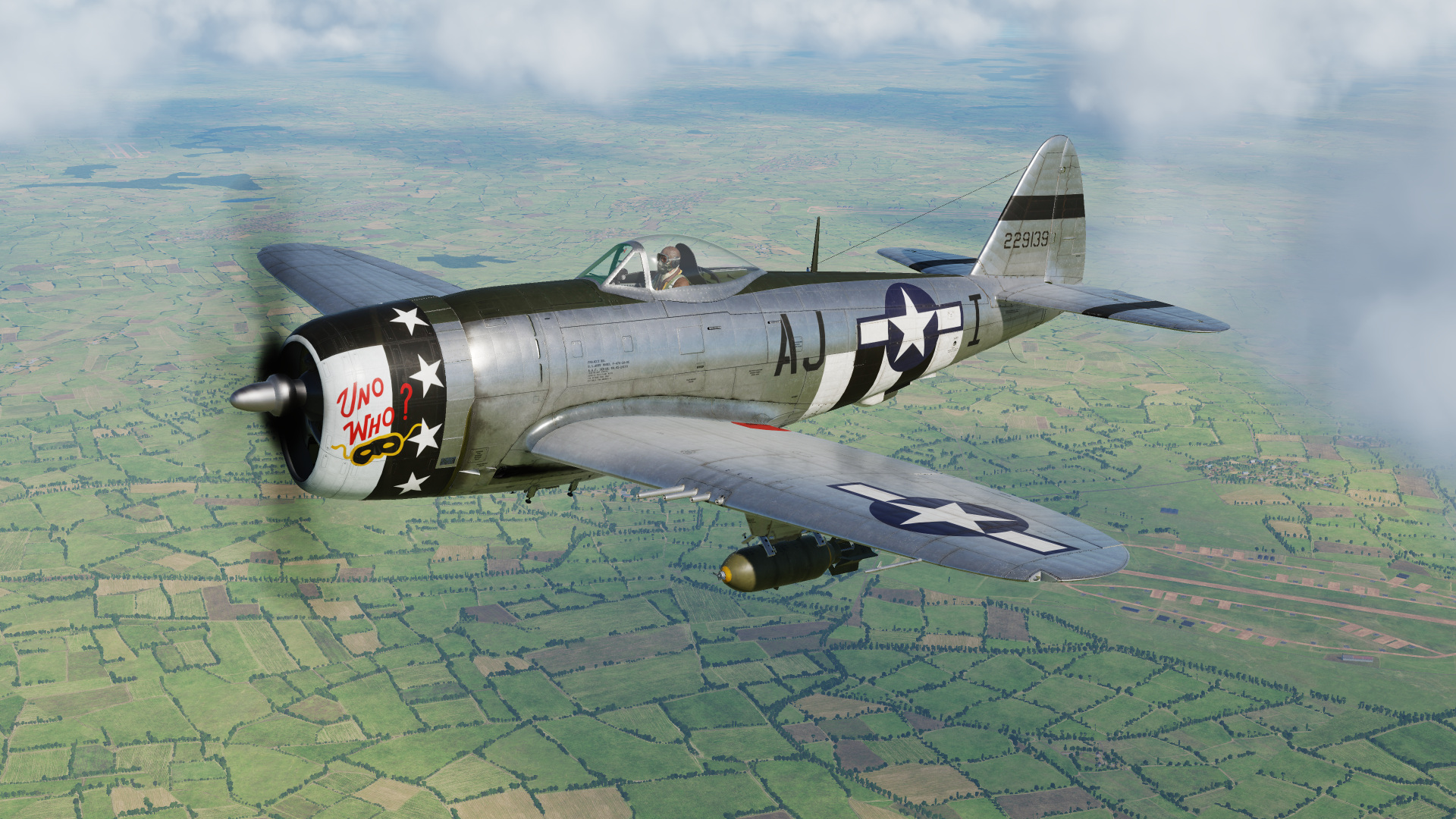 Lamb would end the war with 7.5 kills.

The 356thFS were very identifiable by their distinct display of stars around the cowling.

However the colour of the background to the design has been misconstrued as being Insignia Blue for decades.

Recent research has confirmed that this background was in fact black.

When the 354th received their P-47's the cowlings were all painted black and the stars and white nose painted over them.