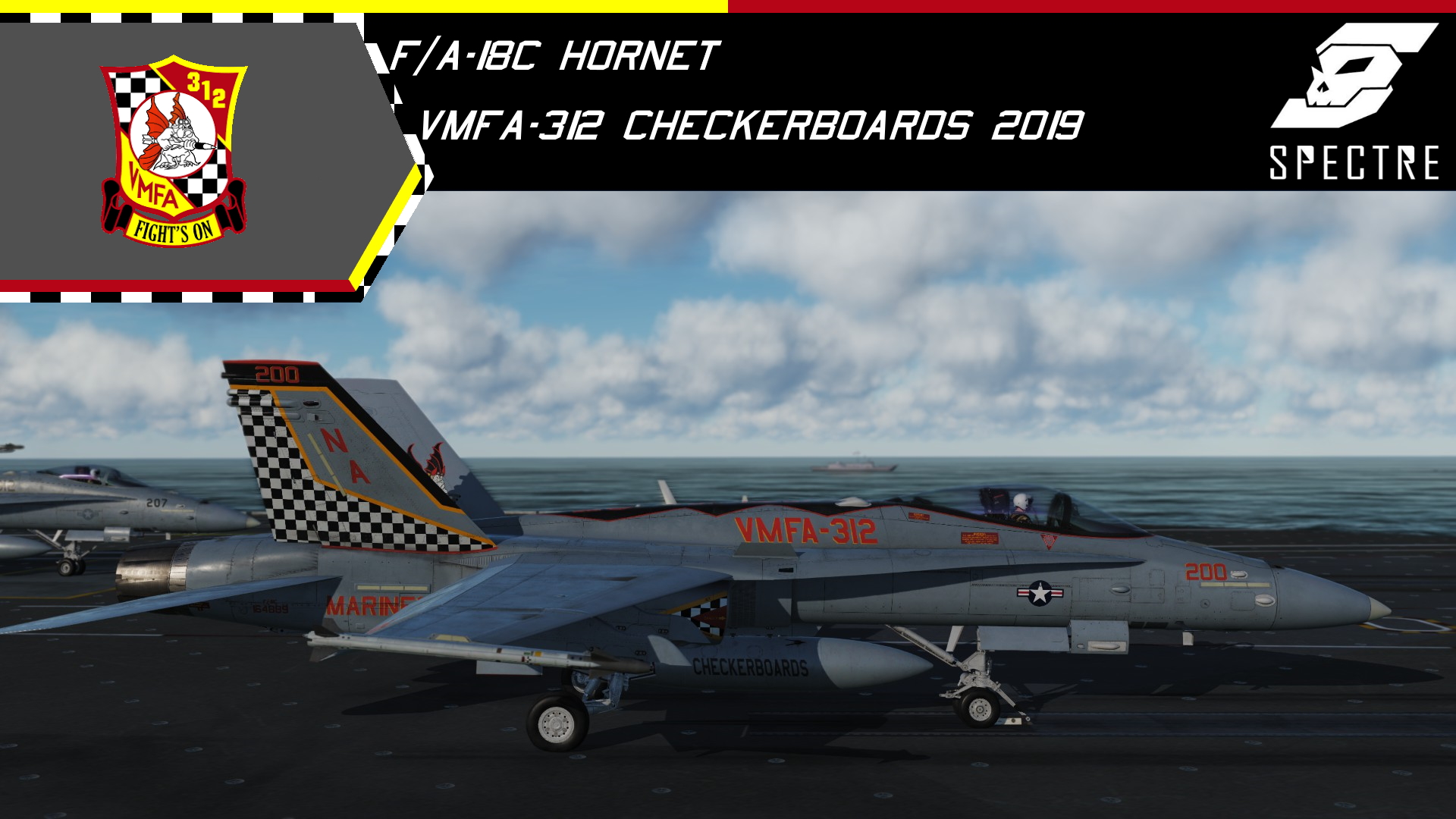 These liveries are based on the 2019 VMFA-312 "Checkerboards" CAG Hornet and High Visibility livery.