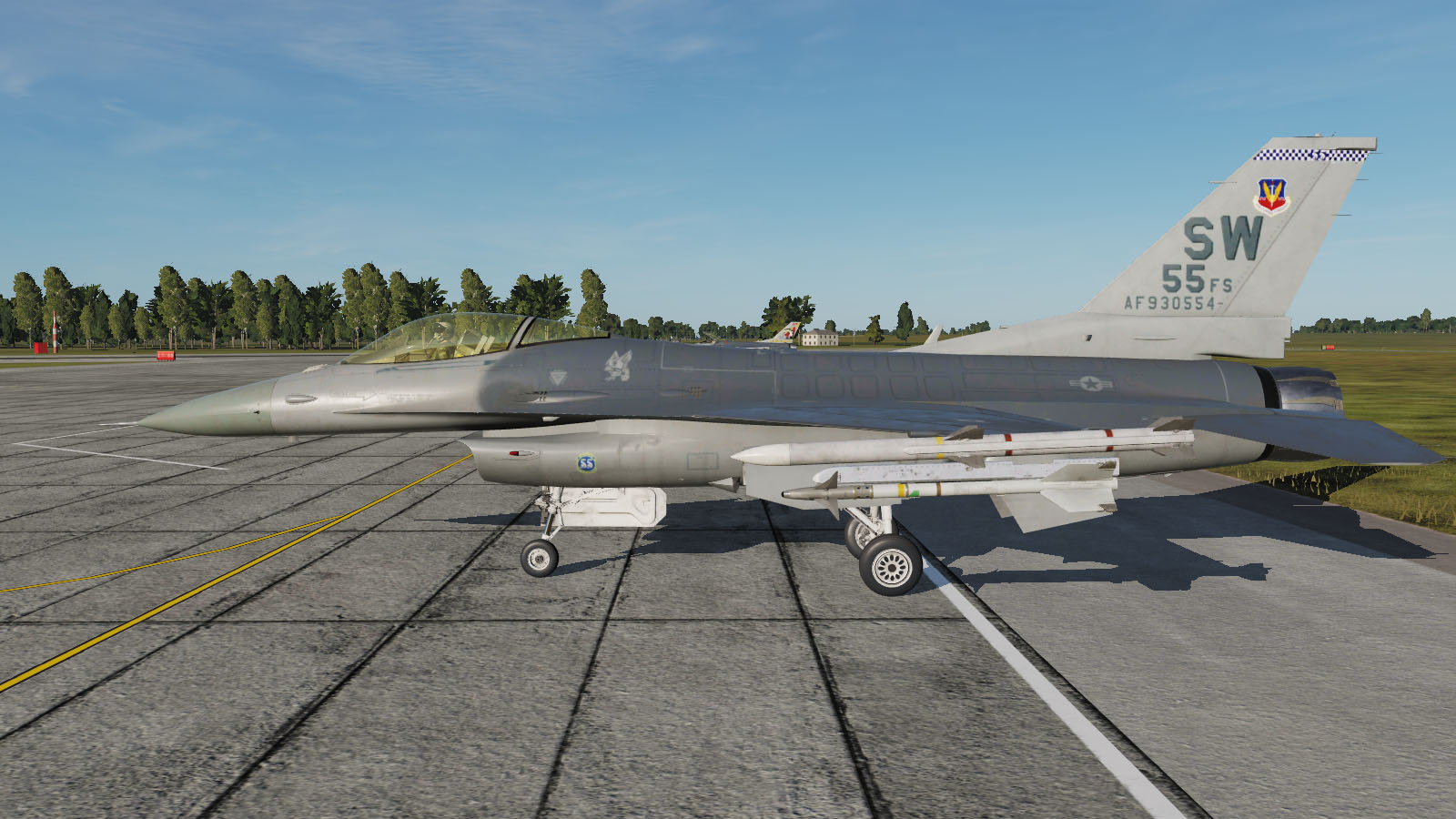 类型 - 皮肤
作者 - GIMloo
F-16 History<br /><br /><br />
The 55th FS started receiving the first F-16s in 1997. During July of 1996 the 55th FS slowly began moving out its A-10s to Pope AFB. Shortly after all the A-10s were gone the squadron stood down and began the process of transitioning to the F-16C/D block 50. In July of 1997 the 55th FS became operational with the F-16 making Shaw strictly an F-16 base. With all squadrons fling the block 50 the 20th FW became a dedicated Wild Weasel operator. A USAF record was set when the squadron stood up combat ready in only 60 days.<br /><br /><br />
<br /><br /><br />
For the Wild Weasel mission the aircraft were equipped with the HARM Targeting System (HTS) and the AGM-88 HARM missile. With the development of more advanced targeting pods it became possible to deploy these airframes in the so-called Destruction of Enemy Air Defense (DEAD) mission. This improves the output of each mission dramatically with the aircraft being able to detect and destroy radar systems and also being able to destroy other dedicated targets.
标签: F-16CJ. F-16C, Skin. Skin F-16C, Wild Weasel, Viper, Falcon
关注我们