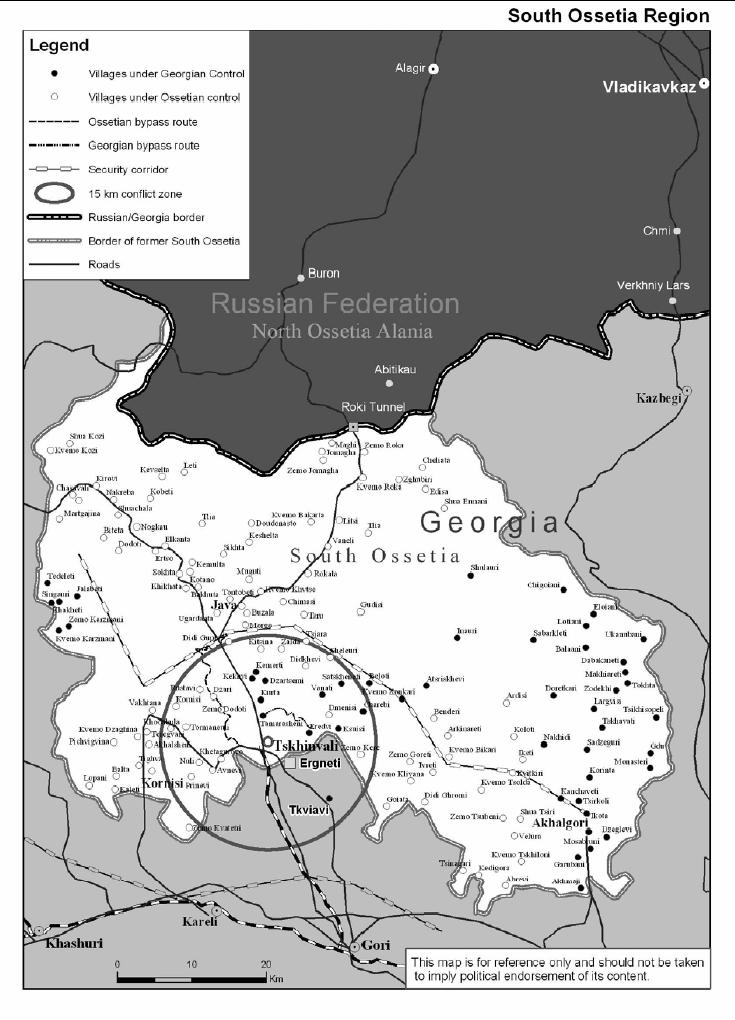 BLUEFOR and REDFOR are fighting for the control of Tskhinvali.

BLUEFOR has moved artillery units and REDFOR is moving armoured columns to the Tskhinvali area.
Civilians are fleeing and their safety must be guaranteed.

*** WHAT IS IT? ***
Roki Challenge is a PvE/PvP endless mission.
The mission is scripted dynamically using MOOSE and a mission will never be the same as another one.
AI CAP and CAS units are randomized and spawn from different templates with random skill levels to create a different experience every time the mission runs.
The scenario is loosely based on the 1991–1992 South Ossetia War.

*** HOW DOES IT WORK? ***
BLUEFOR will use artillery to attempt to neutralise REDFOR columns.
REDFOR will keep pushing columns to obtain control of the South Ossetia - Georgia border.

The security corridor for fleeing civilians must be kept open.

REDFOR has declared the airspace above South Ossetia as a NoFly zone.

*** WHAT DO I DO? ***
As a REDFOR participant you must enforce the NoFly zone above South Ossetia and protect our Barracks at the exit of the Roki Tunnel.
You also must protect ground forces from BLUEFOR CAS operations.
Hitting BLUEFOR Command Outpost will stop their CAS coordination for 30 minutes.
Hitting BLUEFOR EWR will stop BLUE from having EWR information for 60 minutes.

As a BLUEFOR participant you must guarantee the Security Corridor safety and keep it clear from aggressions. Whenever a civilian is attacked there will be a report and mark on the map for CAS flights to investigate.
CAS operations will trigger REDFOR CAP, so you better have air cover.
Additionally, there are REDFOR military installations at the exit of the Roki Tunnel. Those installations are used as a logistics base for REDFOR supplies. That logistic base must be neutralised to stop REDFOR columns for 30 minutes.
Helicopters will play a big role, they can deliver Anti Tank troops to Tskhinvali, drop smoke signals and deploy armoured units or AAA to the frontline.

*** BLUEFOR AFAC INTERACTION ***
I've worked a lot on a system to make AFAC interaction feel more alive than the current implementations.
At mission start there will be an AFAC that will patrol the Tskhinvali area.
First things first, the player must "subscribe" to the AFAC via F10 menu radio option to get detection and AFAC position reports.
Once a target is detected the player should form up or get in the vicinity of the AFAC. To help idenfitication you can also ask the AFAC to shoot RED flares.
GET IN FORMATION WITH HIM and order "Smoke Targets", the AFAC will go to the nearest identified threat to mark it with smoke rockets.
This is not the usual "static smoke on target", the AFAC will actually run in and smoke the target with WP rockets and will keep smoking the target until ordered "Tasking Out".
When you are done with the target use the menu "Tasking out" and the AFAC will resume its own patrol, if it detects other targets the full cycle can restart.

*** IMPORTANT NOTE ***
To make the scoring system work in single player, login as spectator and wait for all scripts to be loaded (you will see the notification messages).
After successful loading you can login with your desired coalition/slot.